Accessibility links
WHO Warns Of Dire Conditions, Deaths Of Children At Refugee Camp In Syria More than 20,000 people, mostly women and children, have arrived at the al-Hol camp in northeastern Syria in just two months. The World Health Organization says aid workers are struggling to keep up. 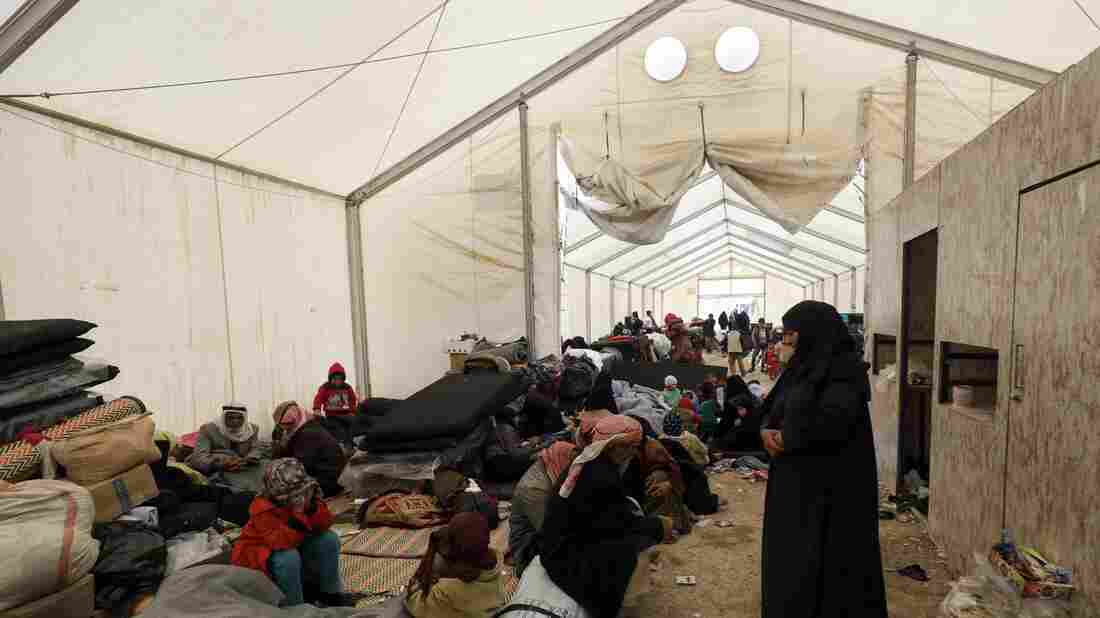 Displaced Syrians gather inside a tent in the al-Hol camp in northeastern Syria in December. Delil Souleiman/AFP/Getty Images hide caption 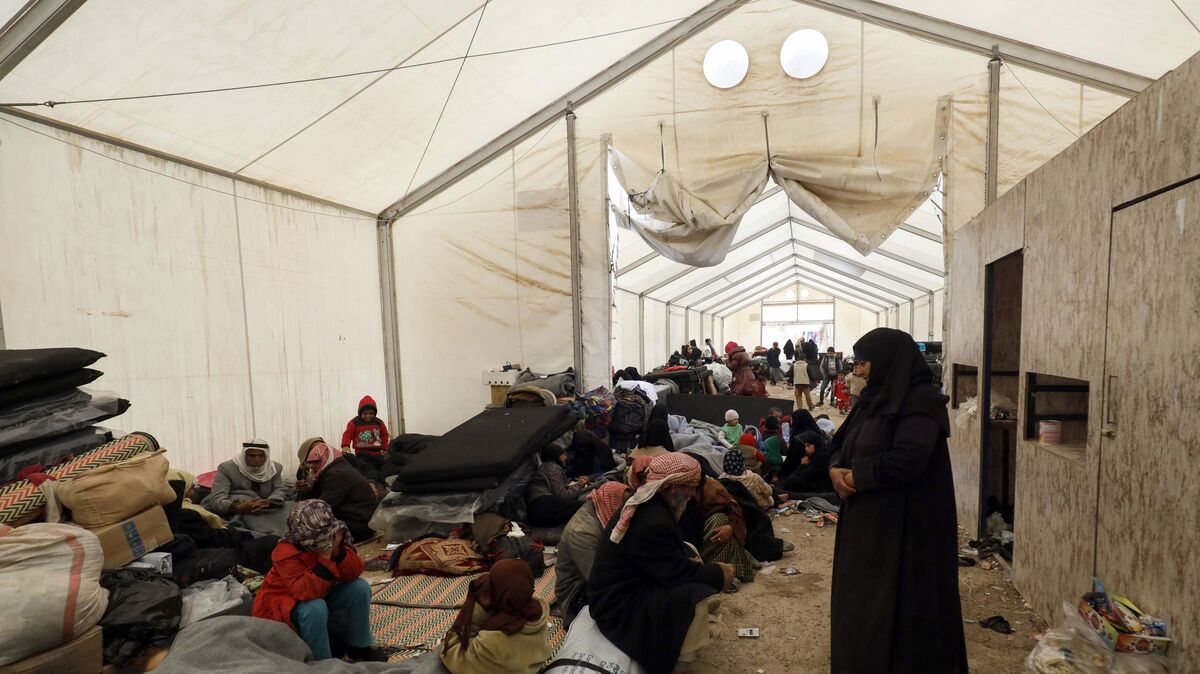 Displaced Syrians gather inside a tent in the al-Hol camp in northeastern Syria in December.

At least 29 children and newborns have died over the past two months in or on their way to the al-Hol refugee camp in northeastern Syria, the World Health Organization says, as the camp struggles to deal with cold winter conditions and an influx of displaced people.

Most of the children died of hypothermia, according to a report from WHO, released Thursday.

About 23,000 people have arrived at the camp in Hasakeh province in just eight weeks, WHO says. Once made up mostly of Iraqi refugees, the camp near the Iraq-Syria border has tripled in size since December — from about 10,000 to nearly 33,000 people. Most of the new residents are Syrian women and children fleeing fighting between U.S.-backed Syrian Democratic Forces and the remnants of the Islamic State.

Many arrivals spend days in unheated reception and screening areas, according to WHO, after making the journey from neighboring Deir Ez-Zor province on foot or in open-air trucks.

"We came with just the clothes on our backs," one displaced Syrian, who made a weeklong journey to the camp on foot, told NPR this month. "We slept in the desert in the rain."

Hundreds of thousands of Syrians have been displaced, many numerous times, during the battle to retake large swaths of the country captured by ISIS in 2014.

The surge in arrivals to al-Hol this winter comes as Kurdish and Arab forces say the fight has reached its last days, NPR's Lama al-Arian reports. Many children come to the camp separated from their parents, and authorities are working to reunite families.

Elizabeth Hoff, WHO's representative in Syria, says aid teams are struggling to cope with the "critical" situation in the camp.

"Children are dying from hypothermia as their families flee to safety," Hoff said in the report. "We are scaling up our efforts in Al Hol, but we need faster approvals to allow us [to] deliver supplies, and we need guaranteed access to both the camp and the roads leading to it."

Bureaucratic obstacles and security constraints have hampered humanitarian access to the camp, according to WHO. Shortages of health care services, tents, latrines and sanitation facilities have plagued al-Hol. The organization says it has deployed additional vaccination teams and has begun training health care workers on neonatal resuscitation.

Officials are scrambling to prepare tents and food aid for hundreds more people expected to arrive at the camp, Arian reports.

The vast majority of people at al-Hol live in tents provided by UNHCR, the U.N.'s refugee agency, according to a ReliefWeb profile released last summer. At the time — well before the influx of displaced Syrians — nearly two-thirds of residents reported inadequate shelter, including poor conditions and lack of electricity