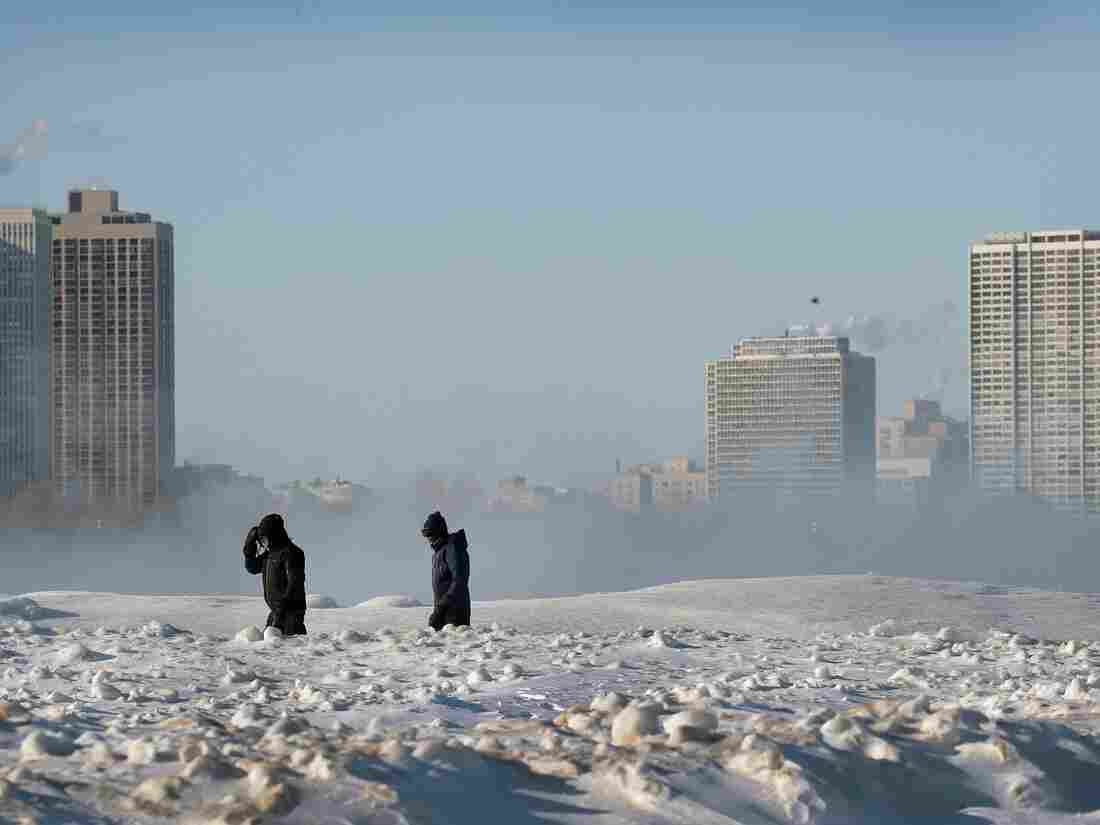 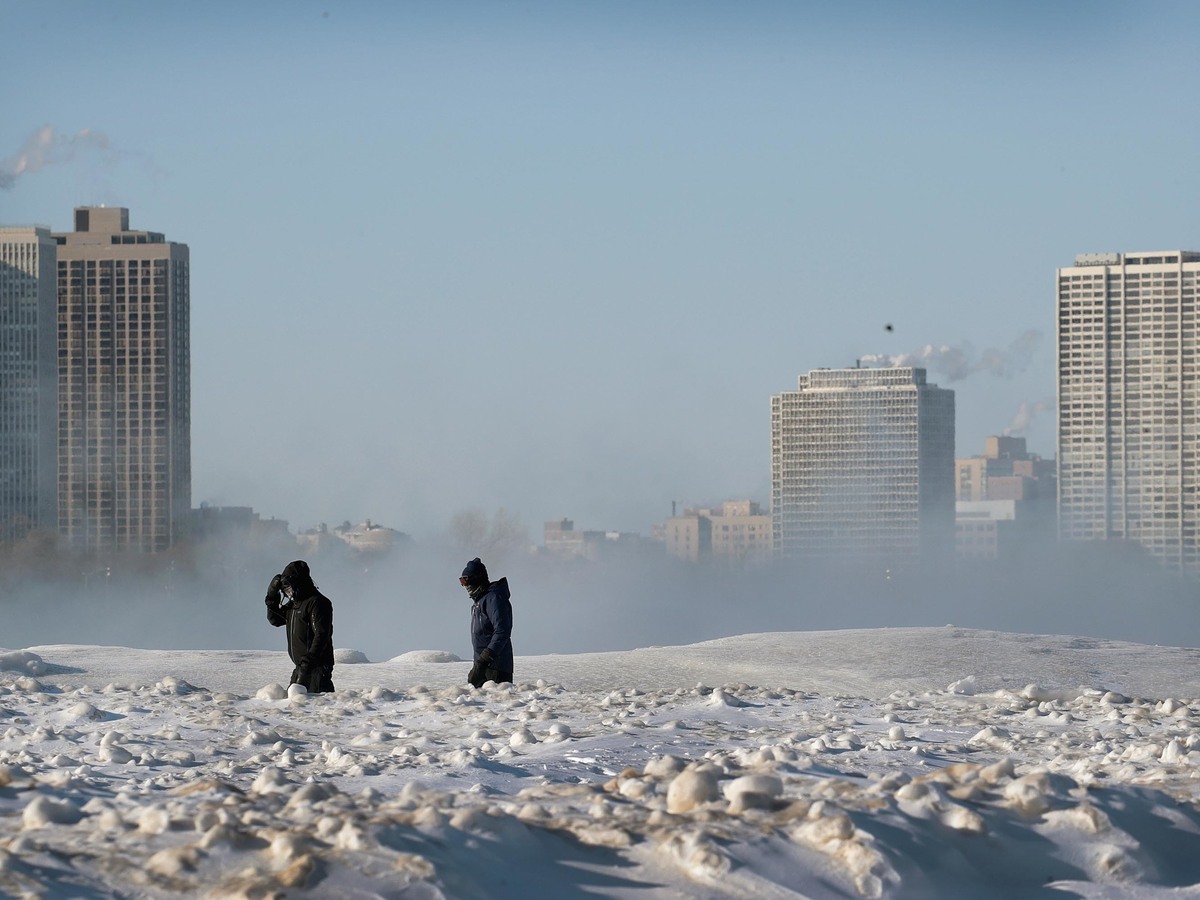 Bitterly cold temperatures continue to grip the Great Plains and Upper Midwest. People are seen here walking along the frozen lakefront on Wednesday in Chicago.

The polar vortex that has gripped the Plains and Midwest will finally lift back into Canada, the National Weather Service says, promising a warmup that will bring a whiplash shift in temperatures. By Saturday, the agency says, the central Plains area will see temperatures in the low 60s — nearly 20-25 degrees above normal.

But on Thursday, the vortex is still sitting on a broad swath of the U.S. like a massive ice cap, causing school closures, business shutdowns and other disruptions. In the Upper Midwest, wind chill values are between 50 and 20 degrees below zero on Thursday. And that's an improvement over Wednesday's even colder numbers.

The polar vortex is a system of intensely cold air that has drifted down from the North Pole to freeze a big chunk of the United States. For the second day in a row, intense cold and windy conditions forced U.S. airlines to cancel more than 2,000 flights. Heavy lake effect snow has been hitting states downwind of the Great Lakes; the NWS says that snow will finally start to taper off by Thursday night and into Friday.

During the cold snap, Chicago's normally busy O'Hare International Airport has seen the most flight cancellations, with more than 700 on both Wednesday and Thursday, according to the FlightAware aviation tracking site.

Taylor Scallon shared this video with @weareiowa5news. Here's what happened when she stepped outside, with wet hair, into Iowa's record setting cold! pic.twitter.com/sZV5a8yVBb

In Minneapolis, residents woke up Thursday to another day that started with temperatures in the negative double digits.

"Most schools are closed for a third consecutive day and homeless shelters have added extra beds," reports Matt Sepic of Minnesota Public Radio. "In Minneapolis, social service agencies have found space for everyone in need. Some families with children who couldn't get into the usual shelters were given hotel vouchers."

The polar vortex is old news in North Dakota, among the first U.S. states to feel the frigid cold earlier this week. The worst conditions have now lifted, but the NWS office in Grand Forks warned Thursday morning that wind chill values would still be in the minus 25 degrees to minus 35 range.

"While an improvement, these values are still cold enough to cause problems if you are not dressed properly for the cold," the office said.

Thirteen deaths have been blamed on the vortex, according to The Associated Press.

Some utility companies in parts of the Upper Midwest have asked customers to turn down their thermostats to ensure that there's enough natural gas to go around. In Michigan, Consumers Energy requested that customers set the temperature at 65 degrees or lower until noon Friday.

In Chicago, residents were bracing for another snowstorm, and Mayor Rahm Emanuel urged people to stay indoors. "This is not just bad weather," he said. "We look at it as a public health risk."

How cold is it in Chicago at the moment....? pic.twitter.com/U3wJnHZwFY

If it is frigid where you are, take precautions to ward off frostbite. Don't go outside if you don't have to, and if you do, make sure all areas of skin are covered. Wear layers, and make sure your hands, neck and head are covered.

"Even going outside for two to three to four minutes you immediately can sense that cold deep into your lungs," George Chiampas, professor of emergency medicine at Northwestern University, told NPR. "Your fingers and your face starts getting numb and painful within three to five minutes."