Accessibility links
Months-Long Dutch Church Service To Protect Migrants Ends After Policy Shift The Bethel Church in The Hague carried on services for 96 days to protect the Tamrazyan family, Armenian migrants who have lived in the Netherlands for nearly nine years, from deportation. 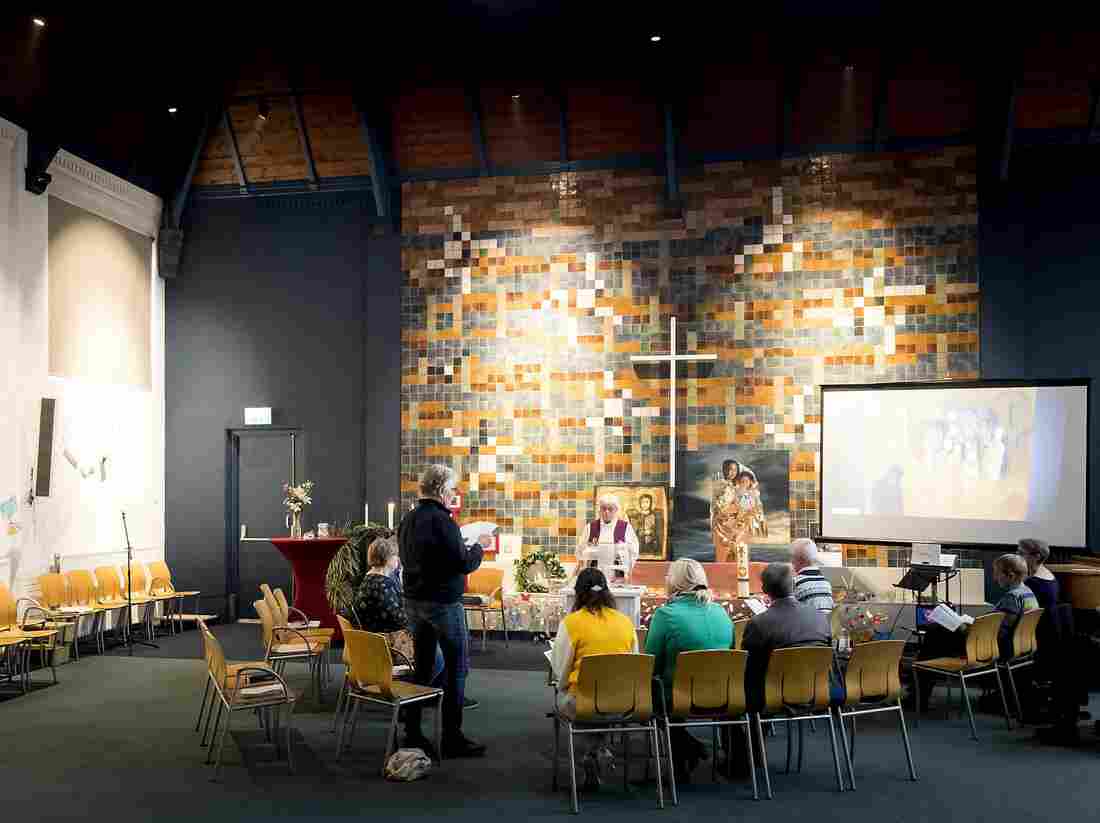 A months-long service has come to a close at a church in The Hague, Netherlands. Koen Van Weel/AFP/Getty Images hide caption 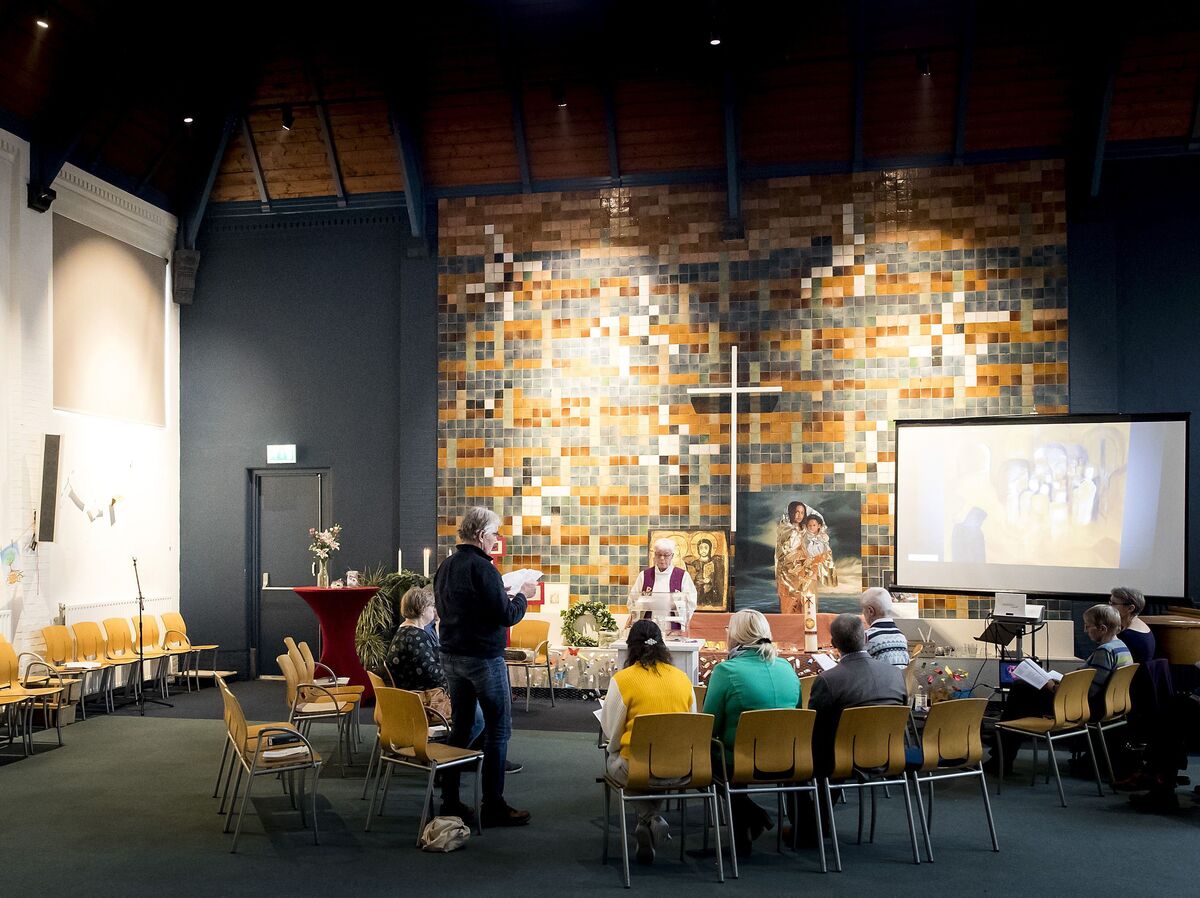 A months-long service has come to a close at a church in The Hague, Netherlands.

Every day, for more than three months, a church service at a small Dutch chapel went on around-the-clock. Pastors worked in shifts. Volunteers worshiped.

The Bethel Church in The Hague started its nonstop service on Oct. 26 to protect an Armenian immigrant family from deportation, under a Dutch law that forbids police from disrupting a church service to make an arrest.

For 96 days, the Tamrazyan family lived in the red-brick church building in a residential neighborhood. The family of five has resided in the Netherlands for nearly nine years since fleeing Armenia, The Associated Press reports, and the country's highest court ruled last year that they must return.

But the service came to an end Wednesday, in response to a policy shift from the government that provides temporary protection to the family, including the parents, two daughters and a son, among other migrants.

The Dutch ruling coalition said Tuesday it would review the cases of hundreds of young migrants whose asylum applications had been rejected because they had not cooperated with deportation orders – cooperation is a qualification for amnesty in the Netherlands, The New York Times reports.

Then on Wednesday, State Secretary for Justice and Security Mark Harbers told lawmakers that families would be allowed to stay in the Netherlands while their children's cases are processed, AP reports. It's not clear how long the review will take. Most of the children are expected to be eligible for amnesty, according to Harbers.

"We are extremely grateful for a safe future for hundreds of refugee families in the Netherlands," said Theo Hettema, a church official, in a statement. "For months we have held up hope and now that hope is taking shape."

Hundreds of pastors from the Netherlands, Germany, France and Belgium rotated through the church between October and January to carry on the service, The Guardian reports. Pastors said they were taking part on behalf of all the children of asylum-seekers, not just the Tamrazyan family.

"The Protestant Church of The Hague respects court orders," the community center wrote in a statement in November, "But finds itself confronted with a dilemma: the choice between respecting the government and protecting the rights of a child."

At the close of the service Wednesday, one of the Tamrazyan children, Hayarpi, read a poem. She has cataloged her experience in poems posted to a blog. A poem from December reads:

"Around-the-clock 7 days a week
We praise and worship God
It makes the flowers in my heart grow
It makes me thankful
In a way I've never been before."

The continuous service – which lasted about 2,300 hours – didn't manage to snag the title of longest religious ceremony in the world. That record goes to a years-long mask festival in Mali, according to the Guinness Book of World Records.

Churches in the United States can't provide the same level of legal protection to migrants as the Bethel Church: The U.S. government has the right to enter places of worship with a warrant, as NPR has reported, and it's illegal to harbor someone labeled as a fugitive.

But religious institutions have still served as de facto sanctuaries for immigrants, in part because of the optics of immigration officials entering a place of worship. It's federal policy to avoid immigration enforcement in "sensitive locations" – like churches and schools – without pressing circumstances.