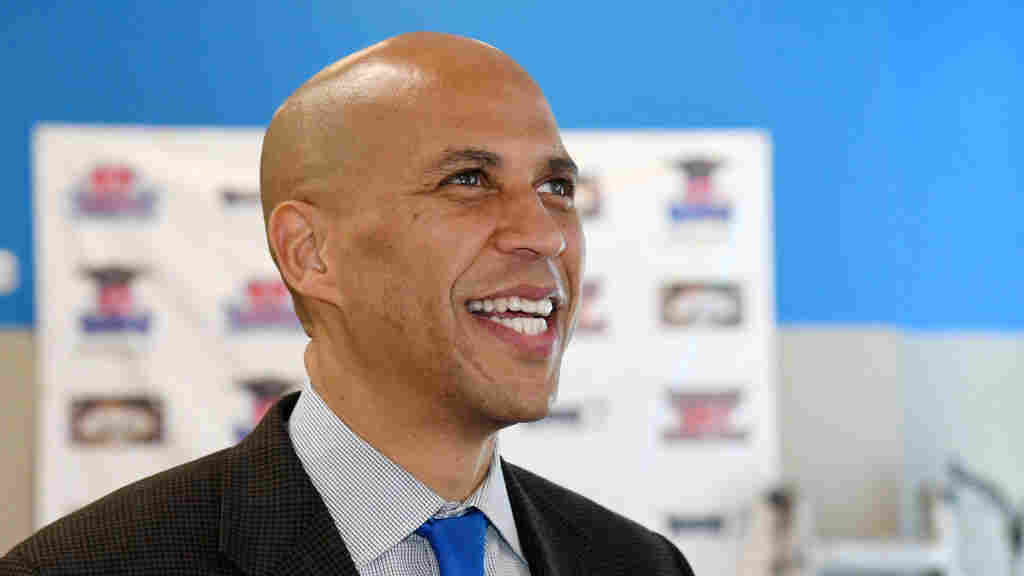 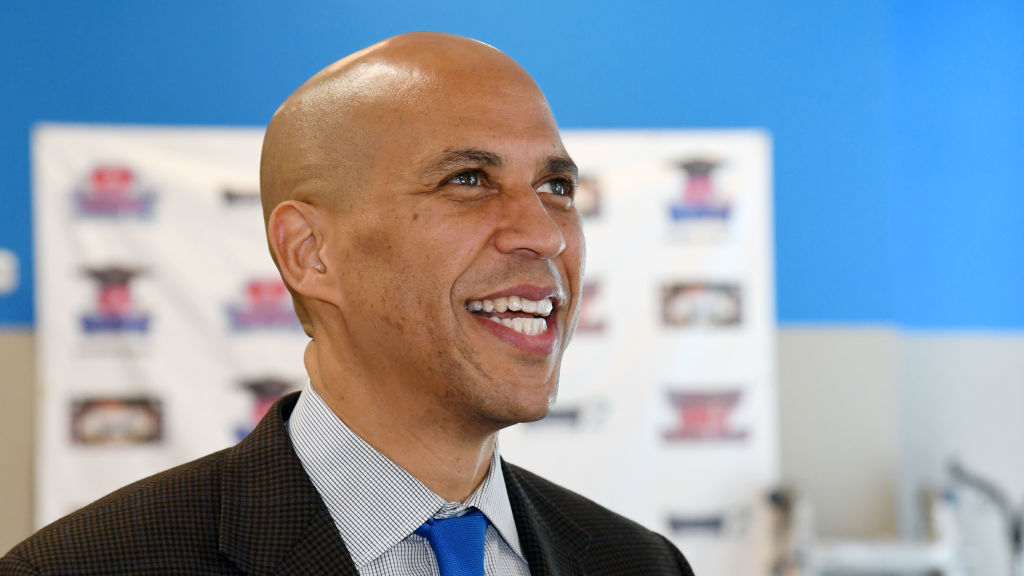 Sen. Cory Booker of New Jersey is the latest Democrat to enter the increasingly crowded race for the White House, making the initial announcement with a message of unity.

"We are better when we help each other," Booker says in a video message. "I believe that we can build a country where no one is forgotten, no one is left behind; where parents can put food on the table; where there are good-paying jobs with good benefits in every neighborhood; where our criminal justice system keeps us safe instead of shuffling more children into cages and coffins; where we see the faces of our leaders on television and feel pride, not shame."

The video sets the tone for a campaign that's expected to counter President Trump's divisive, base-focused politics with a conscious emphasis on big-picture themes of common purpose and love overcoming political divisions.

I’m running for president. Join me on this journey. https://t.co/fEDqOVIfwh pic.twitter.com/h1FTPUYRzo

Booker's goal, he told NPR in 2017, is "not to meet hate with hate, but meet it with love. Not to meet darkness with darkness, but meet it with light. I really do think we're at a moral moment in our country. The only way we can move this country in the way it needs to go is not at pointing other people about what they're doing, but turning up the values we believe in."

Booker planned a series of media appearances as part of his rollout on Friday, including The Tom Joyner Morning Show, Univision's Despierta America and ABC's The View.

The 49-year-old Booker, a former Newark mayor who was first elected to the Senate in a 2013 special election, has long been seen as a likely candidate to challenge Trump. He made it apparent he was likely to run with a couple of strategic moves, joining the Senate Foreign Relations Committee in 2017, as well as making frequent trips to early primary voting states such as Iowa and New Hampshire to raise money and campaign for local candidates in the 2018 midterm elections.

His trips left a positive impression with several political professionals in the early primary and caucus states. Jim Demers, who co-chaired Barack Obama's 2008 New Hampshire campaign, told NPR that Booker has "built his career on a message of unity. And I think that people all across the country are tired of how divided Americans have become."

Even before he was elected to the Senate, Booker had amassed a national following as Newark's mayor, primarily due to his early embrace of Twitter and other social media platforms.

He attracted attention to causes such as homelessness and shortcomings of the federal food stamp program by going on hunger strikes and temporarily living in a tent, among other highly publicized moves. Booker also regularly interacted with constituents on Twitter. When someone tweeted that her elderly father needed help shoveling his driveway, Booker showed up to do it.

He also once ran into a fire, saving a woman's life while suffering smoke inhalation and burns.

Booker has continued this approach in the Senate. During the height of the Republican push to repeal the Affordable Care Act, Booker drew attention to the debate by holding a sit-in on the steps of the Senate with other Democrats, and livestreaming the event for hours.

Those efforts have, at times, backfired. During the Supreme Court confirmation hearings for Brett Kavanaugh last fall, Booker dramatically threatened to release confidential documents from Kavanaugh's time in the Bush White House, even though, as he claimed, "the penalty comes with potential ousting from the Senate." Booker called it his "Spartacus moment," but the drama was significantly deflated when it became clear that the documents in question already had been approved for public release.

In the Senate, Booker has been a strong advocate of overhauling the criminal justice system. He was an original co-sponsor of the First Step Act, bipartisan legislation passed in December that addresses drug sentencing and rehabilitation for inmates leaving prison. He was also one of the first senators to call for legalizing marijuana.

Booker is an advocate of Medicare for all, raising the federal minimum wage to $15 per hour and a job guarantee program. He's also been a strong opponent of Trump's Cabinet appointments.

While his savvy on both social and traditional media earned him a high profile, Booker also has faced criticism from progressives for appearing too close to both Wall Street and pharmaceutical companies, a major industry in New Jersey.

In 2017, Booker told NPR that he stopped taking donations from the pharmaceutical industry, previously a prominent source of his campaign funds. In recent years he has co-sponsored a measure, along with Sen. Bernie Sanders, I-Vt., to legalize pharmaceutical imports from Canada, and has been increasingly more outspoken about high drug prices.

The New Jersey Democrat is the fourth senator to announce a run for president, joining Sens. Elizabeth Warren, Kirsten Gillibrand and Kamala Harris. Booker is the second black candidate in the increasingly large and diverse 2020 Democratic primary field. Booker and Harris have worked together on the Senate Judiciary Committee and have a close relationship but are expected to compete for the support of African-American voters — a key constituency in a Democratic primary.