Accessibility links
How A Long-Lost Guitar Was A Lesson In Grace And Forgiveness Rodger McDaniel grew up to the sounds of his dad's guitar, a memory eclipsed by his dad's addiction. Finding the guitar 25 years after his death helped transform McDaniel's memory of his dad. 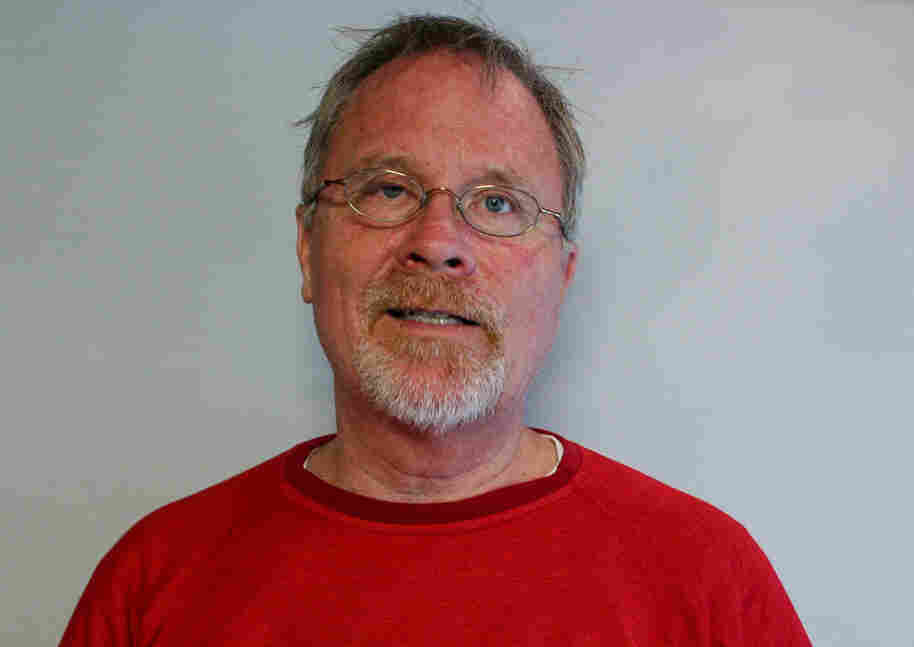 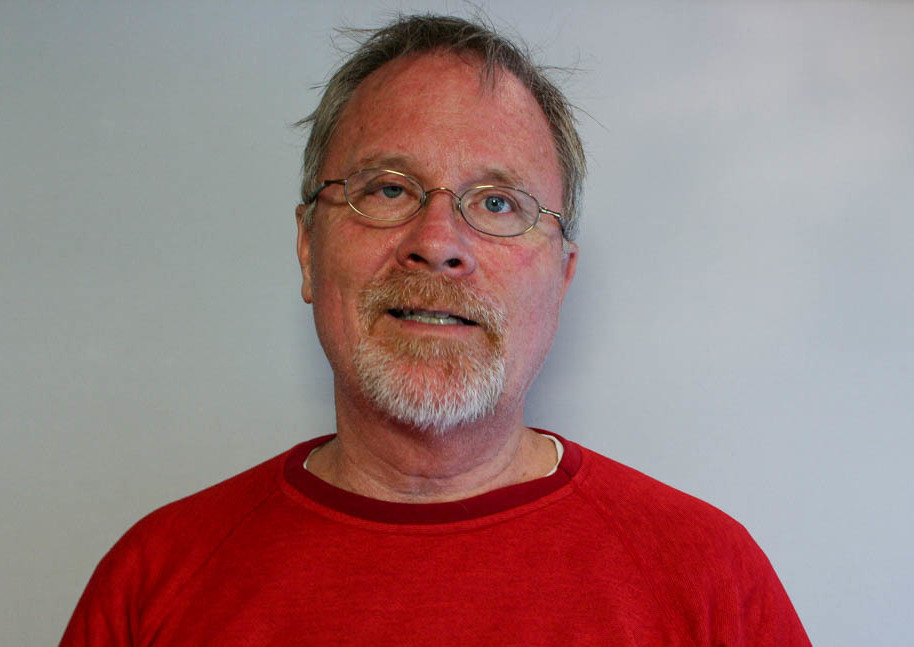 Rodger McDaniel remembers his late father at his StoryCorps interview in Laramie, Wyo.

Rodger McDaniel was 21 years old when his father died.

His dad, Johnny McDaniel, worked over the years as a miner and milk truck driver, married and divorced Rodger's mother three times – and he loved music.

Rodger remembers his beautiful singing and his shiny, black guitar.

"Even though my father didn't have much of a formal education, he taught himself to play the guitar by ear," Rodger, 70, tells StoryCorps in Laramie, Wyo.

Some of Rodger's earliest memories are of his dad's Friday night music sessions at their small home in Cheyenne, Wyo. "He and his buddies would gather in the living room," he says, "and they would sit around until the early hours of the morning playing their guitars and singing gospel music."

For a long time, Rodger's memory of his dad was dominated by Johnny's alcoholism.

One evening, Rodger recalls, his dad had come home drunk. Rodger's stepmother had told Johnny that if he came home drunk he'd have to sleep in the garage, so that's where he headed.

Those words stayed with him.

In 1969, Johnny McDaniel died in a one-car accident that Rodger says was undoubtedly alcohol-related. 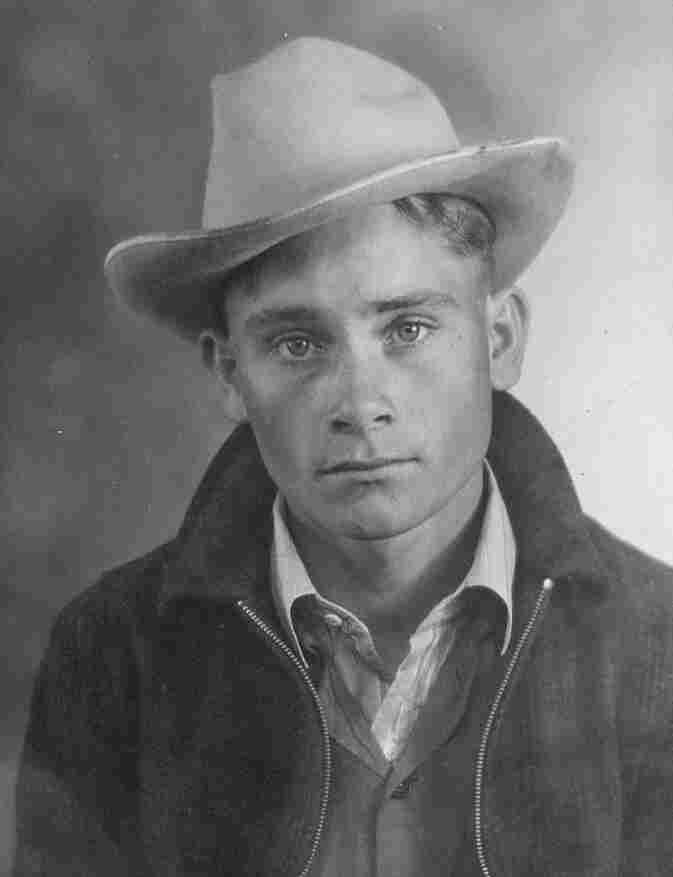 Johnny McDaniel, Rodger's father, pictured when he was about 18 years old in Sweetwater, Texas. Courtesy of Rodger McDaniel hide caption 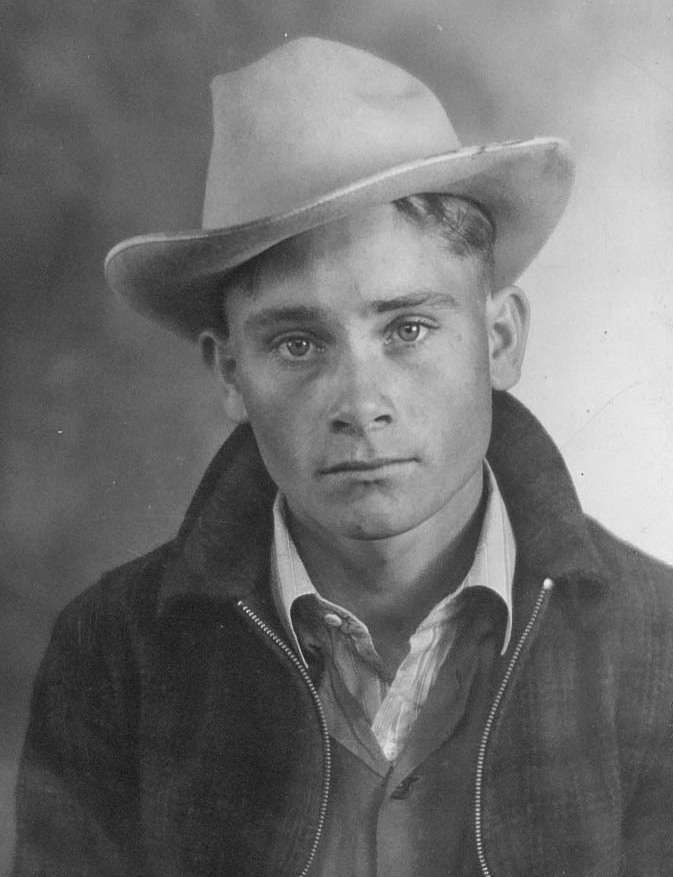 Johnny McDaniel, Rodger's father, pictured when he was about 18 years old in Sweetwater, Texas.

After his death, Rodger and his three younger brothers searched for their dad's guitar. "That had had a lot of meaning for my brothers and me," he says. "But we could not find the guitar."

Twenty-five years after his dad died, Rodger received an unexpected call from a woman asking if he was Johnny McDaniel's son. "She said, 'How would you like to have his guitar back?' " Rodger says.

She explained that on a grocery shopping trip in south Cheyenne in 1969, she heard music playing in a back room of the store.

"She could hear some beautiful guitar music being played and somebody singing 'The Old Rugged Cross,' " Rodger says.

When the music stopped, she rang the bell at the meat counter, and the butcher came out of the back room. "A few seconds later, another man came out, whom," she said, according to Rodger, "I now know to have been your father."

That man said to her " 'We just ran out of whiskey and money, and I'd be willing to trade you this old guitar for a bottle of whiskey.' And she said 'I ran down to the corner liquor store and bought a fifth of whiskey and made the trade,' " Rodger says.

The woman kept the guitar for years. "My two sons grew up learning how to play this guitar," Rodger recalls her telling him. "And now they're grown and gone, and I thought you ought to have it back."

Her experience altered how Rodger remembered his father.

"Really up until that time, my dad's alcoholism and the problems that it brought to the family had defined him in my memory," he says. "But that story of 'The Old Rugged Cross' and his old guitar caused me to think an awful lot about the meaning of grace and forgiveness and how much more than his alcoholism he had been."

Rodger's daughter, her husband and their young children now keep the guitar at their home in Denver — Rodger's son-in-law is the guitar player. "I wanted it to be with a musician. It seemed to me that was the best way to make sure that my father's memory stayed alive," Rodger says in the StoryCorps podcast.