Accessibility links
Natasha Lyonne Anchors The Riveting 'Russian Doll' Natasha Lyonne is outstanding in an unconventional series about a woman who finds herself in a baffling and frustrating situation that no one seems to understand. 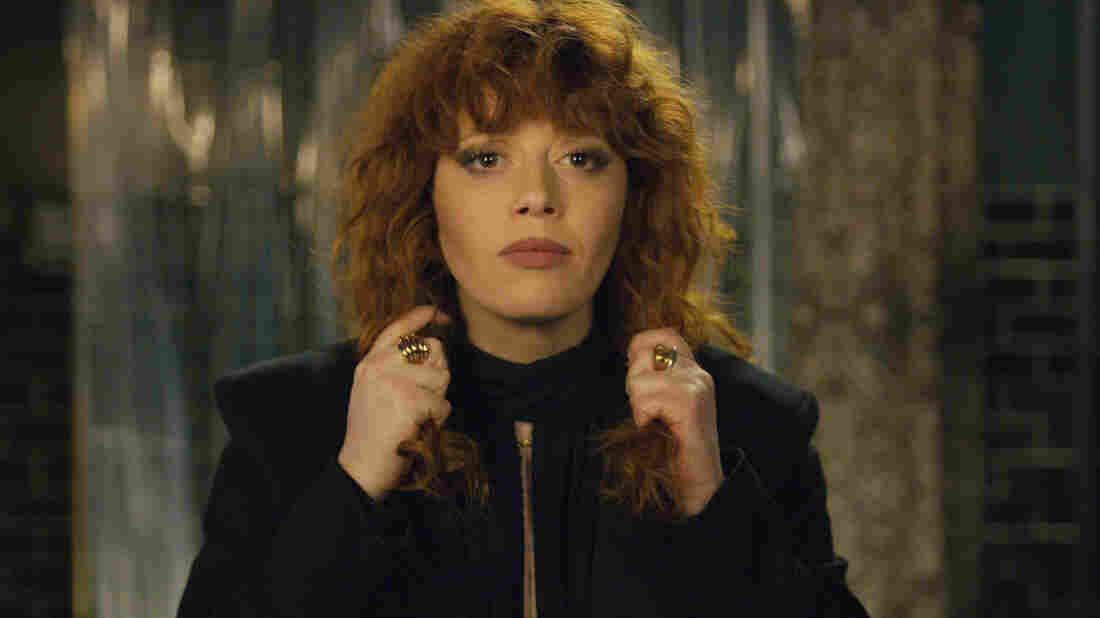 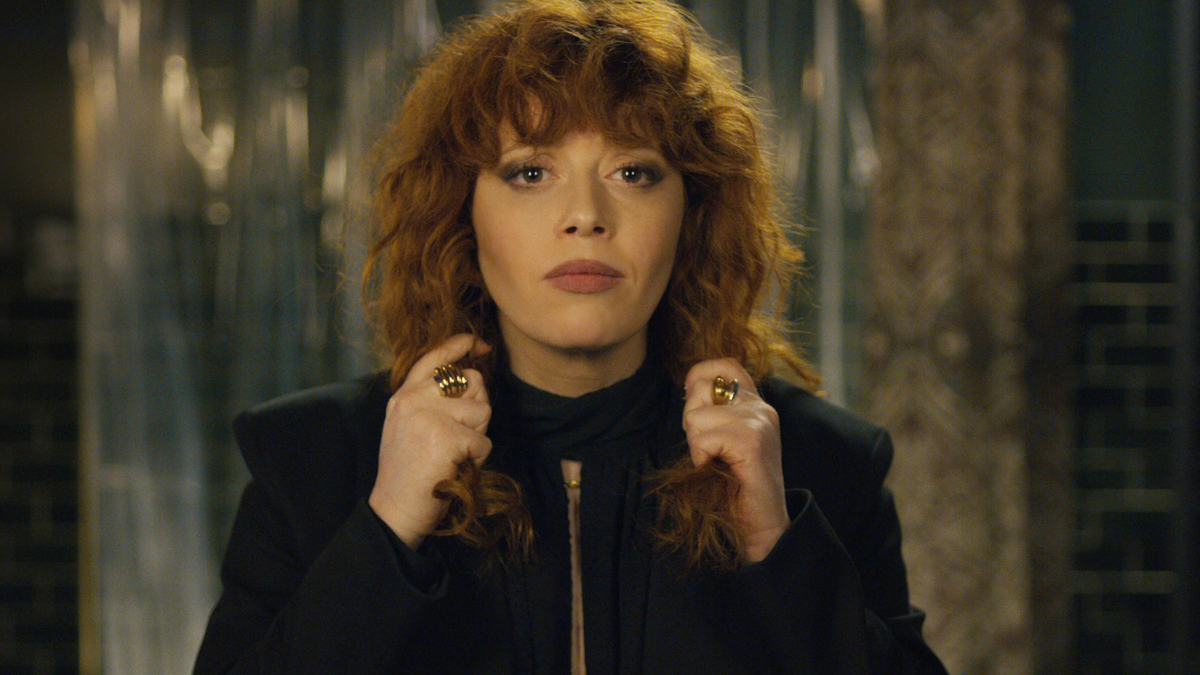 A woman whose curly red hair spills past her shoulders stands in front of a bathroom mirror as a party rages outside. She looks at her reflection. People bang on the door to get in. She turns and leaves, through a door with a handgun for a handle, out of the bathroom where the areas of the walls and door glow with blotches of chilly blue light. As she leaves, two women push their way past her into the bathroom, and she moves into the room where the party is. Friends swarm around her. A woman cooking in the kitchen offers her a joint laced with cocaine. Something is wrong. She is a quick-witted New York game designer who seems to smoke in part for the smoking itself, but also in part so she can gesture, in quick little jabs, with her cigarette. And she can't figure out quite what's going on. "What was I just doing?" she asks her friend.

This is, I think, as much as I can tell you about the premise of Russian Doll, an eight-part series premiering on Netflix Friday, except that the woman is named Nadia, and she is played by the genuinely inimitable Natasha Lyonne. Lyonne created the series along with Amy Poehler and playwright/director Leslye Headland.

Lyonne has been around a long time. She was a child actor on Pee-wee's Playhouse and in Dennis the Menace. She was in American Pie. She did small, well-regarded films in the late 1990s, most notably Tamara Jenkins' Slums of Beverly Hills and Jamie Babbit's But I'm a Cheerleader. Most recently, she's one of a group of actresses who got wonderful boosts from appearing on Orange Is The New Black. There, she plays Nicky, whose addictions continue to haunt her in prison. Lyonne was nominated for an Emmy for the role.

She's always been a good actress, and still, Russian Doll feels like a revelation. Lyonne is not only the purest version of herself in it, but Nadia is an improvement, in this project Lyonne co-created, on every character she's played that has nearly captured her particular energy. Nicky on OITNB, for instance, is a very Natasha Lyonne role, as it were, but Nadia is more so. Lyonne can seem, as a Guardian profile once noted, like someone who "has a weird ability to grow more appealing the gnarlier her character and surroundings get." But Nadia isn't a character bigger than Nicky. She's not broader. She's just so specifically conceived. It's a performance where the actor understands the character so well, down to every little gesture she makes, every twitch of her face, that it's startling, at times, to remember she's fictional.

But I don't even want to tell you what kind of show it is, because its tonal turns are among the narrative elements that make it effective. That gun-shaped doorknob. Those glowing blue splotches. Is it supernatural? Is it a crime show? Nadia certainly has a way with a clever line; is it a comedy?

This much spoils nothing: unlike many streaming shows, Russian Doll is only as long as it needs to be to tell its story. The eight half-hour episodes maintain their momentum, which is particularly tough in a story that, by its nature and its exploration of a certain kind of déjà vu, isn't precisely linear. The series bends and breathes, introducing other characters into Nadia's life (I don't even want to tell you who!), giving away more and more of her fundamentally New York kind of humanity, never wavering in its conviction that she is fascinating enough to carry this entire story.

And at the center is Natasha Lyonne, playing a character so human that if you opened your own bathroom door and found her standing there, it wouldn't be all that surprising.