Accessibility links
In 'The ABC Murders,' John Malkovich Plays An Older, More Vulnerable Poirot A new three-part miniseries takes a few liberties with the Agatha Christie novel upon which it's based — all of them commendable. Most notably: Malkovich's turn as a tender, sometimes tragic, Poirot. 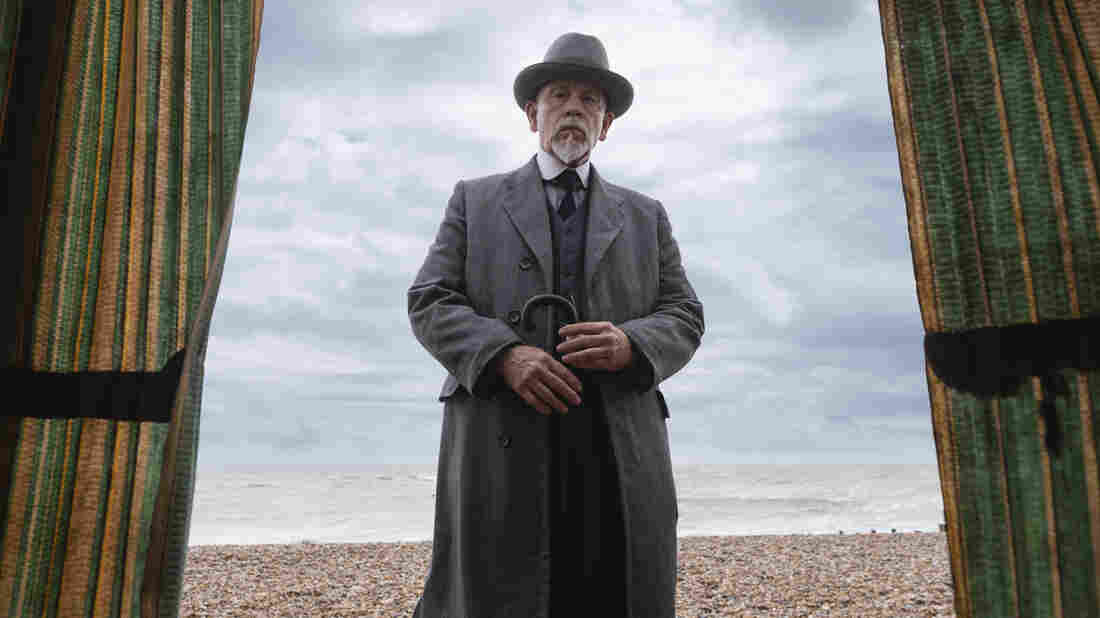 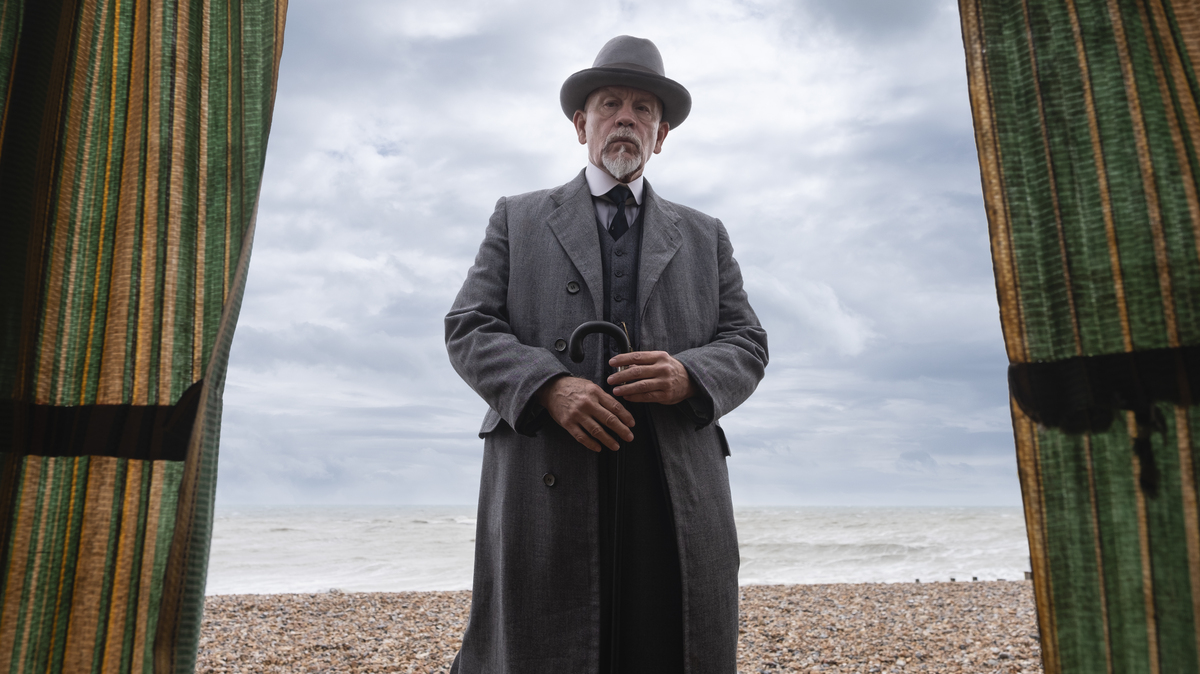 Next year will mark the 100th anniversary of the publication of The Mysterious Affair at Styles, Agatha Christie's first novel featuring fictional detective Hercule Poirot.

An acutely observant crime-solver in the tradition of Sherlock Holmes, Poirot has since been played on screen by such actors as Albert Finney, Peter Ustinov and, most famously, David Suchet, who starred in Poirot, a lengthy series presented in the U.S. by PBS.

Though the series with Suchet ended in 2014, Poirot now lives again, in The ABC Murders, a three-part British production that's been imported by Amazon Prime Video. The new miniseries is based upon The A.B.C. Murders, the 13th novel in Christie's series of books featuring Poirot.

The script for The ABC Murders was adapted by Sarah Phelps, whose writing and production credits in the U.K. in the last few years alone include the classy TV adaptations of Christie's And Then There Were None, The Witness for the Prosecution and Ordeal by Innocence. And the series introduces, as Christie's famously imperious Belgian detective, an American actor: John Malkovich.

The ABC Murders is set, and was originally written, between the two World Wars. It's 1933 in England, where posters proclaim such anti-immigrant sentiments as, "We must stem the alien tide." Poirot, an immigrant himself, had come to England and succeeded admirably as a detective.

But the man we meet now is basically retired, and long past his prime. The new police inspectors don't respect him, much less consult him. He dyes his beard to look younger, a temporary affectation that only makes him seem more outdated and desperate.

'Murder On The Orient Express' And Cozy Murder Mysteries

But when someone begins taunting him with typewritten letters, posted daily from different cities and threatening a series of random murders of alphabetically chosen victims, Poirot is the first to take the letters seriously — letters which make it clear that the killer knows the detective well, down to his newly blackened beard.

Always the smartest guy in the room, Poirot is the first to recognize when the police arrest the wrong man — pointing out the error of their ways even as Detective Bunce, played by Shane Attwooll, is taking the suspect into custody. Poirot enumerates all the reasons why the man couldn't have committed the crime — but Bunce is adamant, telling Poirot with a sneer, "Case closed."

The case is far from closed, of course. It's just getting started, as victims with alliterative names — begin piling up in various cities. The clues lead, eventually, to railway stations in the country's ABC Railway Guide — but also connect to the detective's past.

Phelps adapts this particular mystery novel taking a few liberties, and all of them are commendable. The hero is more vulnerable, even tragic, and Malkovich plays him tenderly, without overplaying him at all. The supporting characters are more colorful — in fact, more Dickensian — and some of them act a lot saucier, and kinkier, than any character from a Christie novel. And the mystery itself, almost a century later, still works — and still entertains.