Accessibility links
Court Approves Historic Reforms To Chicago Police Department The new guidelines cover everything from police recruitment practices to policies on use of force. The department was harshly criticized by Obama's Justice Department for civil rights violations. 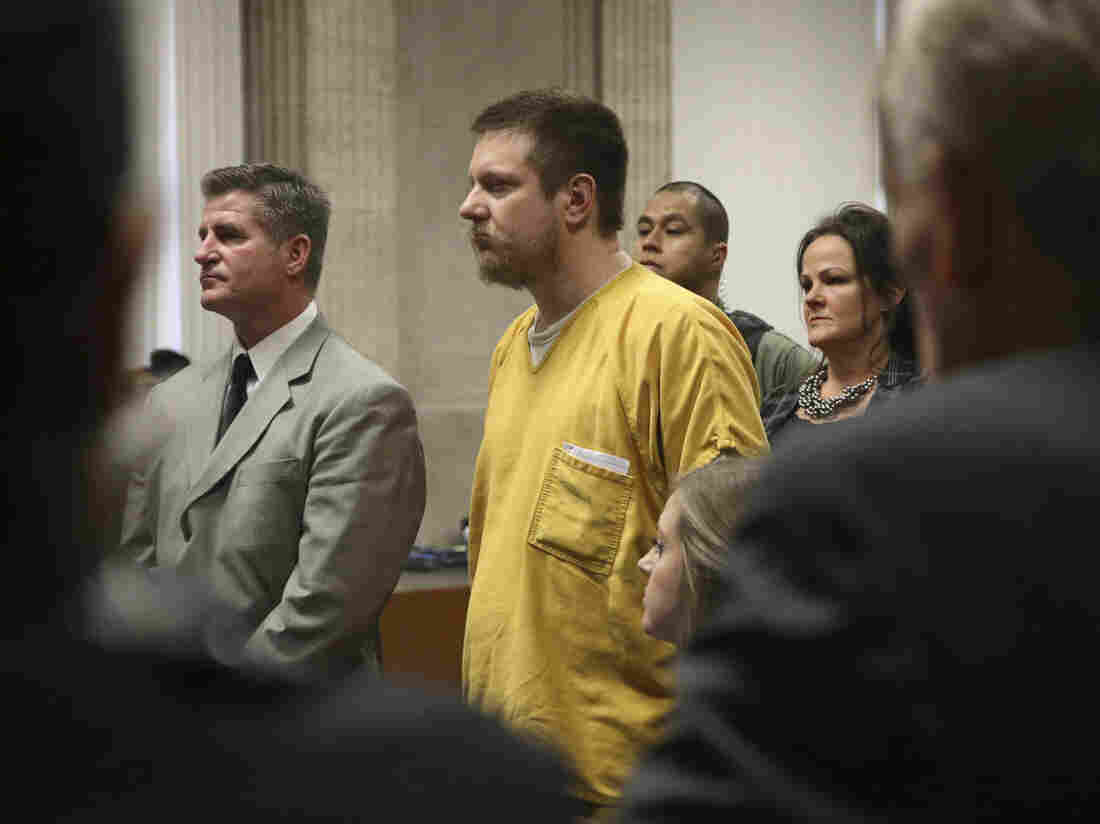 Former Chicago police Officer Jason Van Dyke was charged last month for the 2014 shooting of Laquan McDonald. That shooting led to protests, a Justice Department investigation, and now a comprehensive set of guidelines meant to change the way the Chicago Police interacts with the community. Antonio Perez/AP hide caption 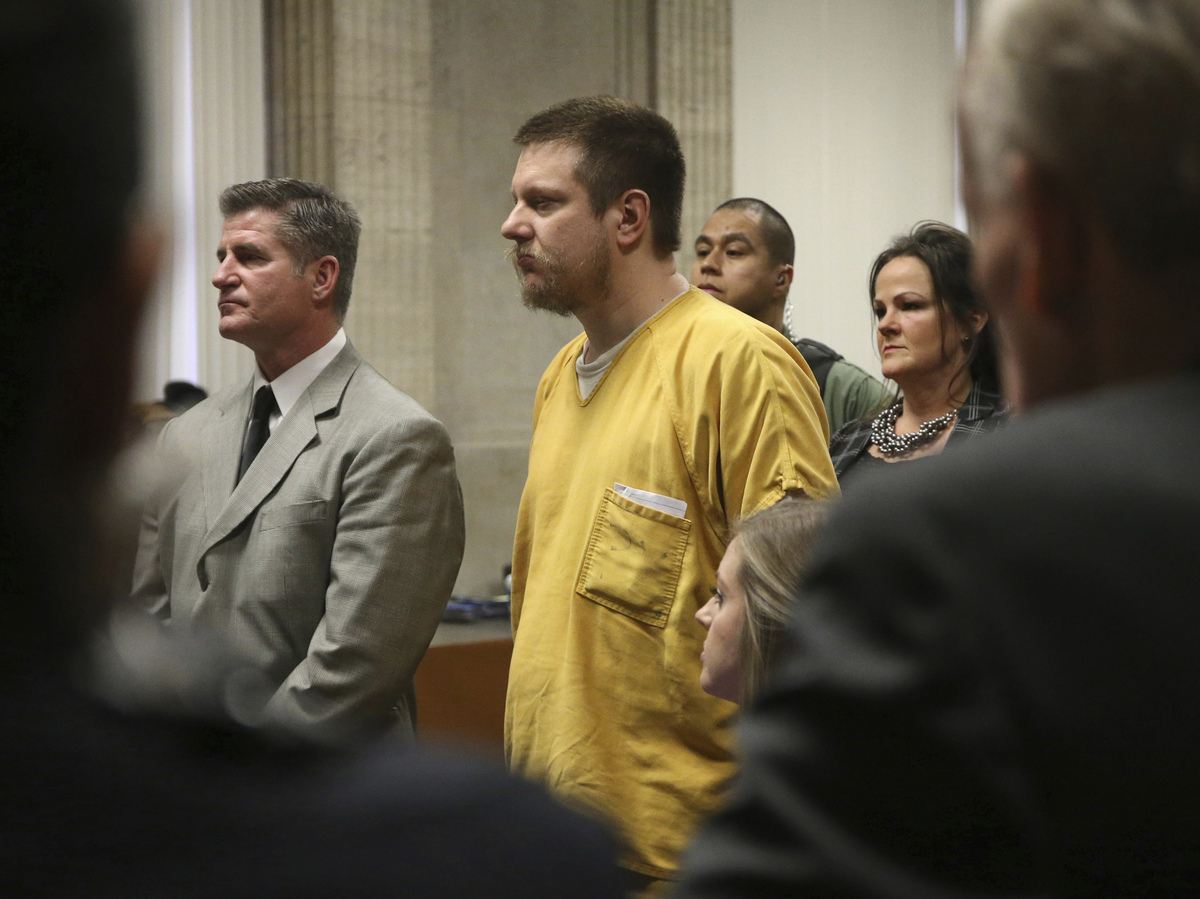 Former Chicago police Officer Jason Van Dyke was charged last month for the 2014 shooting of Laquan McDonald. That shooting led to protests, a Justice Department investigation, and now a comprehensive set of guidelines meant to change the way the Chicago Police interacts with the community.

The Chicago Police Department is about to undergo extensive changes to its practices and policies, after a federal judge approved a plan Thursday that attempts to reform the way the police department interacts with the public.

The plan is the culmination of a multi-year process that began with the 2015 release of a video that showed a white police officer shooting at black teenager Laquan McDonald 16 times. That video led to protests in the streets of Chicago, a sentence of nearly seven years in prison for the cop who shot McDonald, and a 2017 Justice Department report that called for comprehensive reform of a department it accused of excessive force and civil rights violations.

Now, after more than a year and half of negotiations between Illinois and Chicago officials, those new police procedures are about to go into effect. U.S. District Judge Robert M. Dow, Jr., who approved the plan, called it "an important first step toward needed reforms of the Chicago Police Department and its policies."

"The consent decree for police reform is historic," former Illinois Attorney General Lisa Madigan said. "Now Chicago has an enforceable plan for constitutional policing. Many people have waited a lifetime for real change. Much work remains, but this milestone gives hope to Chicagoans that we will be able to live safely and thrive."

That plan contains hundreds of prescriptions to try to make the police more accountable to the community. Many of the suggestions enjoy widespread support, Dow said, including more community policing, training, mental health support and counseling, and crisis intervention for police officers. Other provisions in the report include, for the first time, "comprehensive guidance on police interactions with persons with disabilities and transgender individuals." The agreement tries to ensure that policing in the city is done "fairly, transparently, and without bias," Dow wrote.

The plan "addresses everything from police use of force to police recruitment," NPR's Chicago correspondent Cheryl Corley reports. The section on force sets guidelines for when firearms and tasers may be deployed. For instance, "flight alone" — in other words, if the suspect runs — "does not justify use of a Taser against a subject," the plan says.

It took almost a year and a half for an array of parties with "strongly-held opinions" to come to a "satisfactory compromise," Dow wrote. And Chicago's police union, the Fraternal Order of Police, wasn't always happy with the results. "The narrative of systemic police corruption prompting the need for a consent decree is false," FOP President Kevin Graham said in a police union newsletter last year, as reported by the Chicago Tribune.

The union tried to stop the consent decree in court, as did the U.S. Department of Justice. While Obama's Justice Department said it was "imperative that the City rebuild trust between CPD and the people it serves," particularly in communities of color, Trump's Justice Department took an about face. Attorney General Jeff Sessions called the plan "a colossal mistake" and asked city officials to reconsider, USA Today reported in October. In a court filing, DOJ said the decree would impose "unjustified restrictions on police."

Judge Dow acknowledged that the plan was "not perfect," but said it was "an important first step toward needed reforms of the Chicago Police Department and its policies — and, indeed, includes many provisions that the CPD itself welcomes."

But Dow also made clear that the plan, which he said attempts to "repair the damaged relationship" between the police department and the community is "a beginning, not an end."

"It is vitally important to call attention not only to what the consent decree is, but also to what it is not," Dow wrote. "The consent decree is not a panacea, nor is it a magic wand. Most notably, there is neither an admission of liability by the City, CPD, or any other entity, nor any finding by the Court of any unconstitutional, illegal, or otherwise improper activity or conduct."

That means the court doesn't have power to fashion and enforce remedies for violations of federal law, but rather to simply ensure that both sides are living up to the obligations of what is essentially a contract, Dow said.

The plan sets a $2.85 million maximum annual budget for a monitoring team to ensure compliance with the decree. Dow rejected concerns that this was too high a cost, saying it's just "a tiny fraction of what the City has spend paying out judgments and settlements, not to mention lawyers ... for civil rights litigation over the past few decades." The monitoring team should be in place no later than March 1.

"The Court is under no illusion that this will be an easy process. It took a long time to get to this place, and it may take a long time to get out of it. With that said, there are good reasons to think that the conditions and incentives may be in place to start making progress right away," Dow wrote, concluding: "Let us begin."