Accessibility links
Net Neutrality Goes Back To Court It's the first major court challenge since the Trump administration rolled back Obama-era net neutrality rules. Challengers say the FCC is abandoning its responsibility to ensure an open Internet.

Net Neutrality Goes Back To Court

Net Neutrality Goes Back To Court 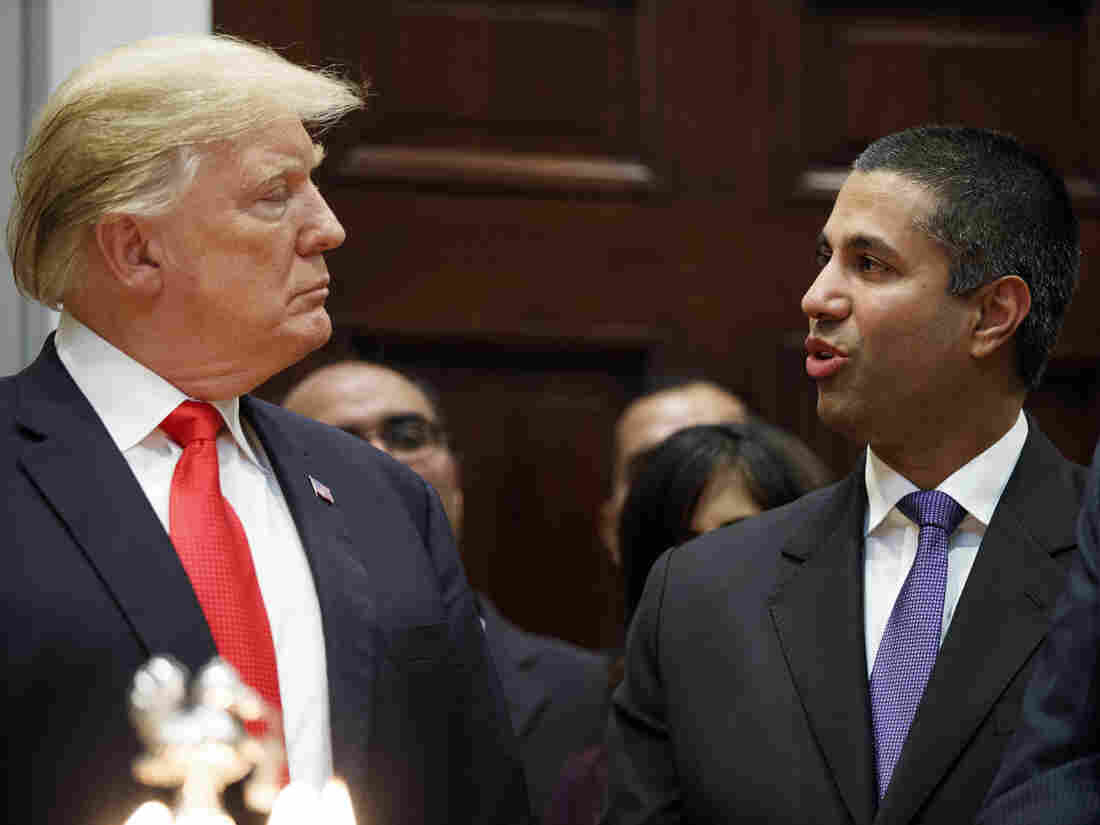 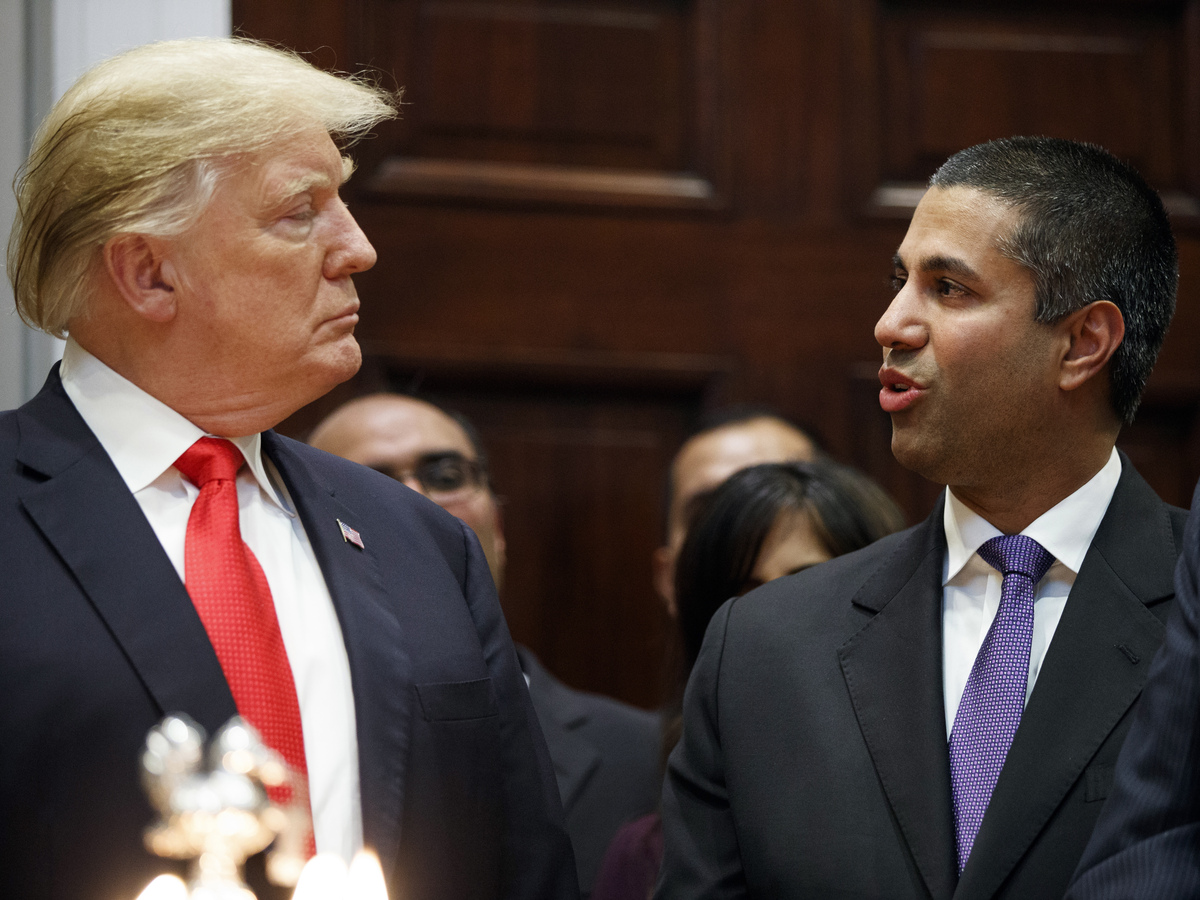 President Trump talks with FCC Chairman Ajit Pai at the White House in November. Under Pai, the FCC repealed Obama-era net neutrality rules. A federal court is reviewing that decision in oral arguments.

The Internet once again finds itself in court today, as the Federal Communications Commission defends its decision to repeal net neutrality rules put in place by the Obama administration.

Obama's FCC had imposed a strict set of regulations on Internet providers to ensure they wouldn't be able to prioritize certain websites and apps over others. Trump's FCC repealed those rules, preferring a more hands-off approach that would let Internet companies charge websites for faster access to customers. Several consumer groups, technology companies and Democratic-led states challenged the FCC's decision.

The legal arguments are highly technical, focusing on whether the FCC acted properly when it classified the Internet as a lightly regulated "information service" — as opposed to a "telecommunications service," which is subject to stringent rules. The challengers will argue that the FCC has abandoned its mandate to ensure a free and open Internet.

"For a period of ten years, bookmarked by four decisions of this Court, four generations of the FCC—two Republican-, two Democrat-controlled—made rules to protect the open Internet from interference by [Internet] providers," they wrote in their court challenge. In undoing the rules, the FCC's "relentless deregulatory urge swept aside everything in its path, including the law, the facts, reasoned decisionmaking, and the decisions of this Court."

The Verge calls today's challenge at the D.C. Circuit Court of Appeals "one of the most important cases in Internet law history." Democratic FCC Commissioner Jessica Rosenworcel says the decision to roll back net neutrality put the agency "on the wrong side of history, wrong side of the law and wrong side of the American people." More than 20 million public comments were filed with the FCC — most of them arguing against repealing the rules — though many of those were later discovered to be fake, NPR reported. NPR's legal counsel filed comments with the FCC on behalf of the public radio system, opposing repeal of the rules.

In 2015, Obama's FCC passed net neutrality rules on a party-line vote of 3-2. "No one — whether government or corporate — should control free open access to the Internet," then-Chairman Tom Wheeler said at the time, NPR reported. But when Donald Trump became president, the political balance of the communications agency changed. The FCC "has officially begun to undo Obama-era regulations on Internet service providers," NPR's Alina Selyukh reported in 2017.

The Republican-controlled FCC says net neutrality rules were never needed. "The Internet was not broken," Pai said, as reported by NPR. The net neutrality regulations were "like the proverbial sledgehammer being wielded against the flea. Except that here, there was no flea."

Pai and other Republicans and free market proponents argued that any anti-competitive behavior by Internet providers could be dealt with by the Federal Trade Commission, using rules already in place. "The FTC will once again be able to protect Americans consistently across the Internet economy," Pai wrote.

Big Internet providers, including AT&T, Verizon and Comcast, support the FCC's decision, saying "they should be able to control the pipes they built and own," the Associated Press reports.