Accessibility links
Concealed By Cucumbers And False Floor, Massive Fentanyl Stash Found In Produce Truck U.S. Customs and Border Protection said agents at an Arizona port of entry uncovered over 254 pounds of fentanyl and nearly 395 pounds of methamphetamine in the trailer. 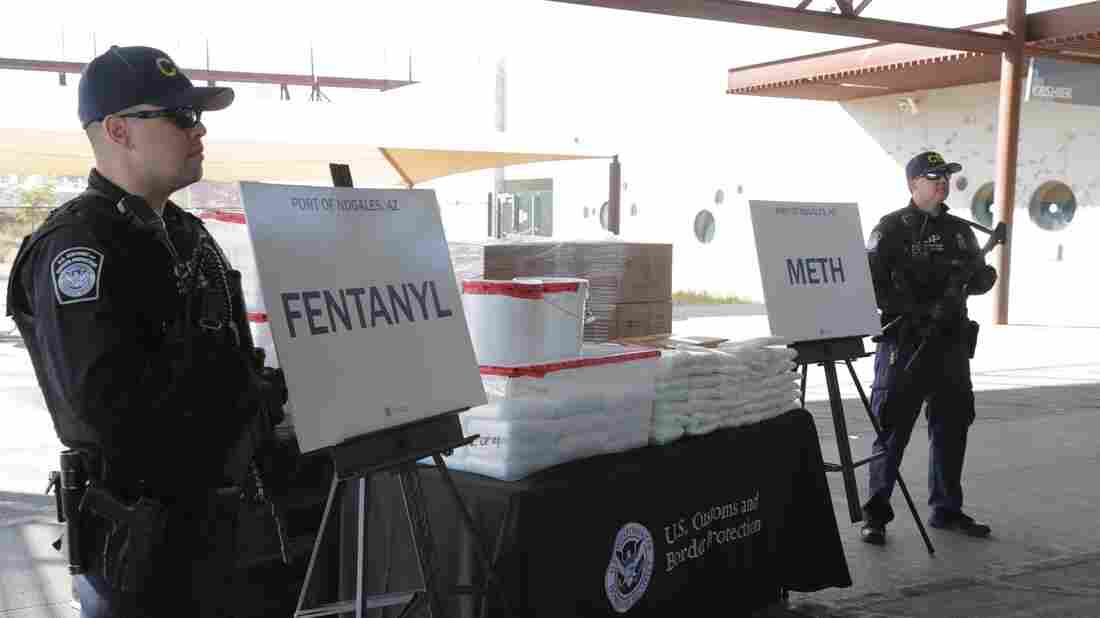 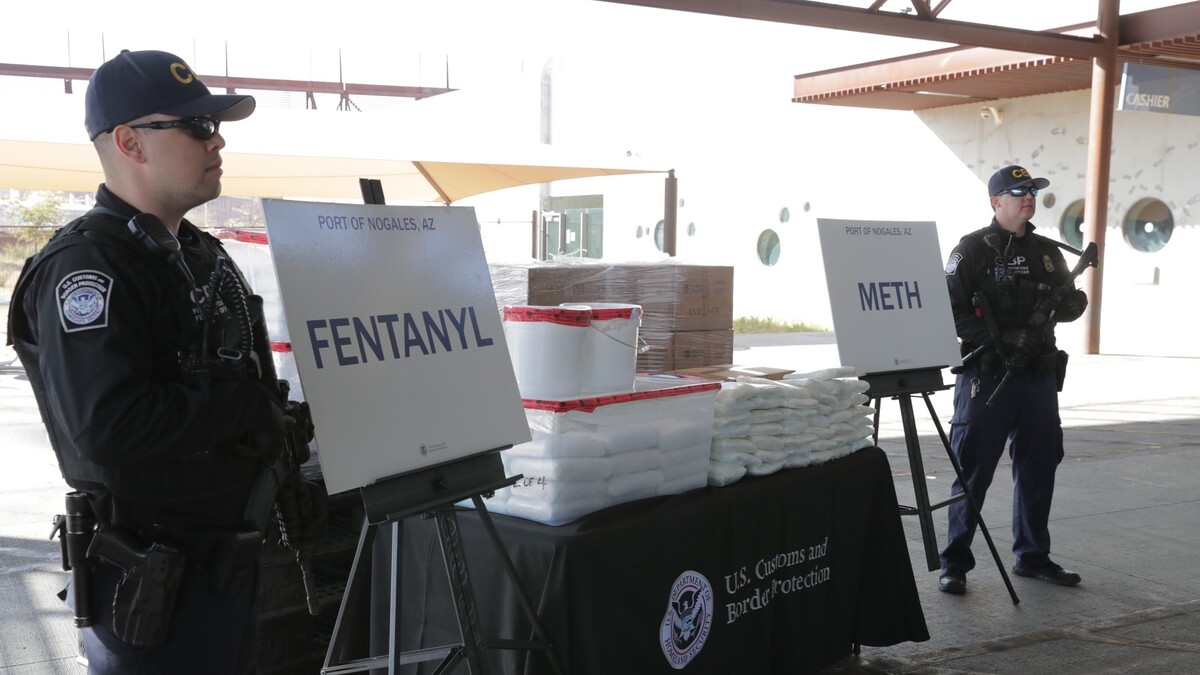 U.S. Customs and Border Protection says its agents seized a record amount of fentanyl Saturday from a produce truck attempting to enter the country from Mexico at Arizona's Port of Nogales crossing.

Buried under piles of cucumbers, lay some 254 pounds of fentanyl, worth around $3.5 million, officials announced Thursday. Agents also discovered nearly 395 pounds of methamphetamine, valued at $1.1 million.

The drugs were stashed in a special floor compartment in the trailer, according to CBP, which said the fentanyl seizure is the biggest in the agency's history.

When the truck driver arrived at the U.S. through the Mariposa Port of Entry Cargo Facility in Nogales, CBP officers conducted a scan "and observed anomalies under the floor of the tractor," according to court documents. Then a drug sniffing dog picked up an odor coming from the rear of the trailer.

The driver was identified in the court documents as Juan Antonio Torres-Barraza, a 26-year-old Mexican national. He was arrested and charged with two counts of possession with intent to distribute.

Torres told authorities that he "did not know there were narcotics in the trailer," and that he thought he was simply hauling cucumbers in a truck that he does not own, according to the criminal complaint. 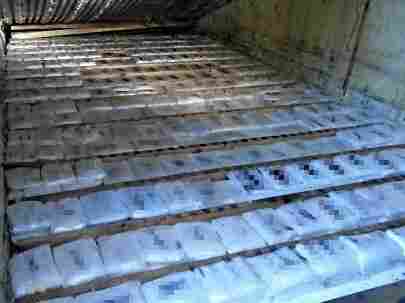 The drugs were allegedly hidden under a false door in a produce-hauling truck. U.S. Customs and Border Protection hide caption

Juan Mariscal, assistant special agent in charge of Homeland Security's Nogales office indicated that the drug smuggling attempt was part of an organized operation. "They know what they're doing," Mariscal said without providing further details, citing the ongoing investigation.

"We've seen this type of compartment before," Nogales Area Port Director Michael Humphries said of the false floor that hid the drugs.

Standing alongside some of the 426 seized packages of drugs stacked in neat piles, federal officials touted the seizure during a news conference Thursday.

"Fentanyl is 80 to 100 times more powerful than morphine," Humphries said, adding that a few grains could prove lethal. "This past weekend our CBP officers were able to stop an enormous amount of these deadly narcotics from hitting our streets."

Border Patrol Makes Its Case For An Expanded 'Border Barrier'

Fentanyl, a synthetic opioid, has been a leading cause of overdose deaths in recent years, according to the Centers for Disease Control and Prevention.

"Opioids pose a real danger to every community in America and are having fatal consequences across our nation," Humphries said.

President Trump has repeatedly invoked the flow of illegal drugs from Mexico as part of his pitch for an additional $5.7 billion for a border wall. "Most of our drugs come in through the southern border," he told reporters last month ahead of a trip to Texas. "And they don't come in through the portals, they come in between the portals where you have no barrier."

But Humphries said that like Thursday's record seizure, "most hard narcotics seized [by] CBP are at the ports of entry."

A Bunch Of Cocaine: Boxes Of Donated Bananas Contained $17.8 Million Worth Of Drugs

Humphries said the recent partial government shutdown over funding for a border wall had taken a toll on agents, but that "even during difficult times, such as our funding hiatus," they continue to demonstrate professionalism and commitment to the job.

But starting Feb. 15, agents may experience another salary hiatus if negotiations on a border deal once again prove fruitless.

As NPR has reported, lawmakers in Washington have "a Feb. 15 deadline to get a bill to the president or agree to another stopgap funding bill to keep the government open. Otherwise, another partial government shutdown looms."

Mariscal said drug smugglers will carry on whether the U.S. government is open or not.

"They continue with their operations just like we do."