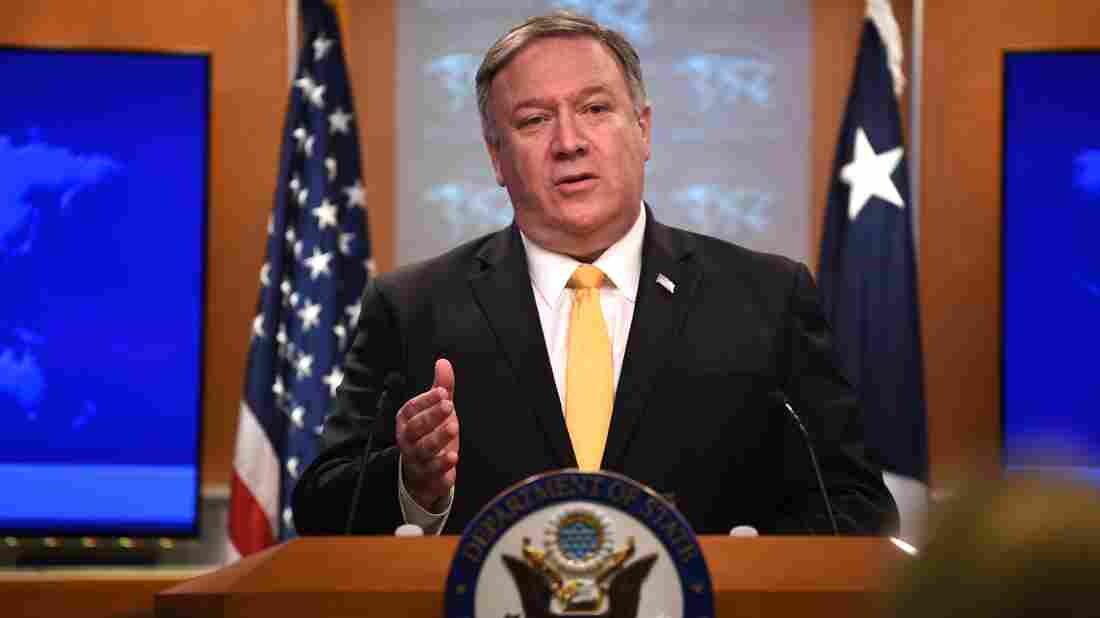 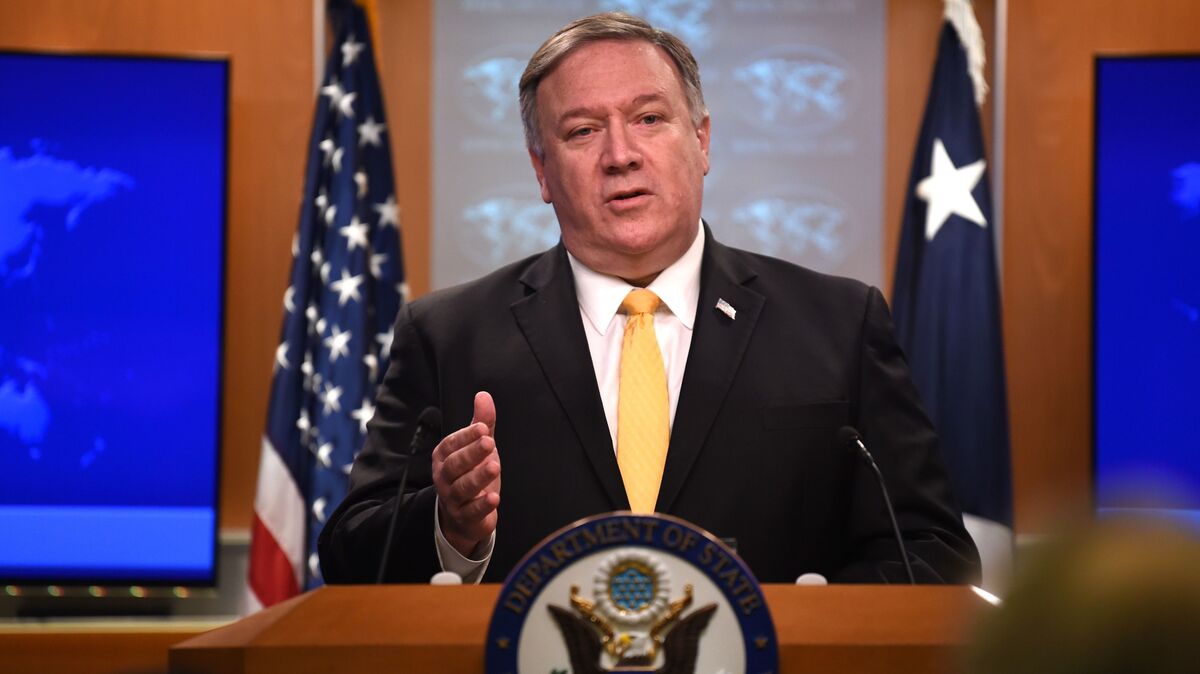 Secretary of State Mike Pompeo tells reporters Friday that the United States will withdraw from the Intermediate-Range Nuclear Forces Treaty with Russia.

The Trump administration said Friday that the U.S. will formally begin the process of withdrawing from the Intermediate-Range Nuclear Forces Treaty, the Cold War-era arms control accord with Russia — a move that prompted Russia to announce its own withdrawal on Saturday.

The declaration by Secretary of State Mike Pompeo had been expected for months. He said the U.S. will suspend its obligations under the 1987 INF treaty as of Saturday and pull out in six months if Russia isn't deemed to be in compliance.

"For years, Russia has violated the terms of the Intermediate-Range Nuclear Forces Treaty without remorse," Pompeo said in Washington.

"To this day," he added, "Russia remains in material breach of its treaty obligations not to produce, possess or flight test a ground-launched intermediate range cruise missile system with a range between 500 and 5,500 kilometers [about 300 to 3,400 miles]."

For 5+ years we pressed #Russia to comply with the #INFTreaty. Russia remains in material breach, and is fielding illegal missiles. Time has run out. Tomorrow, the United States will suspend its INF obligations and notify all Parties of U.S. intent to withdraw in six months. pic.twitter.com/qDLbKyGYF5

President Trump said in a statement Friday that the U.S. "cannot be the only country in the world unilaterally bound by this treaty, or any other. We will move forward with developing our own military response options and will work with NATO and our other allies and partners to deny Russia any military advantage from its unlawful conduct."

Pompeo said the U.S. has spent the past six years trying to preserve the treaty. "We have raised Russia's noncompliance with Russian officials, including at the highest levels of government more than 30 times, yet Russia continues to deny that its missile system is noncompliant and violates the treaty."

Speaking in Moscow on Saturday, Putin said Russia will move forward in the development of new land-based intermediate range weapons. He said Russia will not deploy its missiles unless the U.S. deploys similar weapons.

Russia has also said it will not tolerate ultimatums and that the U.S. decided long ago to exit the treaty.

Speaking to reporters on Friday, Kremlin spokesman Dmitry Peskov accused Washington of being "unwilling to hold any substantial talks" on the treaty with Moscow, according to the Associated Press.

Peskov acknowledged last year that "there are bottlenecks" but said withdrawal from the treaty would result in an escalation that would "make the world more dangerous."

When asked if he was concerned about an arms race with Russia, Pompeo said: "The very risk that you identify is the one that we are suffering from today. The Russians are in violation of the agreement. ... They have begun to move towards what it is, the risk you have just identified."

A senior U.S. administration official said in a background briefing Friday that if there is an arms race, Russia started it by deploying cruise missiles in breach of the treaty.

Moscow denies that its missiles are in violation and has accused the U.S. of breaking the treaty terms "because it has batteries of missile defense systems in Europe that they say could be used against Russia," as NPR's David Welna has reported.

NATO expressed its support for the U.S. announcement on Friday. "Allies regret that Russia, as part of its broader pattern of behaviour, continues to deny its INF Treaty violation, refuses to provide any credible response, and has taken no demonstrable steps toward returning to full and verifiable compliance," NATO said in a statement.

The organization urged Russia to use the remaining six months before the U.S. withdrawal takes effect. Unless it verifiably destroys all of its 9M729 ground-launched cruise missile systems, "Russia will bear sole responsibility for the end of the Treaty," NATO said.

When Soviet leader Mikhail Gorbachev sat down with President Ronald Reagan in the White House East Room to sign the 1987 treaty, it was hailed as a harbinger of reconciliation between the U.S. and the Soviet Union.

In 2014, officials in the Obama administration said Russia had illegally deployed land-based cruise missiles capable of striking targets in Eastern Europe but did not seek to end the treaty.

Trump signaled in October that the accord was on shaky ground, saying that "Russia has not, unfortunately, honored the agreement. So we're going to terminate the agreement. We're gonna pull out."

Then in December, Pompeo said the U.S. would give Russia 60 days to come into compliance before formally withdrawing from the INF in six months.