Accessibility links
White House Says State Of The Union Will Be Bipartisan Pitch, Even As Shutdown Looms The speech the White House outlined belies the deep divisions right now not only between Republicans and Democrats but between President Trump and Congress, including some within his own party. 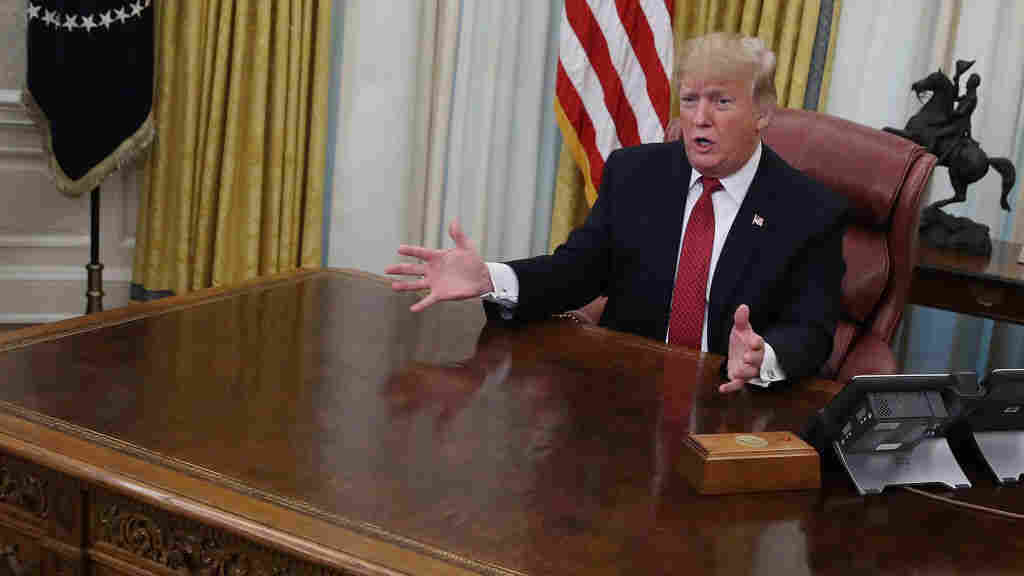 President Trump will give his second State of the Union address next Tuesday, Feb. 5, at the Capitol. Mark Wilson/Getty Images hide caption 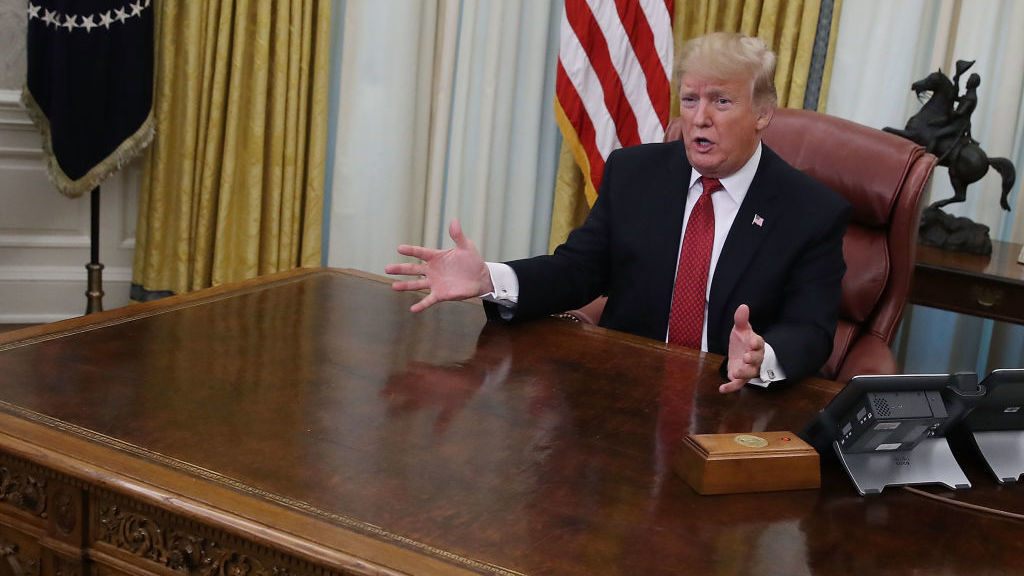 President Trump will give his second State of the Union address next Tuesday, Feb. 5, at the Capitol.

President Trump will take a bipartisan approach in his State of the Union address on Tuesday, the White House said, even as another possible government shutdown looms and he threatens to use an emergency declaration to build a border wall.

A senior administration official told reporters on Friday that "choosing greatness" will be the theme for the Feb. 5 address, which will outline a "policy agenda both parties can rally behind."

"Together we can break decades of political stalemate. We can bridge old divisions, heal old wounds, build new coalitions, forge new solutions and unlock the extraordinary promise of America's future. The decision is ours to make," Trump will say, according to an early excerpt of his speech.

However, that pitch belies the deep divisions right now not only between Republicans and Democrats, but between Trump and Congress. The president's attacks against Democrats and their leaders rose after a bruising midterm election in which Democrats flipped control of the House and then refused to pass a spending deal that included money for a border wall.

That was the backdrop for the longest shutdown in American history that left about 800,000 government workers without pay for 35 days. Trump had insisted upon funding for a long-promised wall along the Mexican border that he says will curtail illegal immigration, but last Friday he agreed to a three-week funding bill — without wall money — while a bipartisan group of legislators on Capitol Hill try to reach a compromise on border security.

But Trump has frequently sounded pessimistic about the group's efforts. Earlier on Friday, he continued to hint he might circumvent Congress all together to build his wall via an emergency declaration, a move that would almost certainly face a legal challenge. The senior administration official wouldn't comment on whether Trump would talk about declaring a national emergency or do it outright on Tuesday, but the president himself seemed to hint as much earlier on Friday.

"I think there's a good chance that we'll have to do that, but we will at the same time be building, regardless, we're building the wall. And we're building a lot of wall, but I can do it a lot faster the other way," Trump added.

Immigration and border security will be one of five major areas the president intends to focus on during the State of the Union, the senior administration official said. Other areas Trump plans to touch on are trade and American workers, including pushing for Congress to ratify the United States-Mexico-Canada Agreement, which would replace the North American Free Trade Act; rebuilding America through infrastructure investment; lowering the cost of health care and prescription drugs; and diplomatic and military efforts across the world, including "ending our endless foreign wars."

Trump is scheduled to deliver the address to a joint session of Congress at 9 p.m. ET on Tuesday. It had been slated for Jan. 29 but then was delayed because of the shutdown.