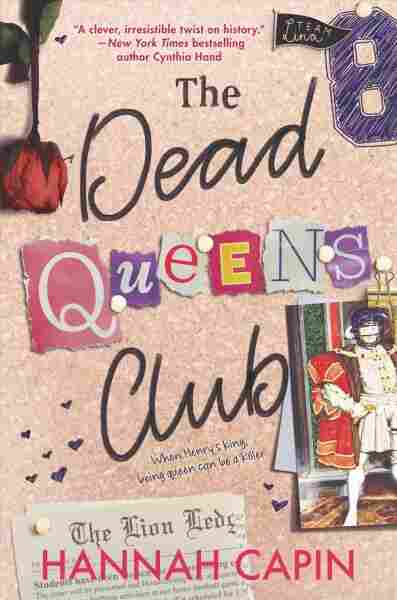 On the outside, The Dead Queens Club seems like typical angsty YA fare. The cover image looks like it might be a section of any bulletin board in any teen's room in America. The basic plot attracts readers just like every other YA book we know and love: Quirky teen journalist Annie Marck moves from Cleveland to a small town in Indiana and hobnobs with the rich, popular, and beautiful crowd. Her "in" is Henry, the magnetic genius bad-boy jock she hit it off with at Overachiever Camp several summers ago, and with whom she is now best friends. He calls her Cleveland ("Cleves" for short). They enjoy sneaking out past curfew and playing pranks. Their friendship is the stuff of John Hughes legend.

Cleves dreams of being an edgy journalist whose work appeals to the masses, despite the efforts of her new school's editor-in-chief, Cat, who seems determined to censor Cleves at every turn, under the guise of journalistic integrity. Cat's dismissive to such an extreme that it almost feels like she's covering something up.

Cleves is constantly surrounded by Henry's girlfriends, of whom there are many: cheer queen, beauty queen, homecoming queen ... She's stuck by Henry — even long distance — through every hookup and breakup. On top of that, the whole school is haunted by the mystery of what really happened at prom last year, when one of Henry's exes and her brother died in a fire.

The plot is very Gossip Girl meets Riverdale, as told by a narrator with the verbal gymnastic skills of a teenage Lorelai Gilmore. That alone was enough to hold my interest! But one particular detail makes this storyline rise above the rest: The characters are 100% based on the court of Henry VIII.

It's totally okay if you don't remember the names of all Henry's wives and the order in which they came and went. You'll still love the wordplay, complicated relationships, and mystery.

Even the format is entertaining. Since it's written in Cleves's voice, each bite-sized chapter is titled with one clever clickbait headline after another. The heady litany of pop culture references and contemporary vernacular weave together in complicated, subversive wordplay. I was quickly swept away by the rapid-fire pace, binging the same way I would an addictive Netflix show. Capin perfectly executes the voice of a forward-thinking Generation Z girl genius, while deftly demonstrating her prowess as a historian, and balancing school politics and intrigue with strong messages about female relationships and girl power.

I confess: I did put down the book a few times to Google the holes in my Tudor history, which made the unfolding drama even more enjoyable. It's totally okay if you don't remember the names of all Henry's wives and the order in which they came and went. You'll still love the wordplay, complicated relationships, and mystery. Younger readers who fall in love with the dark drama may even enjoy reading more about the characters' real-life counterparts, a la Hamilton.

If you have brushed up on your history, I assure you that the plot won't be completely spoiled. I suspect that you will find the ending as satisfying as I did!