Accessibility links
Interview: Andre Holland On 'High Flying Bird,' A Film About An NBA Lockout Actor André Holland imagined professional basketball if athletes had real agency. So he teamed up with director Steven Soderburgh for a movie which imagines what that might look like. 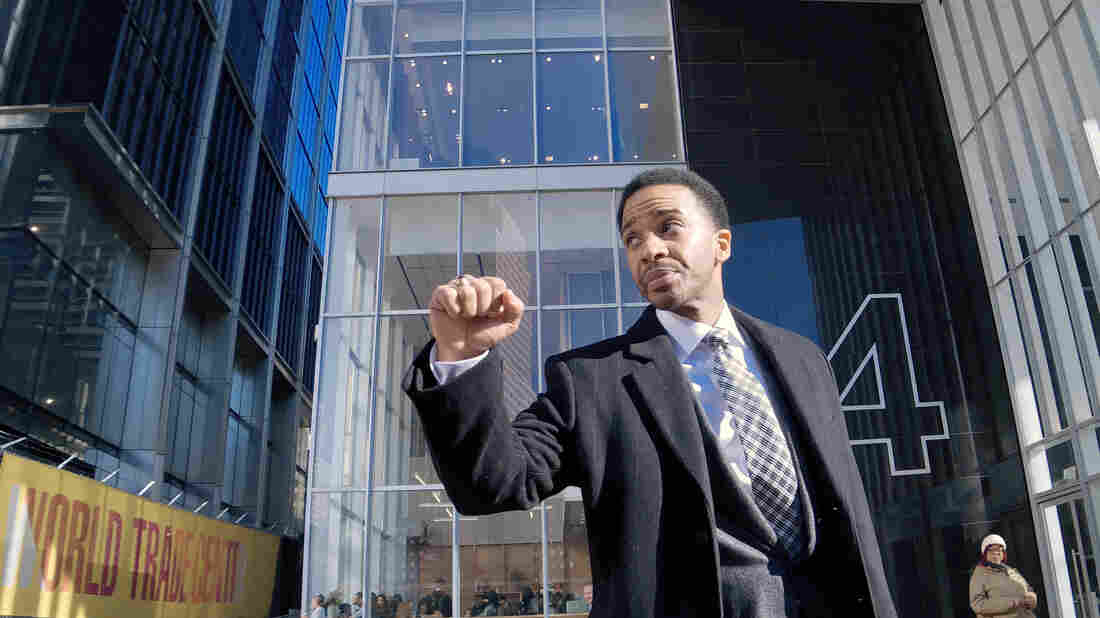 In High Flying Bird, directed by Steven Soderbergh with a screenplay from Tarell Alvin McCraney, André Holland plays Ray Burke — a sports agent with a scheme to shake up the NBA. Peter Andrews/Netflix hide caption 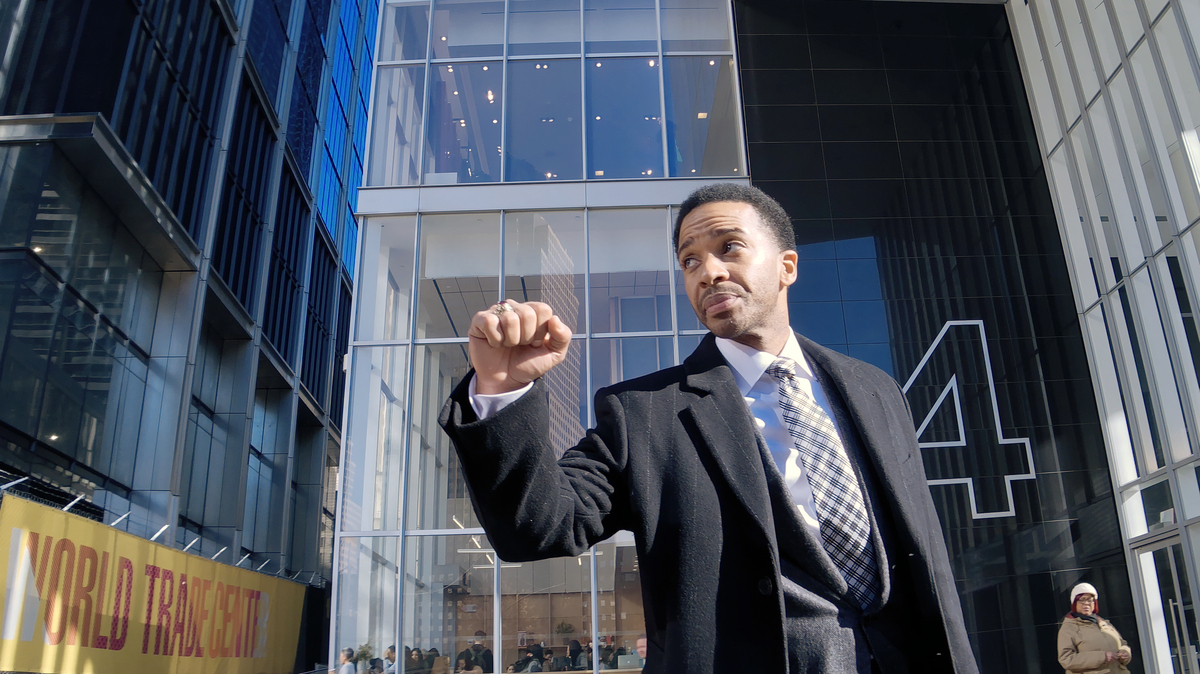 In High Flying Bird, directed by Steven Soderbergh with a screenplay from Tarell Alvin McCraney, André Holland plays Ray Burke — a sports agent with a scheme to shake up the NBA.

High Flying Bird is a basketball movie, but you rarely see a basketball. It's a film about, as one character says, "the game on top of the game": the ways that NBA owners, broadcasters and advertisers profit from the sport.

André Holland plays Ray, a sports agent, who finds his company credit cards suspended and his wallet low on cash in the 25th week of an NBA lockout. The players want to play — but the players also want to get paid for playing before the millions of fans who want to see them play.

To break the lockout, Ray and his new rookie client devise a scheme which might just end up breaking the power structure of the league. In these days in which every phone is a camera, why can't the players just ... play?

Director Steven Soderbergh shot High Flying Bird on an iPhone (as he did previously with the movie Unsane). André Holland, who earned praise for his performance in Moonlight, and in the Jackie Robinson biopic 42, was also an executive producer.

"So I did a [television show] with Steven Soderburgh called The Knick a few years back," Holland says in an interview. "And we were having a wonderful time together, had a number of interesting conversations on set, and I knew I wanted to continue our collaboration together. So I started pitching him ideas.

I think I would say that: If you look at college sports, for example, and compare the careers of those players with the miniscule number of people who make it out of that system into professional sports, I would just say that, you know, the film isn't only interested in telling the story about the millionaires. But it's also about the people who don't become millionaires, who don't get a chance to play on that stage, and what happens to their lives. Everybody's not LeBron [James], right, and everyone's career doesn't have that kind of trajectory. So the film is also looking at the lives of other people.

Well, it's sort of what we tease in the movie. I think it would be incredibly exciting, and I think that more people would have access to it, I think. I'd be curious to see what would happen to the communities around the game. Like, when we were talking about 42 earlier and the Negro Leagues, the ways that the communities that the Negro League teams played in were affected as a result of those industries were incredible. And so — and a lot of people argue that, you know, cities like Detroit and Birmingham and Pittsburgh, cities had thriving Negro League franchises: you know, when the teams were done away with, that the cities then began to decline economically. So I think it would be really interesting to see what it would be like to have a new league, in the way we propose it in the film, played in a city like my hometown of Birmingham, [Ala.]. I wonder what it might do, and I think it would be an exciting thing to experience. And maybe, if we get a chance to do a sequel, we'll get to explore that.

On performing in Oliver as a child

You did some digging, huh. ... My mother and my father started me doing that when I was quite young. I say I'm from Birmingham; I'm really from Bessemer, which is about half an hour south of Birmingham. And the theater that we did Oliver in, I was the one little black boy in the cast, and my name was Hans. ... And my line was: "Can I have a pickle?" I was one of the little street boys, and practiced my line, and I said it with pride. And my parents were there the whole time. And so I think that's what started me on this journey of acting.

It was an extraordinary experience. Getting to do that play and to share the stage with him and the other incredible actors was a dream come true. And I think the best part of it was: On the closing night, my parents flew over from Alabama to come and see it. My dad didn't have a passport at the time, so we had to get him a passport, and he came. And on the very last night, at the end of the show, Mark came out and gave this really beautiful speech where he sort of said that he admired my work. And the best part of it was looking up into the middle gallery and seeing my dad and my mom standing up watching, and I could sort of see my dad wiping away tears from his eyes. That was probably the most special part of all of it. ...

And I salute them [my parents], 'cause I certainly wouldn't have found my way here if not for them putting me — getting me cast as Hans.

Monika Evstatieva and Viet Le produced and edited this interview for broadcast. Patrick Jarenwattananon adapted it for the Web.