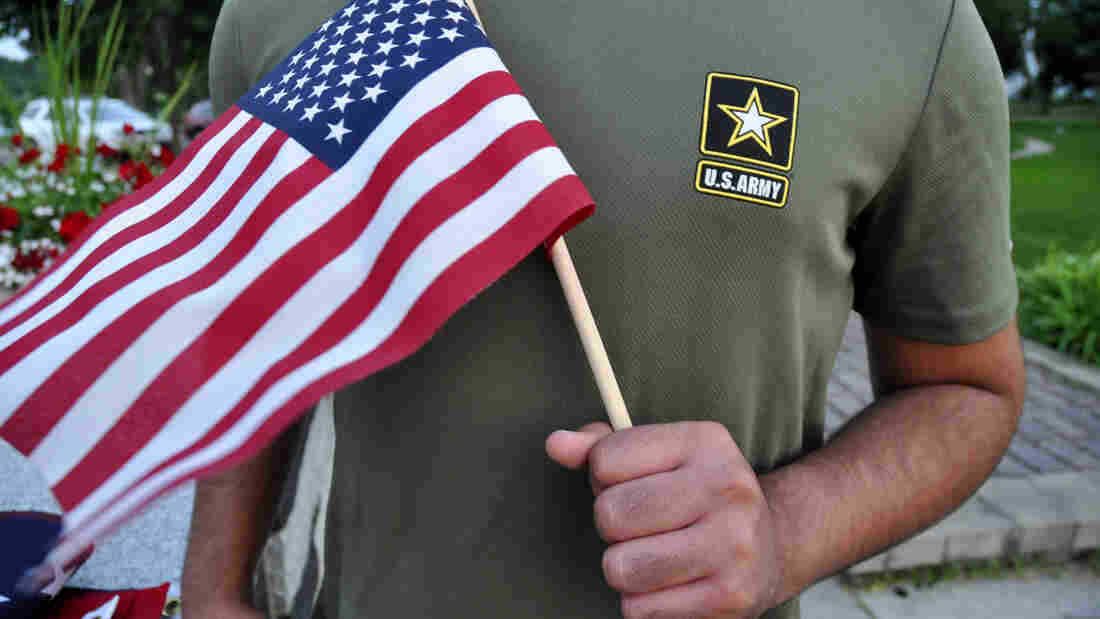 A Pakistani immigrant U.S. Army recruit, seen last year. A judge ruled this week that the Pentagon may not require soldiers who are naturalized citizens to undergo "continuous monitoring." Mike Knaak/AP hide caption

A Pakistani immigrant U.S. Army recruit, seen last year. A judge ruled this week that the Pentagon may not require soldiers who are naturalized citizens to undergo "continuous monitoring."

A federal judge in Seattle has ordered the Defense Department to stop discriminating against naturalized citizens who volunteered to serve in the U.S. Army under a program to attract certain immigrants with specialized skills.

U.S. District Judge Thomas Zilly ruled Thursday that the Pentagon may not require soldiers who are naturalized citizens to undergo "continuous monitoring," or security checks every two years, when such scrutiny is not applied to U.S.-born soldiers.

The plaintiffs are 17 naturalized citizens who enlisted through the Military Accessions Vital to the National Interest (MAVNI) program. Begun in 2009, the program recruits immigrants with critical foreign language or medical skills in exchange for a fast track to citizenship. More than 10,000 soldiers have served in the U.S. military through the MAVNI program. The program was frozen in 2016 due to security concerns.

The Defense Department "has provided no explanation for engaging in flagrant profiling, i.e., equating MAVNI status with national security risk, rather than justifying on a case-by-case basis the heightened monitoring or screening that the DoD wishes to conduct," Zilly wrote in a 32-page ruling that followed five days of testimony in November 2018.

The plaintiffs sued the Pentagon, arguing that the requirements for continuous security checks, even after discharge if they worked as civilians for the government or government contractors, represented unconstitutional discrimination based on national origin.

Judge Zilly noted in his ruling that the "defendant's witnesses acknowledged that no MAVNI soldier who has become a naturalized citizen has ever been charged or convicted of espionage or any other criminal offense or been denaturalized."

In July 2018, the Pentagon began discharging immigrants recruited under the MAVNI program, only to reverse that policy a month later.