Accessibility links
Groundhog Day 2019: Punxsutawney Phil Predicts An Early Spring Phil, the famous groundhog, did not see his shadow, meaning an early spring is upon us. 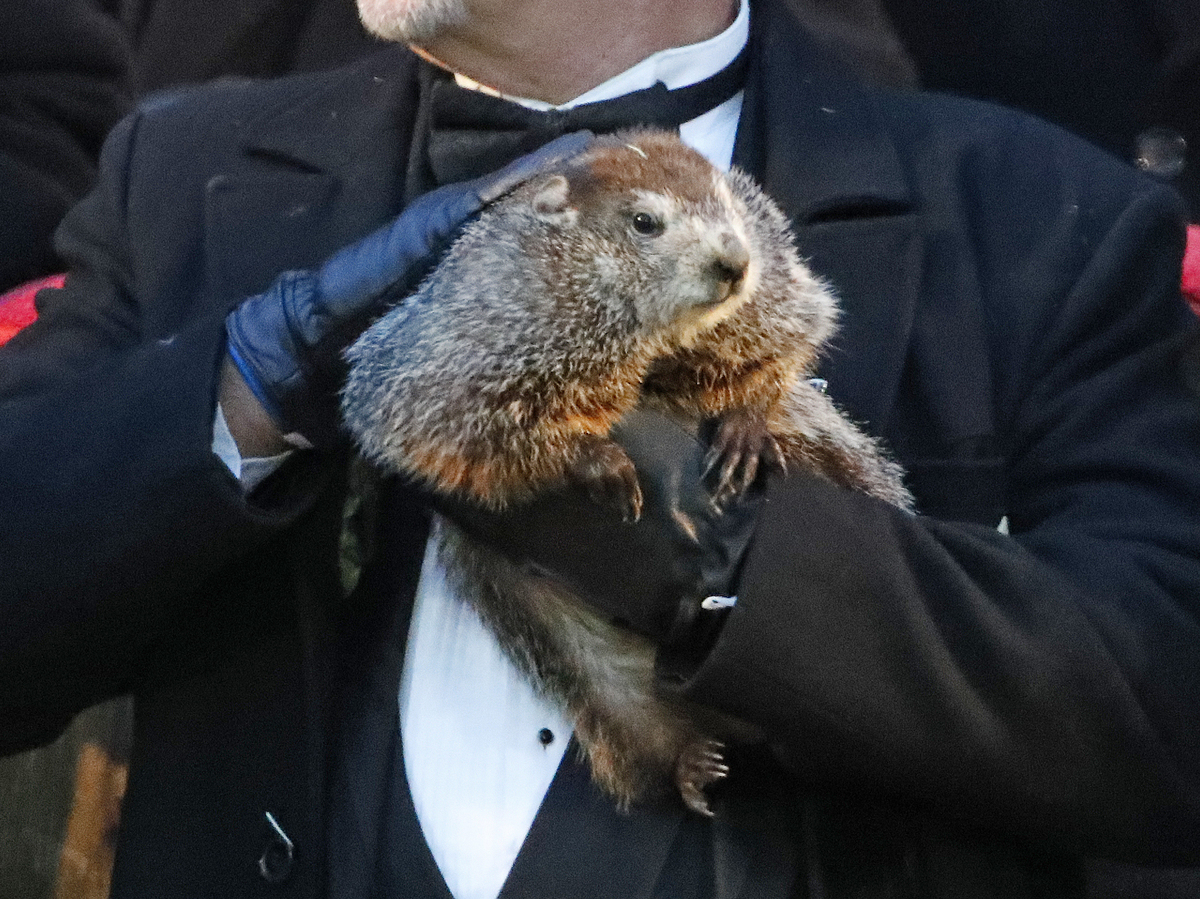 Good news for those affected by the historic polar vortex that hit most of the northern United States this week: Punxsutawney Phil, the world's most famous groundhog, did not see his own shadow, predicting an early spring, officials deemed.

It's only the 19th time in the past 133 years that the famed groundhog has predicted an early spring outcome.

As the annual ritual goes, if the groundhog sees his shadow and retreats to his burrow, it means six more weeks of winter. If not, spring will make an early appearance, according to the legend.

The event kicked off with fireworks and music at Gobbler's Knob, a tiny hill just outside Punxsutawney. The crowd was bundled in coats, hats and gloves, to brave through the frigid 10-degree weather.

There you have it, folks! #PunxsutawneyPhil has made his prediction - an early spring is on its way🌷🌼🌻🌞 Thanks for another memorable #GroundhogDay #GHD2019🎩🐾 Look out for #PASunnyDays coming your way😎 pic.twitter.com/3Yp35oYQwM

"This is the largest crowd I've ever seen on Groundhog Day in the history of Groundhog Day," the emcee said to the audience.

On stage, Phil was carefully taken out through tiny locked doors on a tree stump. "All hail groundhog supremacy," the Inner Circle president said, as Phil was presented to the crowd. Moments later, one of the Inner Circle members read Phil's early spring prognostication as the crowd roared with applause.

Punxsutawney Phil is quite the celebrity on Feb. 2, but during the rest of the year, he fulfills his job as being an attraction for locals. He and his groundhog wife, Phyllis, are pampered and well taken care of, though. They dine on fresh produce and take naps in cozy hay, as NPR previously reported.

The famous furry marmot – dubbed the "the seer of seers" by his fans – is not the most accurate forecaster. Since 1887, Phil's winter prognostication has only been correct 39 percent of the time, according to Stormfax Almanac's data.