Accessibility links
After 2 Months, The Sun Rises In The Northernmost U.S. Town The mid-winter sunrise on the Arctic Coast is a sweet sign of hope in the town of Utqiaġvik. 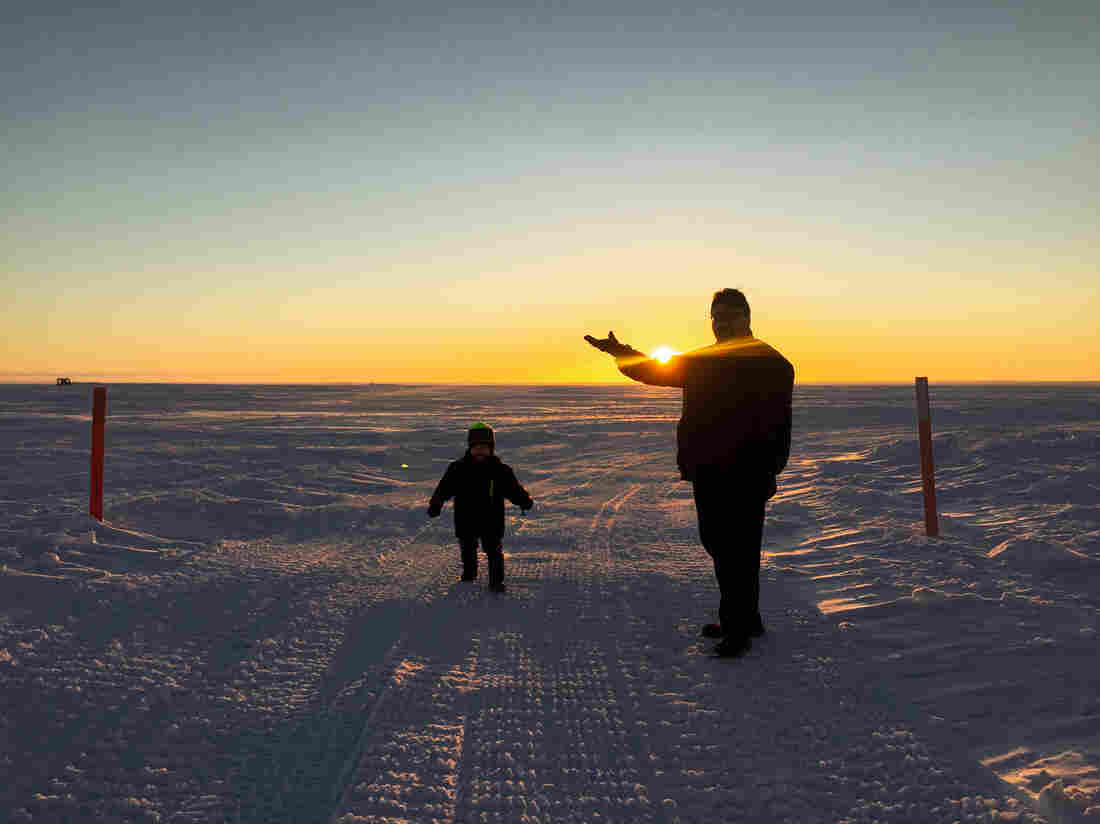 Robin Mongoyak and his young son enjoy the sunshine out on the southern edge of UtqiaÄ¡vik. Ravenna Koenig/Alaska's Energy Desk hide caption 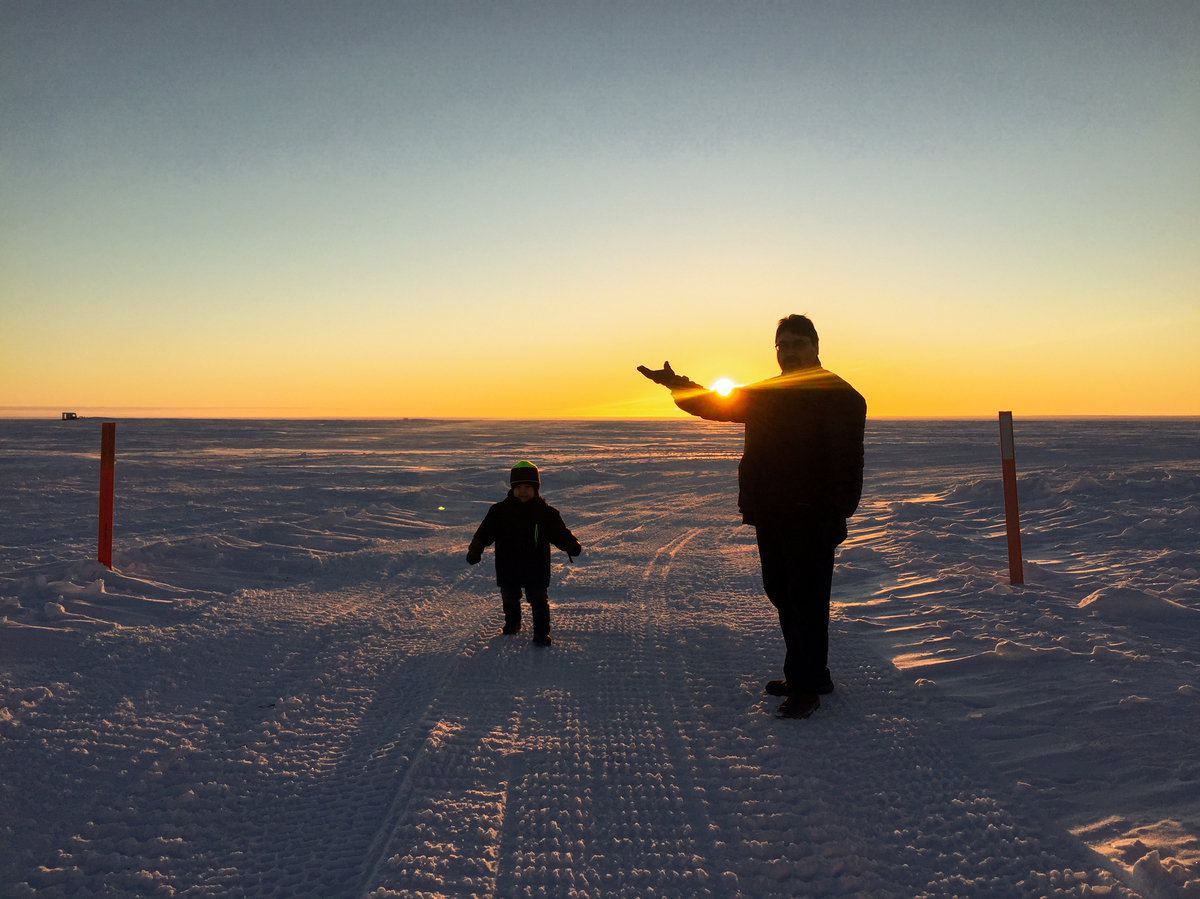 Robin Mongoyak and his young son enjoy the sunshine out on the southern edge of UtqiaÄ¡vik.

In the northernmost town in the United States, the sun stops appearing above the horizon in November and doesn't make it back up until January.

That first sunrise of the new year is the pivot-point on which winter turns and begins to move toward spring, delivering people on the northern Arctic coast of Alaska from the long spell of darkness.

When the sun comes up in Utqiaġvik, it makes a dramatic entrance: a thumbnail of neon pink inching above the horizon. And people are so, so glad to see it.

"When we get the sun back it's a completely different atmosphere," says Utqiaġvik resident Malcolm Noble. "You see people's faces light up. You just want to step outside."

If you're not from here, Utqiaġvik has an other-worldly look at any time of year. It's almost totally flat. There are no trees, no mountains.

But it's especially striking now, when the cluster of homes and buildings on the cusp of the Arctic Ocean are surrounded on all sides by white: the flat expanse of the snow-covered tundra to the south, and the frozen tumble of sea ice to the north.

Robin Mongoyak drives out to the edge of town where there's an unimpeded view of the afternoon sun hovering just above a never-ending expanse of snow.

"Man, the sun, I've been waiting for it," Mongoyak says. "I tell you what, I've lived here for 49 years, I felt like I had S.A.D. this past year... seasonal affective disorder."

Mongoyak says this was the first time in his life that the winter darkness sat heavy on him like that. But when the sun came back in late January, it reminded him that February and March—what he calls "the best days of sunshine"—were right within reach.

He describes those days with clear enthusiasm: "The whitest snow, the bluest skies, and the orangest circle right there just getting higher and higher, from more orange to more golden, you know, it's amazing."

He repeats a phrase in the Iñupiaq language that he associates with this time of year: quvianaqsiniaqtuq.

"That's what my mom and my dad used to say when we were growing up as kids," he says, "'quvianaqsiniaqtuq!' - 'It's going to get wonderful!'"

"Life is going to spring back to us," he explains. "Spring is coming, summer is around the corner. Birds when they come in big flocks, it's like thousands of people coming to greet us."

Mongoyak gets out of the car with his toddler son, and they gaze across the tundra.

He says that seeing the sun reminds him of all the spring and summer activities that are waiting for Utqiaġvik just around the corner: whaling, goose and duck hunting, fishing on the ocean, caribou hunting on the tundra. And just being outside.

He's gets a big smile on his face as he talks about it in the orange afternoon light.

Right now, Utqiaġvik is gaining minutes of sunlight by the day. By May, the town will be living in the other extreme: 24 hours of daylight, every day until August, when the sunshine hours start to whittle down towards winter again.