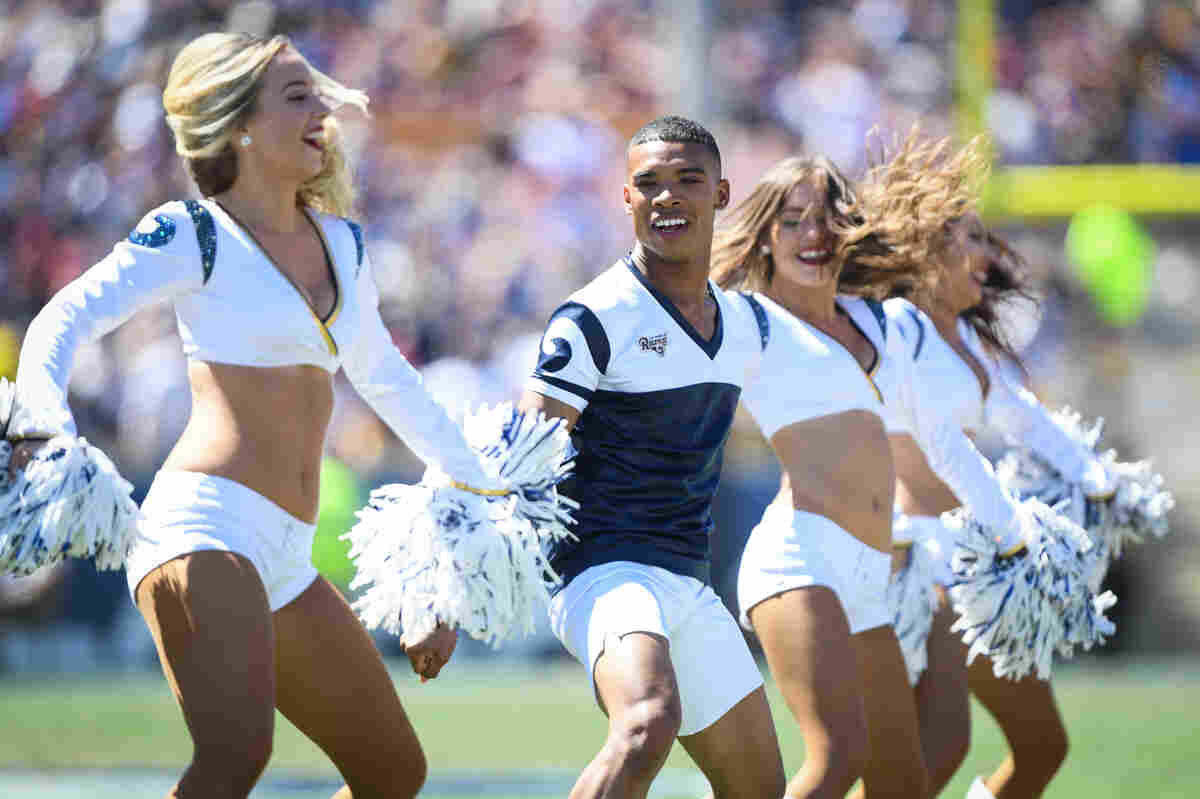 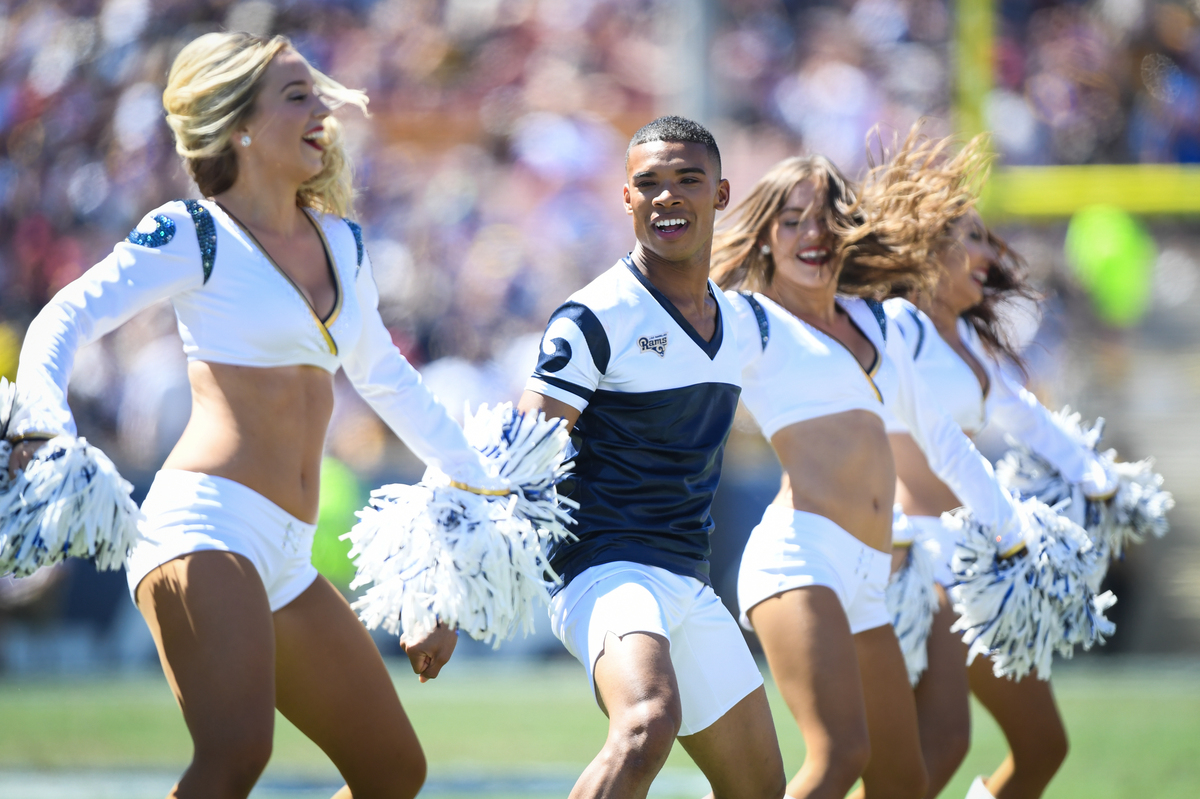 On game day the Los Angeles Rams cheerleaders line up on the field holding a power stance — feet firmly planted wide apart and arms jutting straight at their sides, ready to shake their pom poms to cheer and dance for their football team.

But two of the Rams cheerleaders at Sunday's Super Bowl won't be holding any pom-poms, they're men.

Napoleon Jinnies and Quinton Peron are making history tonight as the first male cheerleaders in the history of the National Football League (NFL) to perform at the big game.

In the past, men performing with the cheerleaders at the Super Bowl have been stuntmen, but Jinnies and Peron are the first to dance alongside women and official be a part of the cheer squad.

Still can’t belive I’m one of the first males in history to be a pro NFL cheerleader! Everyone’s support and love has been insane! 😭 thank you and GO RAMS! @RamsNFL @LARamsCheer #LARams pic.twitter.com/srpkYiVmEI

Male cheerleaders are not new to the sport. At the college and high school level, the sport has long been co-ed. But, this season was the first time that the NFL had male cheerleaders with Peron, Jinnies, and Jesse Hernandez of the New Orleans Saints' cheerleading squad.

Jinnies and Peron are both classically trained dancers who made the squad in March 2018, but both told NPR's Lulu Garcia-Navarro on Weekend Edition that they found their way to the auditions at the last minute. 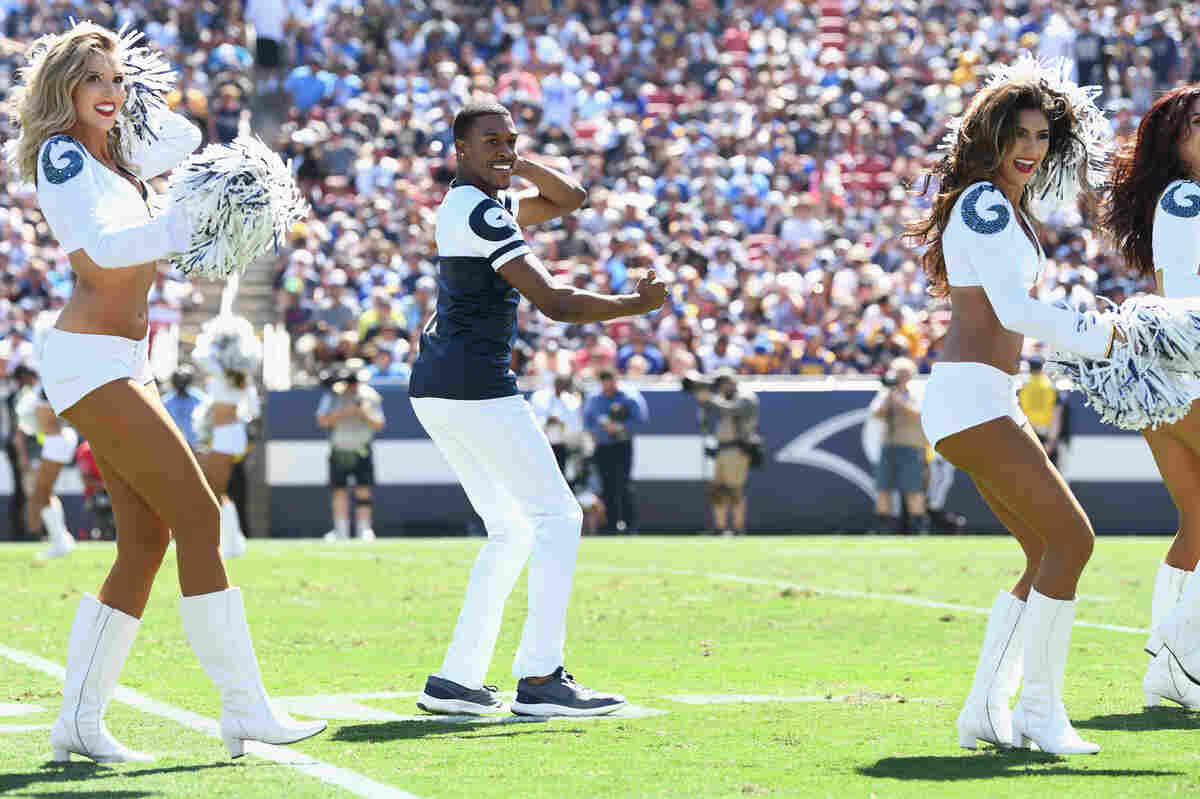 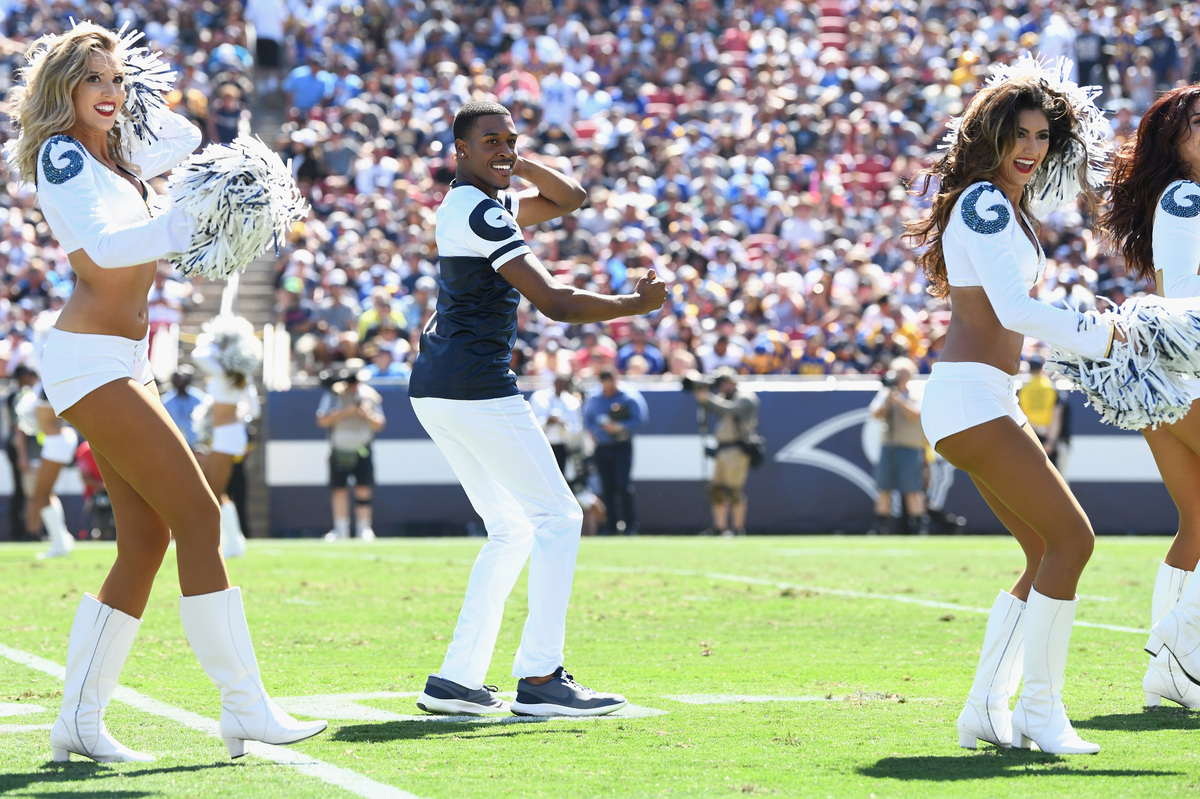 Peron was at a Lakers game on the Wednesday before the auditions, and found himself watching the Lakers cheerleaders.

"I recognized a few of them on the court and I just asked myself why can't I do that?" he asked.

He had already danced with some of the cheerleaders on the court. In fact, he had taught a few of them how to dance. So, Peron decided to call a friend who had been on the Rams cheer squad last year to ask about auditions. He found out they were that upcoming Sunday, so he decided to just show up.

Jinnies path to becoming a cheerleader was also impulsive. He had been working at a dance show at a theme park, and on his lunch break, he ran into some Rams cheerleaders talking about the upcoming audition. They encouraged him to try out, so he did.

"I think it means that anyone can achieve their dreams and make it to a huge stage," he said of his experience.

Both boys were a little nervous with pre-game jitters as they talked with Garcia-Navarro. They were on the bus with the rest of the cheer squad on the way to a fan rally in Atlanta.

"I'm so excited. I just feel like when we run on that field as a team for the first time in that big stadium it's going to be the best feeling ever," Jinnies said.

As male dancers, Peron thinks that the pair brings something unique to the Rams cheerleading squad.

"I think we bring a different energy," he said. "I don't know, it's a dynamic energy and a strength that we all kind of vibe off."

In a show of the squad's camaraderie, Peron turned to his teammates and quickly barked, "Whose house?"

"Rams House!" the chorus got louder.

"Aye!" Peron ended the cheer on a whimsical note.