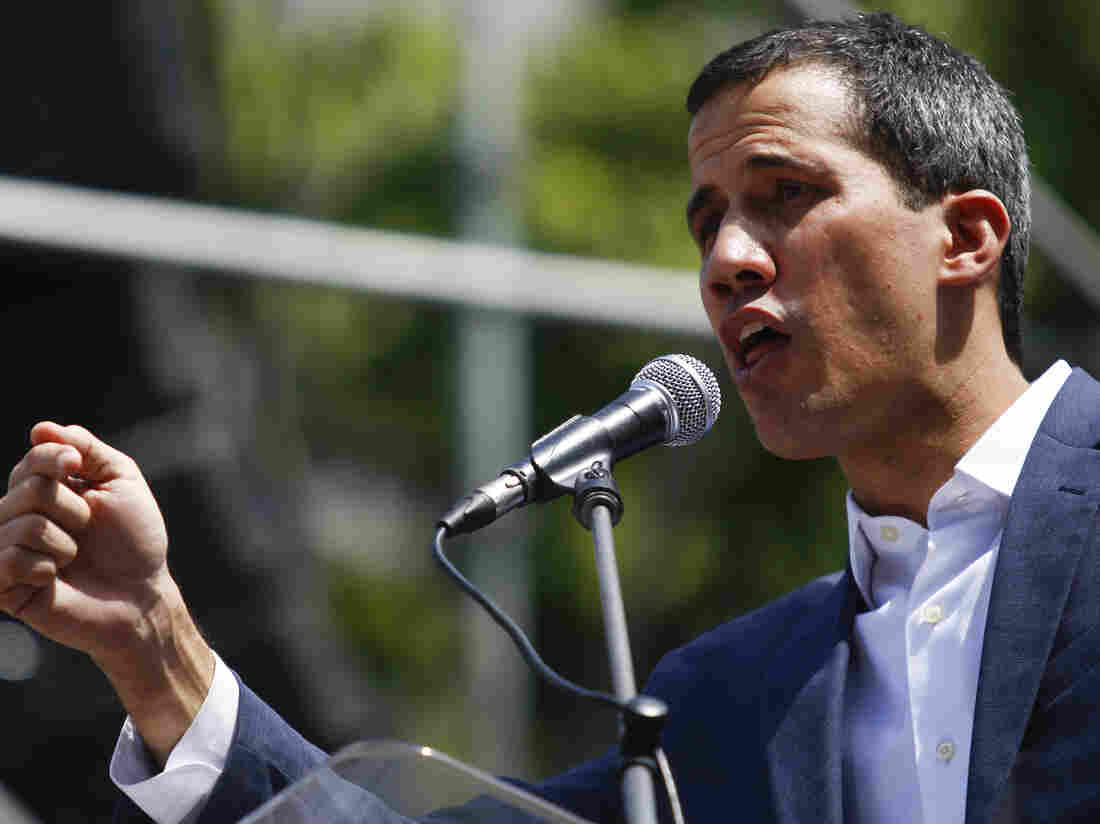 Opposition leader and self-proclaimed interim president of Venezuela Juan Guaidó talks to supporters during a rally against the government of Nicolás Maduro on Feb. 2. Marco Bello/Getty Images hide caption 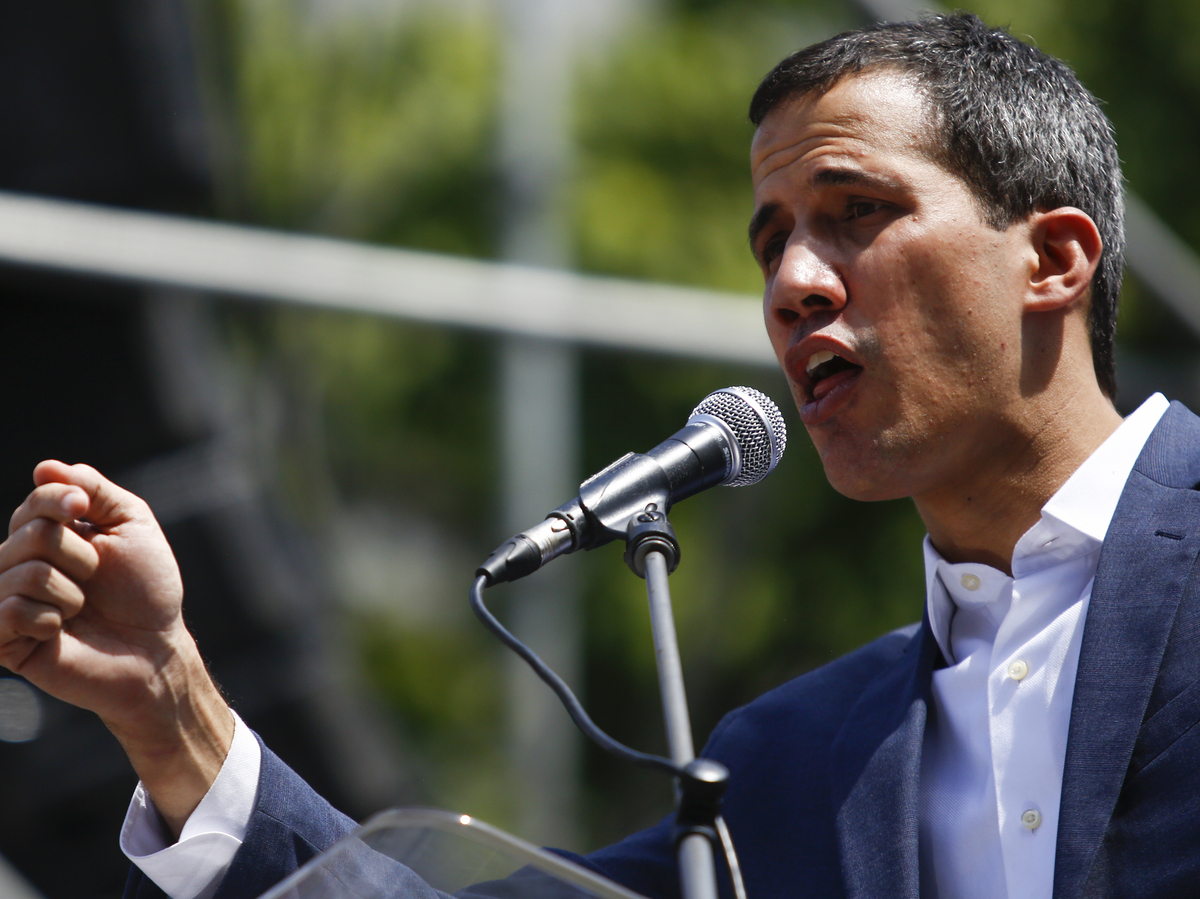 Opposition leader and self-proclaimed interim president of Venezuela Juan Guaidó talks to supporters during a rally against the government of Nicolás Maduro on Feb. 2.

Spain, Britain, France and Germany recognized Guaidó Monday after Maduro failed to comply with their demands that new presidential elections be held in the oil-rich South American country to forestall a violent end to the conflict over who should govern Venezuela.

"Nicolas Maduro has not called Presidential elections within 8 day limit we have set," said British Foreign Secretary Jeremy Hunt in a tweet. "So UK alongside European allies now recognises @jguaido as interim constitutional president until credible elections can be held. Let's hope this takes us closer to ending humanitarian crisis."

Maduro denounced the "disastrous" decision by the European nations as part of a "gringo" plot to overthrow his government. He spoke at a military rally designed, in part, to display his support among Venezuela's military leaders.

Maduro had special criticism for Spain's Prime Minister Pedro Sanchez, who leads "the coward government of Spain," according to the embattled Venezuelan leader.

But Maduro's support in his own region is waning as the countries known as the Lima Group, made up of 13 Western Hemisphere nations, admitted the Guaidó government and Venezuela's National Assembly as full members of that multi-national group. It also called for "a process of peaceful transition ... without the use of force."

At the Group's meeting Monday in Ottawa, Canada, which is a member, pledged $53 million in humanitarian aid to Venezuela.

The list of countries supporting Guaidó has grown to a total of 38, according to the Associated Press. He declared himself as Venezuela's interim president on Jan. 23 and was immediately recognized by the United States.

Maduro is backed by China, Russia, Turkey and other smaller nations.