Accessibility links
Court Orders Vale To Stop Using Tailings Dams As Death Toll Climbs Above 120 As more bodies are found and about 200 more are feared buried beneath yards of sludge, a Brazilian judge ruled that the mining giant must refrain from disposing chemical waste at eight of its dams. 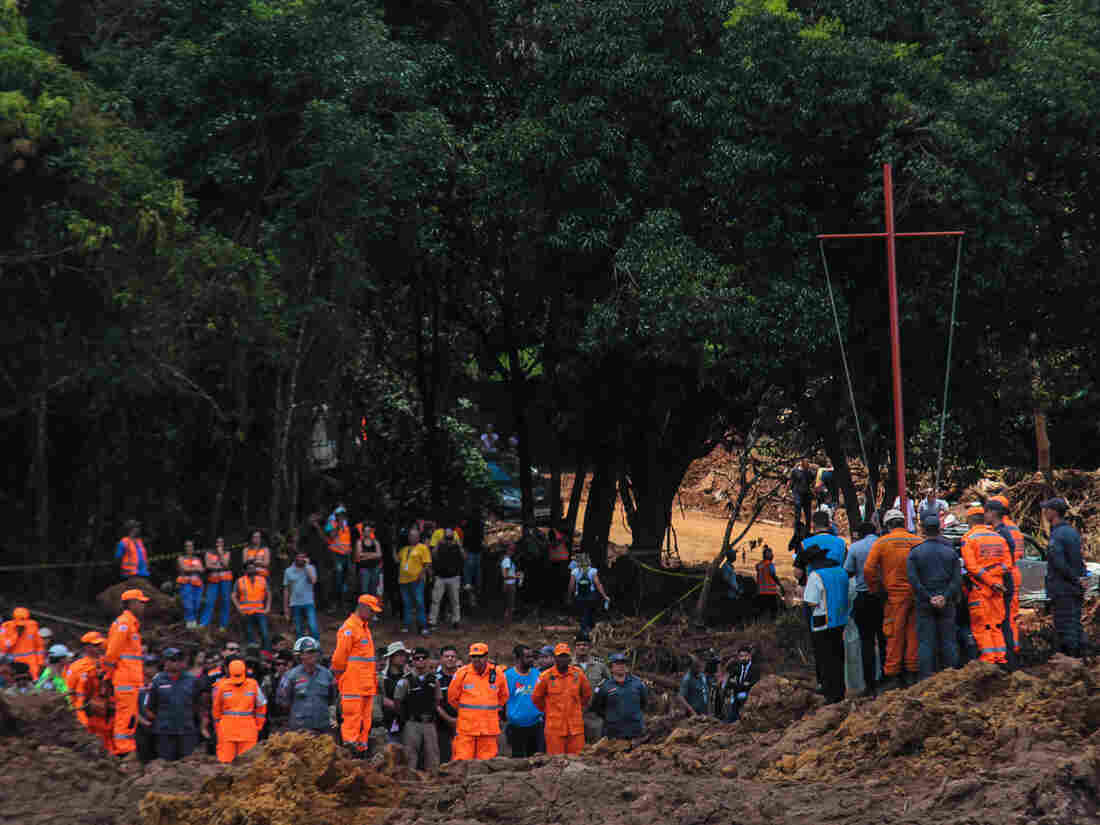 Rescue teams paid homage to the victims of the rupture of the Córrego do Feijão dam in Brumadinho, Brazil, on Feb. 1. As of Monday, 121 were reported dead, another 205 were still missing. Rodney Costa/Barcroft Media via Getty Images hide caption 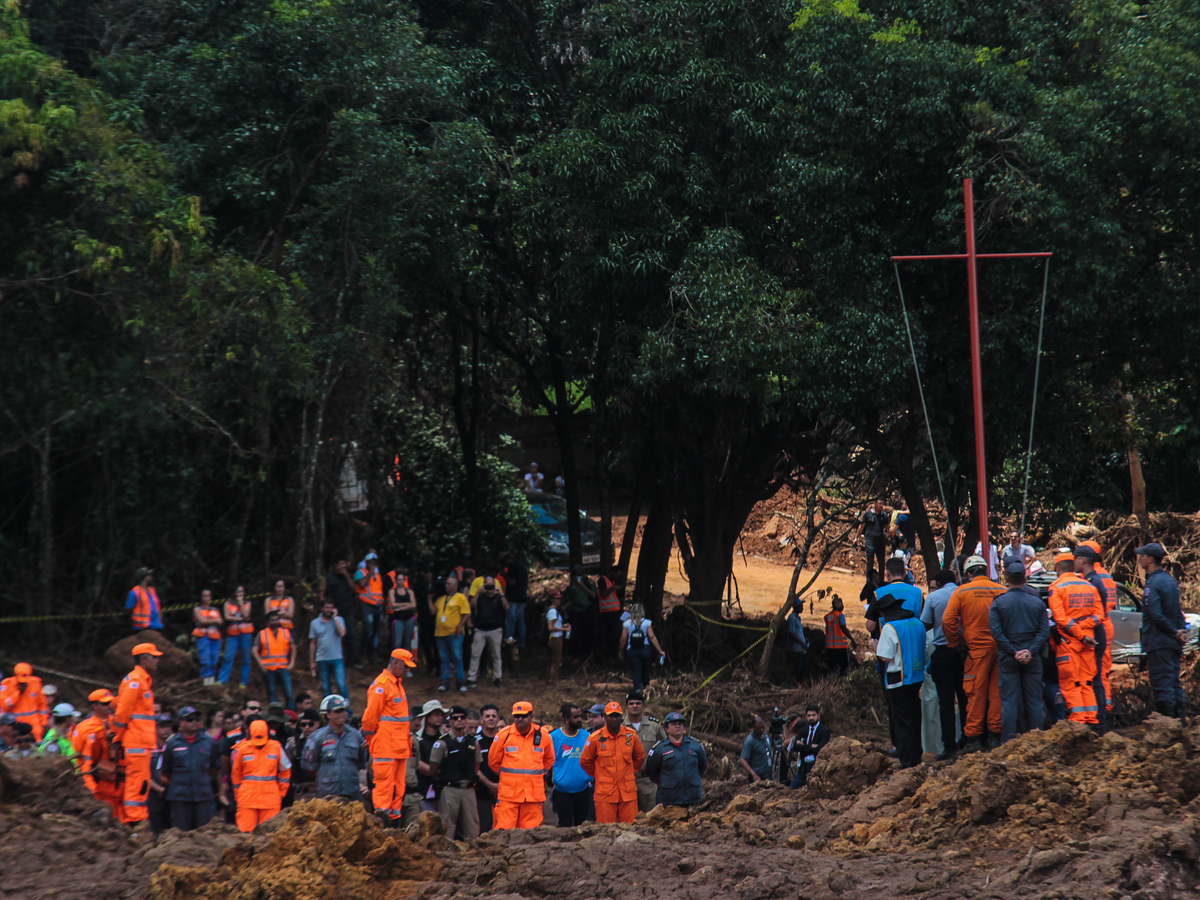 Rescue teams paid homage to the victims of the rupture of the Córrego do Feijão dam in Brumadinho, Brazil, on Feb. 1. As of Monday, 121 were reported dead, another 205 were still missing.

A Brazilian state court has ordered Vale SA to refrain from disposing of tailings at eight of its dams, in the wake of the environmental disaster last month, which spilled 3 billion gallons of mining waste, obliterated a town, killed more than 120 people and has likely buried another 200 people under several yards of contaminated mud.

The collapse of the tailings dam on the outskirts of Brumadinho in southern Brazil on Jan. 25, and the rivers of rust-colored sludge still sweeping through the region, have prompted federal regulators to initiate safety audits of hundreds of tailings dams across the country. It has also triggered public calls for widespread reforms in how mining companies store their waste.

Tailings are the chemical and finely ground rock particles that are left over once the valuable mineral has been extracted from mines.

The decision on Monday marks the latest move by the courts against the company – the largest iron ore and nickel extractor in the world – since the fatal dam break.

In a statement, Vale suggested it would appeal the ruling saying it would "adopt the appropriate legal measures in relation to this decision."

"All dams are duly licensed and have their respective stability reports in force. Vale therefore understands that there is no technical basis nor risk assessment to justify a decision to suspend the operation of any of these dams," the mining giant said.

The company also noted that it had already decommissioned three of the dams identified by the court. They are among 10 of the company's tailings dams built by the upstream method, considered the most dangerous and unreliable of the three dam designs most commonly used in the mining industry, that officials announced last week would be "de-characterized" over the next three years.

As Reuters reports, "Chile, Peru and other earthquake-prone countries ban the design, in which tailings are used to progressively construct dam walls the more a mine is excavated. Brazil is not as earthquake-prone as its western neighbors, but even small seismic activity has been shown to affect tailings dams."

Minas Gerais Fire Department officials told the paper they are worried that the rain could destabilize the tailings that remain where the dam once stood, placing firefighters and other rescue workers in danger. Instead, firefighters focused their efforts along the banks of the Paraopeba River where people, debris and sludge flowed away from the dam.

Lieutenant Pedro Aihara, a spokesman for the Minas Firefighters Corps, said it unlikely they will find all of the people who have been reported missing, but that everyone is working as fast as they can to recover the greatest number.

So far, O Globo reports, there are 121 confirmed deaths, 114 of which have been identified.

Over the weekend, a Brazilian television station aired a video that captured the dramatic moment the dam ruptured.