From Federal Workers To A 6th-Grader Named Trump: State Of The Union Guests To Know

From Federal Workers To A 6th-Grader Named Trump: State Of The Union Guests To Know 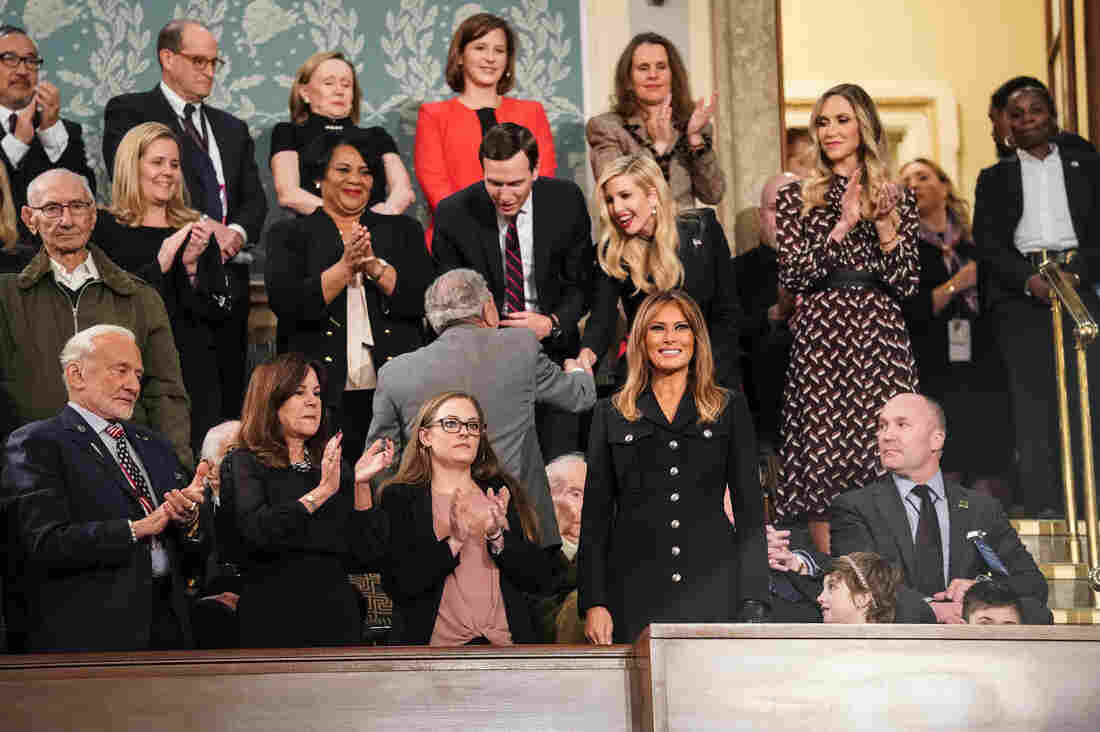 First lady Melania Trump stands with her guests ahead of Tuesday's State of the Union address. Doug Mills/Reuters hide caption 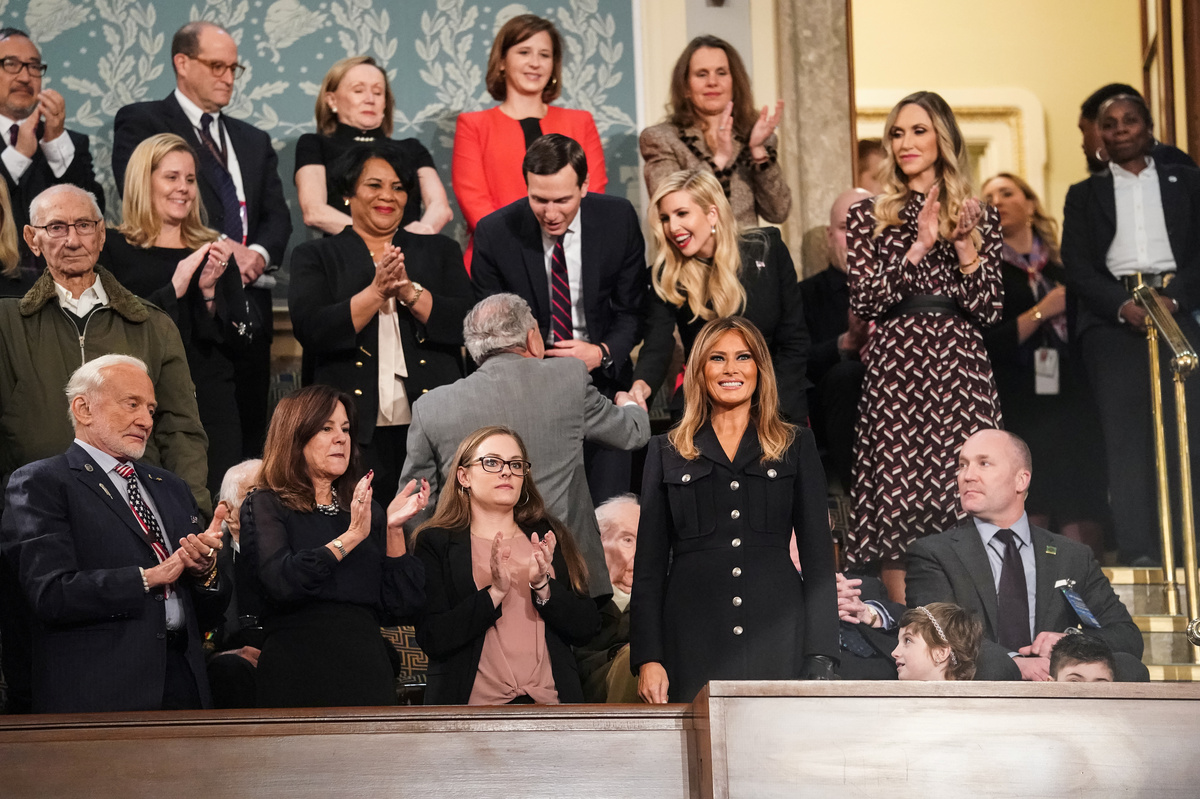 First lady Melania Trump stands with her guests ahead of Tuesday's State of the Union address.

The most important political issues of the past year will be on display Tuesday night, not only in what President Trump says in his State of the Union address but in who will be in the audience.

Furloughed federal workers, Border Patrol agents, immigrants, school shooting survivors and the first inmate to benefit from a new criminal justice law will be among those to gather in the chamber of the U.S. House.

Lawmakers, along with the president and first lady, pick guests every year to highlight or protest the policies of an administration.

In 2016, after serving 21 years in prison, Charles won early release. He got a job and started volunteering, but less than two years later he was sent back to prison after an appeals court found there had been a mistake with his release.

He was released from prison again earlier this year, just weeks after Trump signed the First Step Act into law. The criminal justice law, which reduced sentences for certain federal drug crimes, among other provisions, may be Trump's crowning bipartisan achievement from his first two years in office. 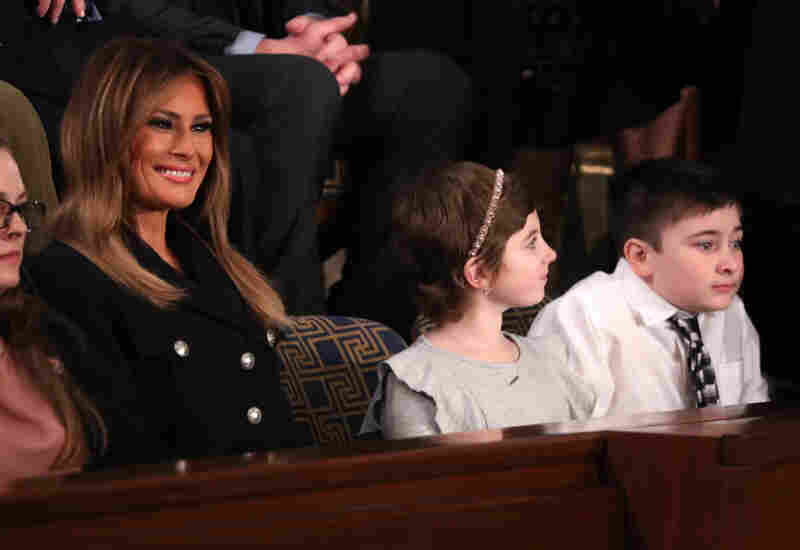 The frst lady sits with guests Grace Eline (center), a cancer survivor, and Joshua Trump (right), a Delaware student who has been bullied because of his last name, during Tuesday's State of the Union address. Jonathan Ernst/Reuters hide caption 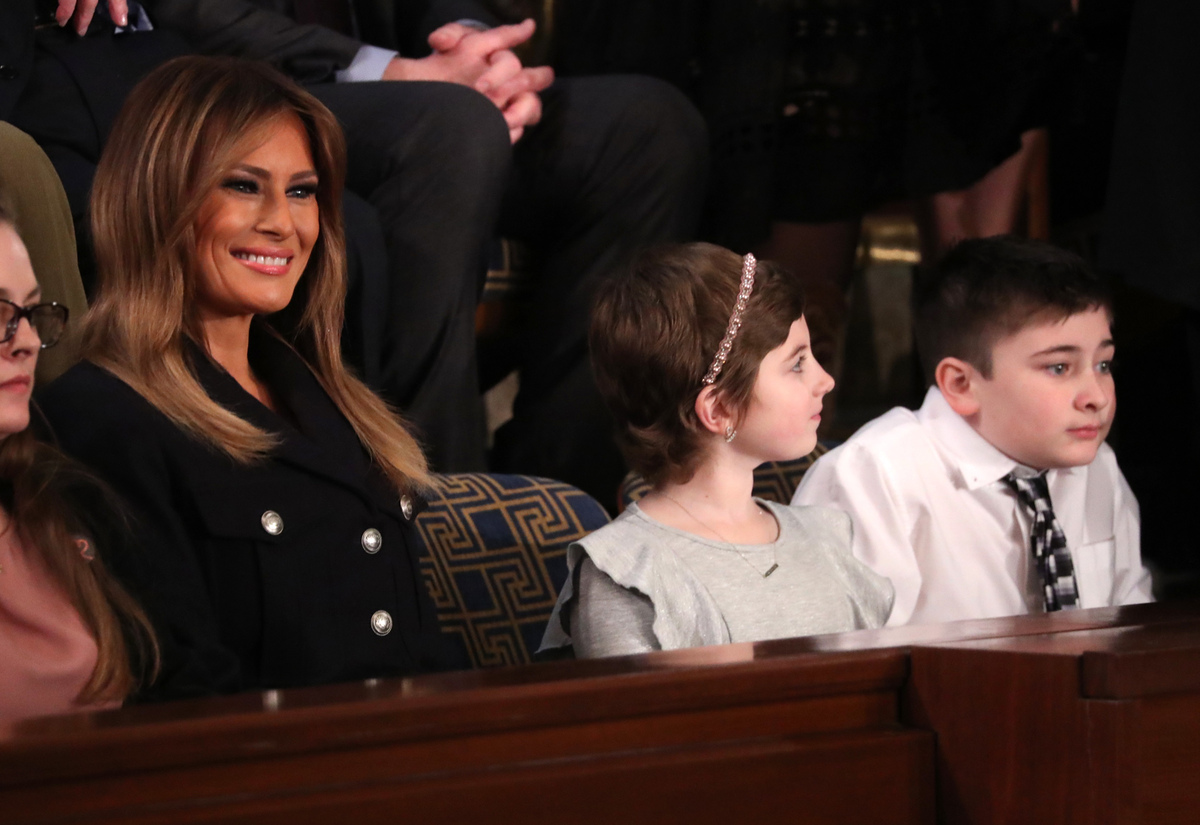 The frst lady sits with guests Grace Eline (center), a cancer survivor, and Joshua Trump (right), a Delaware student who has been bullied because of his last name, during Tuesday's State of the Union address.

In a nod to Melania Trump's "Be Best" initiative, she will also host a sixth-grader named Joshua Trump who "has been bullied in school due to his last name."

Trump Speech To Point To Bipartisan Successes And Other Topics, Conway Says

The first lady's guests also include a young cancer survivor, a lumber plant manager who benefited from the new tax law and a survivor of the attack on the Tree of Life synagogue in Pittsburgh.

Both sides of immigration debate

Sen. Jeff Merkley, D-Ore., said he will "highlight the human suffering" caused by the president's immigration policy by bringing Albertina Contreras Teletor and Yakelin Garcia Contreras, a mother and daughter who were separated at the Southern border last year.

Yakelin, who turns 12 on Tuesday, was separated from her mother for nearly two months before they were reunited.

"This child separation policy came from a dark and evil place within the heart of this administration," Merkley said in a statement.

Rep. Jimmy Gomez, D-Calif., will bring Sandra Diaz, a former undocumented immigrant who worked at the Trump National Golf Club in Bedminster, N.J., for a number of years.

But Trump will have his share of supporters for his hard-line approach to immigration as well.

Representative Chip Roy, R-Texas, is inviting Brandon Judd, the president of the National Border Patrol Council. Trump thanked Judd on Twitter in January for speaking in support of building a wall along the Southern border.

Thank you to Brandon Judd of the National Border Patrol Council for his strong statement on @foxandfriends that we very badly NEED THE WALL. Must also end loophole of “catch & release” and clean up the legal and other procedures at the border NOW for Safety & Security reasons.

Tennessee Republican Sen. Marsha Blackburn and Rep. Tim Burchett are bringing Knoxville Fire Department Capt. D.J. Corcoran and Wendy Corcoran. They are the parents of Pierce Corcoran, 22, who died in a car accident in December 2018. Corcoran was in a car crash with a driver who is an undocumented immigrant and who has been charged with negligent homicide and driving without a license or insurance.

The accident has fueled the ongoing national debate over illegal immigration.

"The tragedy the Corcoran family has endured is one no family should ever have to experience," Blackburn said. "The attendance of Pierce's parents at the State of the Union serves as a reminder that we, as a Congress, have a duty to keep the American people safe."

The recent partial government shutdown — the longest in U.S. history — has prompted Democrats including Sen. Chris Van Hollen of Maryland and Sen. Elizabeth Warren of Massachusetts to bring federal workers affected by the shutdown.

Van Hollen is working on legislation to give federal contractors back pay.

"It's time to send a message to President Trump and Senate Republicans: federal and contract workers are the backbone of our economy and their livelihoods should never be used as pawns in Republican political games," Warren said in a statement.

Sen. Kamala Harris, D-Calif., will bring Trisha Pesiri-Dybvik, an air traffic control specialist who lost her home in a 2017 wildfire and who was also furloughed.

Trisha Pesiri-Dybvik was one of the more than 800,000 federal workers whose paychecks were withheld during the shutdown — and it happened while her family was still recovering from losing their home in the Thomas Fire. I’m honored she will join me at the State of the Union. https://t.co/N5kBRlHeDy

WATCH: Assault Victims Confront Jeff Flake After He Says He Will Vote For Kavanaugh

The emotional moment was caught by TV cameras and quickly went viral, although it did not ultimately affect Kavanaugh's confirmation or Flake's support for it.

This @AnaMariaArchil2, the NY-14 shero that will be accompanying me to the State of the Union tomorrow.

She wasn’t planning on leaping into that elevator ahead of the Kavanaugh vote, but after hearing the stories of survivors across the country, she went in.

Sen. Kirsten Gillibrand, D-N.Y., and Rep. Chris Pappas, D-N.H., are both bringing guests to protest the Trump administration's ban on transgender people serving in the military.

"Denying transgender Americans their right to serve this country is a disgrace," Pappas said. "They deserve equal treatment by their government and the law."

A handful of House Democrats, including Georgia Rep. John Lewis, plan to skip the speech entirely, according to The Hill.