Accessibility links
Random House Copy Chief: Stand Tall, Wordsmiths! (But Choose Your Battles) The subtitle of Benjamin Dreyer's book is An Utterly Correct Guide to Clarity and Style, but "the last thing that I want to do is to pass myself off as some sort of ferocious gatekeeper," he says. 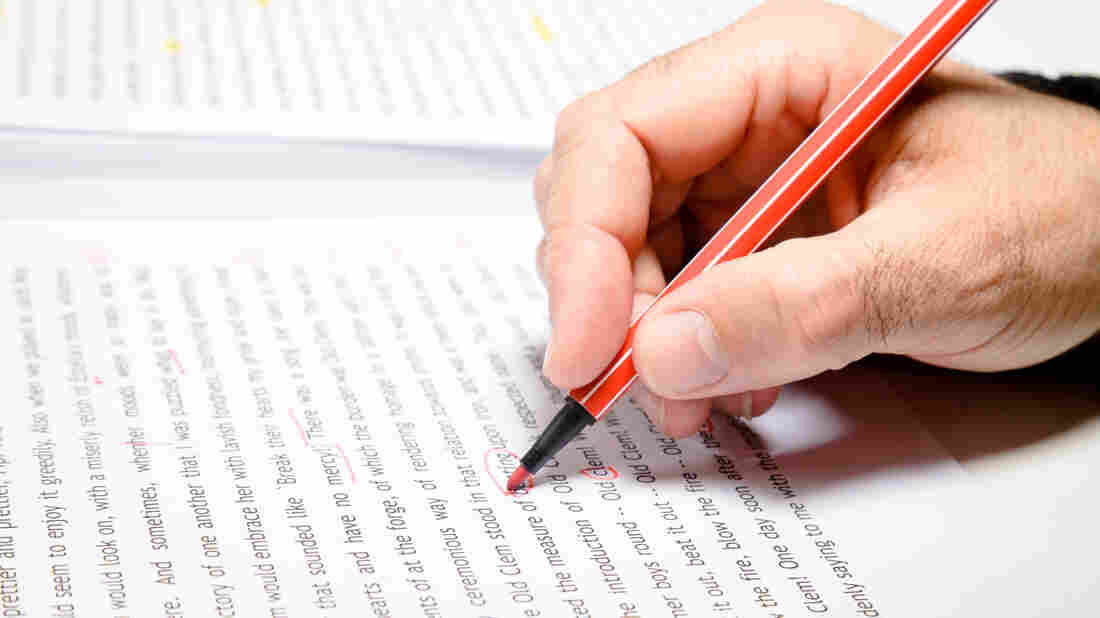 Random House copy chief Benjamin Dreyer is not a fan of the word "very."

"It's not a dreadful word," he allows, but "it's one of my little pet words to do without if you can possibly do without it."

"Very" and its cousins "rather" and "really" are "wan intensifiers," Dreyer explains. In their place, he advises that writers look for a strong adjective that "just sits very nicely by itself" on the page. For example, "very smart" people can be "brilliant" and "very hungry" people can be "ravenous."

Dreyer gets the final say over questions related to grammar, style and clarity at Random House. Now he's sharing his writing advice in the new book Dreyer's English: An Utterly Correct Guide to Clarity and Style.

"Words are my business, and the meaning of words is my business," he says. "To watch language twisted and distorted — that gets under my skin and makes me unhappy."

On being a stickler for grammar and punctuation

There's nobody I know who does words for a living who doesn't adhere to certain either odd or essentially irrational preferences or distastes. I think you simply need to sort of contain yourself. Like, pick six things you want to be ridiculously stubborn about, not dozens and dozens and dozens of them. You have to choose your irrational battles.

On the collaboration between copy editor and author

I think that a good rate of acceptance between copy editor and author may be 85 percent of the copy editor's suggestions would get approved. There are certain times where the author simply says, "Funny thing, I actually like it the way I wrote it myself." And you are, of course, deferential because you know who's the dog and who's the tail.

I've encountered very few examples of ... a disconnect that's so bad that the author is absolutely, adamantly opposed to everything that the copy editor has done. That just doesn't happen. Professional copy editors are sensitive to what writers are doing, and they know that their job is to get into the manuscript and to enhance it, to make it ... more of itself than it was before you got to work on it. You're not in there to take an ax to it. You're not there to sort of pound it into some sort of standardized submission. 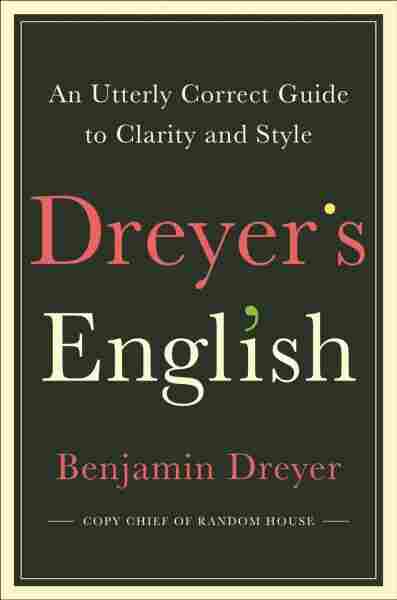 An Utterly Correct Guide to Clarity and Style

You have to listen; copy editing is very much about listening. If the copy editor is listening to what the writer is doing and is offering suggestions accordingly, that dialogue that occurs on the page — it used to happen in pencil, now, of course, it happens in track changes — that conversation should go quite well.

On reordering the parts of a sentence to make it stronger

On the passive voice

A classic example of passive voice — and it's very weaselly and you shouldn't say it — [is] "mistakes were made." ... By whom? Can somebody take some responsibility here? I made a mistake. You made a mistake. It needs a person there having made the mistake.

But every now and then, there's nothing particularly wrong with the passive voice, if you are simply, for instance, trying to establish a situation whose actor, whose performer, you don't know: The refrigerator door was left open. That is simply an observation. ... You're not necessarily trying to say who did it, you are simply observing that something occurred, and you can't say who did it because you don't know. And if you say, "Someone left the refrigerator door open," then all of a sudden we're no longer simply observing a situation, we're pointing a finger at somebody. ...

If there's no front-loaded actor at the beginning of a sentence, you may be able to append the phrase "by zombies" to the end of it, and that's how you know, more or less, that you're staring at a sentence that's written in the passive voice.

This, ultimately, was the intersection of my perspective as a copy editor and my perspective simply as a human being. I remember reading a few years ago an article in The New York Times that was all about a person who did not identify as male or female. And I made my way through the article, which was extremely well-written, and toward the end of the article there was a quotation, there was a description of this person by this person's father or mother that referred to the person as "they." ...

I then went back and I read the entire article and realized that the writer of the article had managed to write the entire article about this person without ever resorting to a pronoun, and it was done seamlessly and eloquently. On the one hand, I was sort of impressed by the effort, while at the same time I was also beginning to contemplate the necessity of this avoidance.

And at one point even I began to realize how ridiculous I was, and the word "they" popped out of my mouth. ... [I thought,] just honor your colleague, honor this person that you work with. ... It shouldn't have to take something personal, a one-on-one encounter with another human being. It shouldn't necessarily have to take that sort of thing to make you evolve properly. Maybe you should be a better person and you should be able to do it in the abstract. But sometimes it does take a personal encounter to get you to change how you see things. ...

The last thing that I want to do is to pass myself off as some sort of ferocious gatekeeper who — in some sort of argument about the purity and the wonder of the English language, and how it must be preserved — is simply being unkind and cruel to other human beings.