Accessibility links
Proud Boys Founder Files Defamation Lawsuit Against Southern Poverty Law Center SPLC has labeled the far-right Proud Boys a hate group. Gavin McInnes denies that and says the designation has ruined his reputation and caused him and the group to be barred from online platforms. 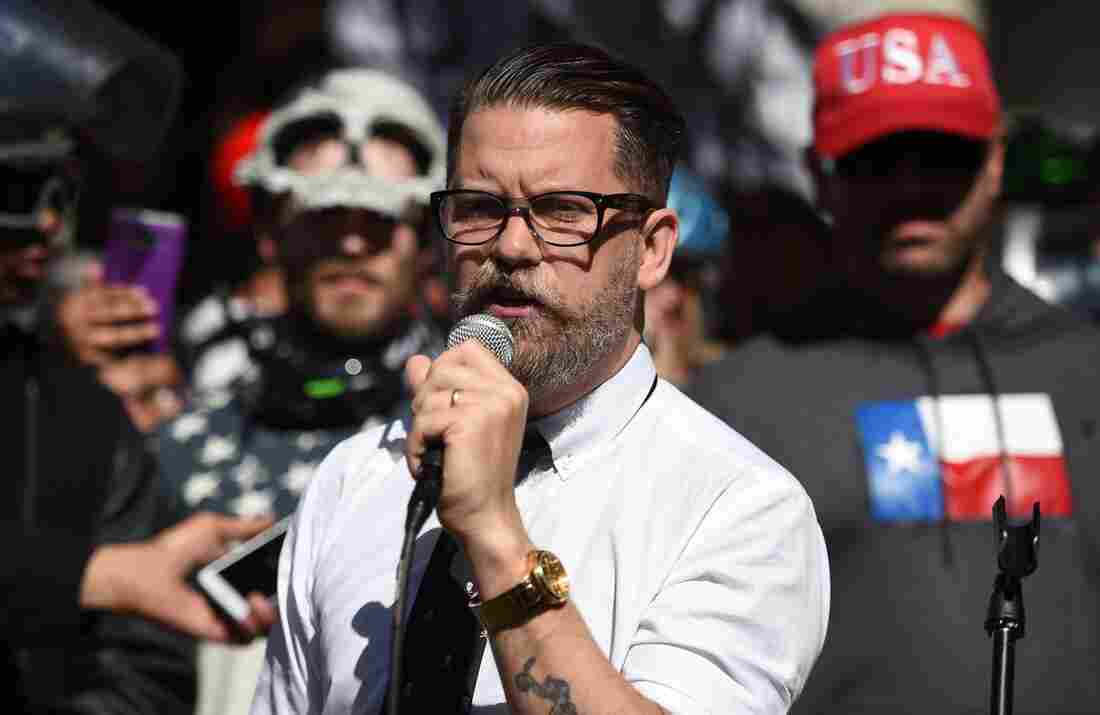 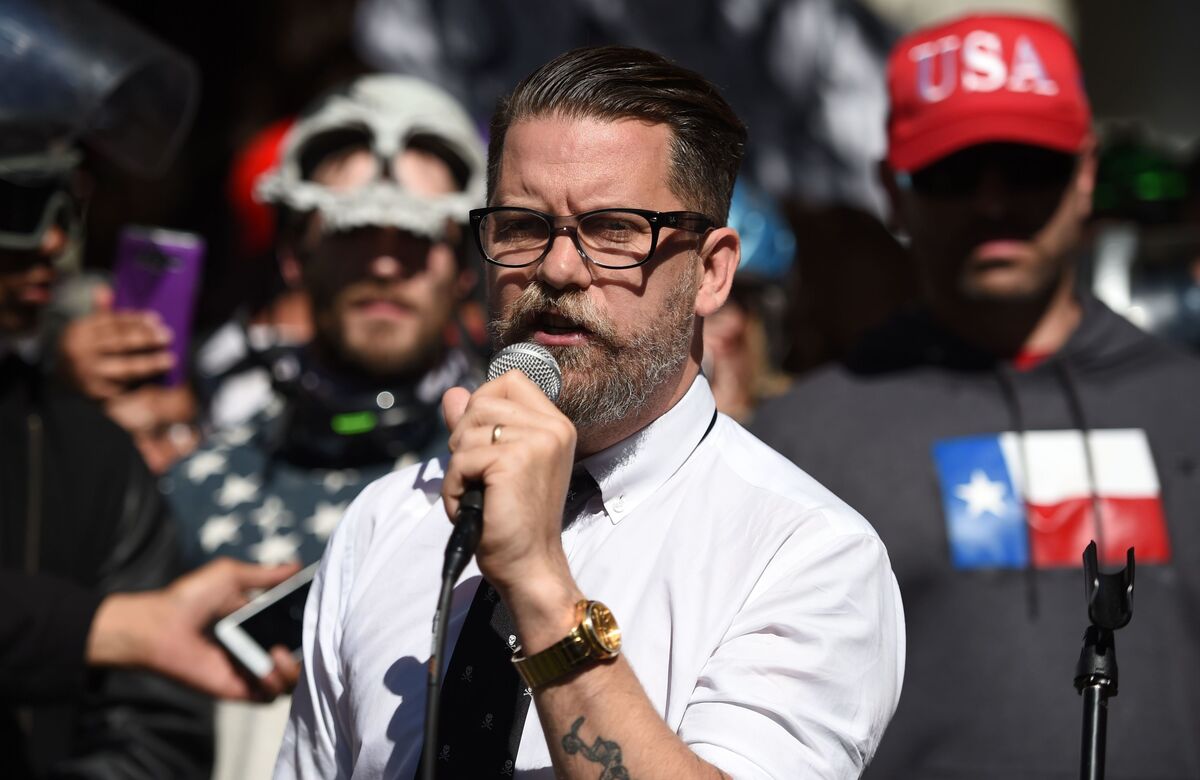 Conservative speaker and Vice Media co-founder Gavin McInnes reads a speech written by conservative commentator Ann Coulter to a crowd during a rally in Berkeley, Calif., in 2017.

Gavin McInnes, the founder of the far-right, all-male group Proud Boys, has filed a defamation lawsuit against the Southern Poverty Law Center.

SPLC has labeled the Proud Boys a hate group and has published a series of articles with examples of racist, misogynistic and transphobic quotes.

McInnes is perhaps best known as a co-founder of Vice Media, a position he left in 2008. He founded the Proud Boys group in 2016, describing it as a "men's club that meets about once a month to drink beer."

The SPLC has said the reality is more complicated. "McInnes plays a duplicitous rhetorical game: rejecting white nationalism and, in particular, the term 'alt-right' while espousing some of its central tenets," the center states.

Additionally, it states, "rank-and-file Proud Boys and leaders regularly spout white nationalist memes and maintain affiliations with known extremists. They are known for anti-Muslim and misogynistic rhetoric. Proud Boys have appeared alongside other hate groups at extremist gatherings like the 'Unite the Right' rally in Charlottesville."

Proud Boys describes itself as a "pro-Western fraternal organization for men who refuse to apologize for creating the modern world." The lawsuit states McInnes is against "discrimination based on race, religion or sexual preference, and of ideologies and movements espousing extremism, nationalism and white supremacy."

According to McInnes' complaint, he cut ties with the Proud Boys last November, partly because he felt pressure due to the SPLC's designation of it as a hate group.

The lawsuit claims that the SPLC is motivated by fundraising interests and that it seeks to cut off access between those it names as hate groups and their platforms and funding.

The SPLC, McInnes stated, has "gone from defending people to destroying people."

"By leveraging its remarkable power and influence to deplatform and defund targeted groups and individuals such as Mr. McInnes, SPLC deprives those with which it disagrees of venues in which their points of view may be expressed, of income and ultimately of their most priceless possession, their reputations," the lawsuit states.

It claims that the SPLC's statements contributed to Twitter, PayPal, Mailchimp, and iTunes banning the group and/or McInnes.

"To paraphrase [Franklin D. Roosevelt], judge us by the enemies we've made. Gavin McInnes has a history of making inflammatory statements about Muslims, women, and the transgender community," Cohen said in a statement to NPR. "The fact that he's upset with SPLC tells us that we're doing our job exposing hate and extremism."

The SPLC, which is headquartered in Alabama, was founded in 1971 to advocate for the advances of the civil rights movement. It maintains a hate group list of organizations that it says "vilify others because of their race, religion, ethnicity, sexual orientation or gender identity."