Accessibility links
Trump's Trips To Mar-a-Lago Cost Taxpayers $3.4 Million Each The GAO looked into four trips early on in the Trump presidency, estimating they cost $13.6 million. The watchdog agency says the Secret Service needs to do a better job of reporting the costs. 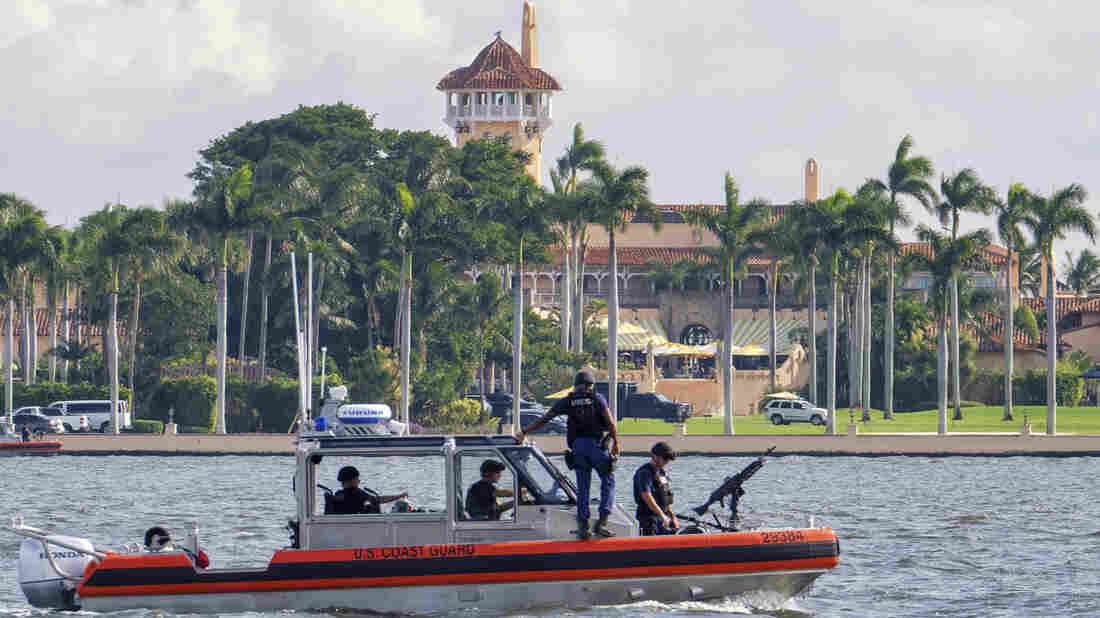 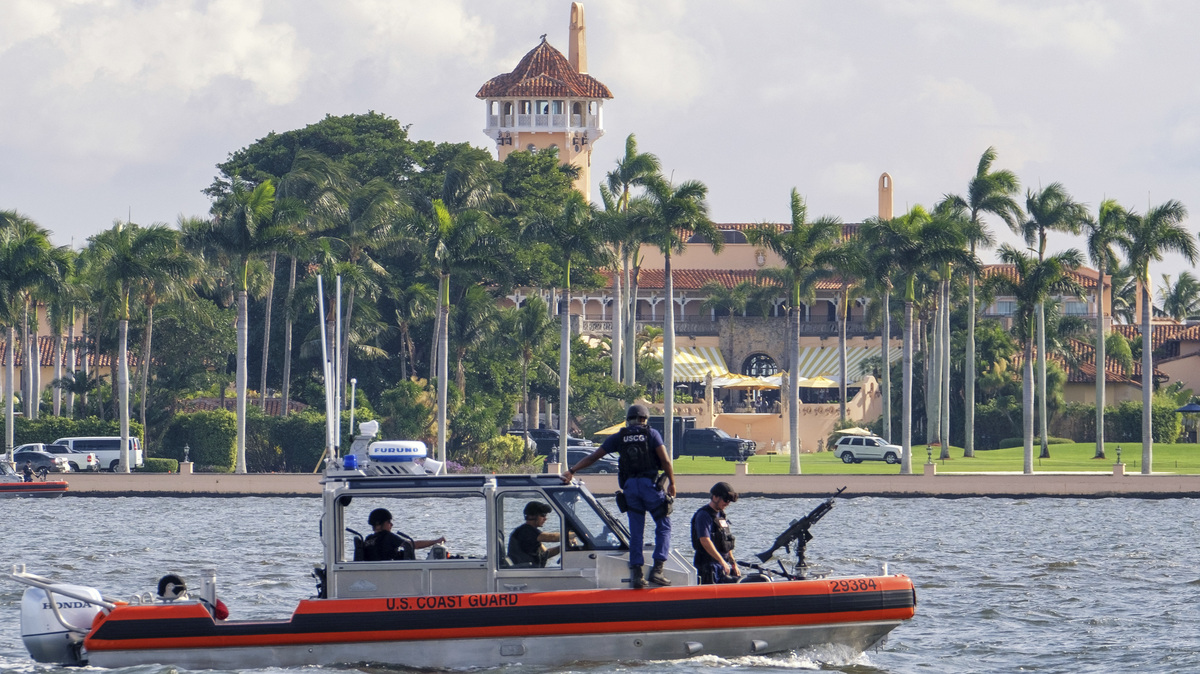 A Coast Guard patrol boat in the waters off Mar-A-Lago.

President Trump's travels to his private club Mar-a-Lago in Palm Beach, Fla., give the chief executive a chance to unwind, hang out with friends and play golf. But that presidential rest and recreation comes with a cost.

A new report from the Government Accountability Office says four such trips early on in Trump's presidency cost taxpayers $13.6 million, or some $3.4 million each. That is far higher than the estimates of Trump's travel costs early in his presidency, which were pegged at about $1 million per trip.

The congressional watchdog's report is the first official accounting of Trump's travel costs. The report also found that the Secret Service spent nearly $400,000 protecting Trump's sons Donald Jr. and Eric on trips they took in January and February 2017. The costs of Trump's visits to Florida were calculated based on trips in February and March of that year.

Trump's frequent visits to Mar-a-Lago, other Trump-branded golf courses and his hotel in Washington, D.C., have been criticized as serving as taxpayer-funded advertising for his business interests.

The GAO report was requested by congressional Democrats.

It also found that $60,000 was paid to Mar-a-Lago in expenses for the four trips, most of that for rooms at the resort for Secret Service agents. The report noted, however, that most agents did not stay at Mar-a-Lago.

The GAO found that in addition to the Secret Service, the Defense Department and the Coast Guard incurred costs related to the president's travel.

Presidential travel costs are a frequent political target. President Obama came under criticism from some conservatives and by Trump for flights he took to his home state of Hawaii as well as to vacation spots such as Martha's Vineyard.

According to the Washington Post, Trump has taken some 19 trips to Mar-a-Lago during his presidency so far. If the average cost of $3.4 million for the first four trips is extrapolated, that means the president's vacations have cost taxpayers at least $64.6 million. And that doesn't count travel to his club in Bedminster, N.J., where Trump goes in the summer.