Accessibility links
Pope Francis Acknowledges, For First Time, Sexual Abuse Of Nuns By Priests In the wake of the #MeToo movement, the Roman Catholic Church is being forced to confront evidence that clergy have sexually abused nuns. 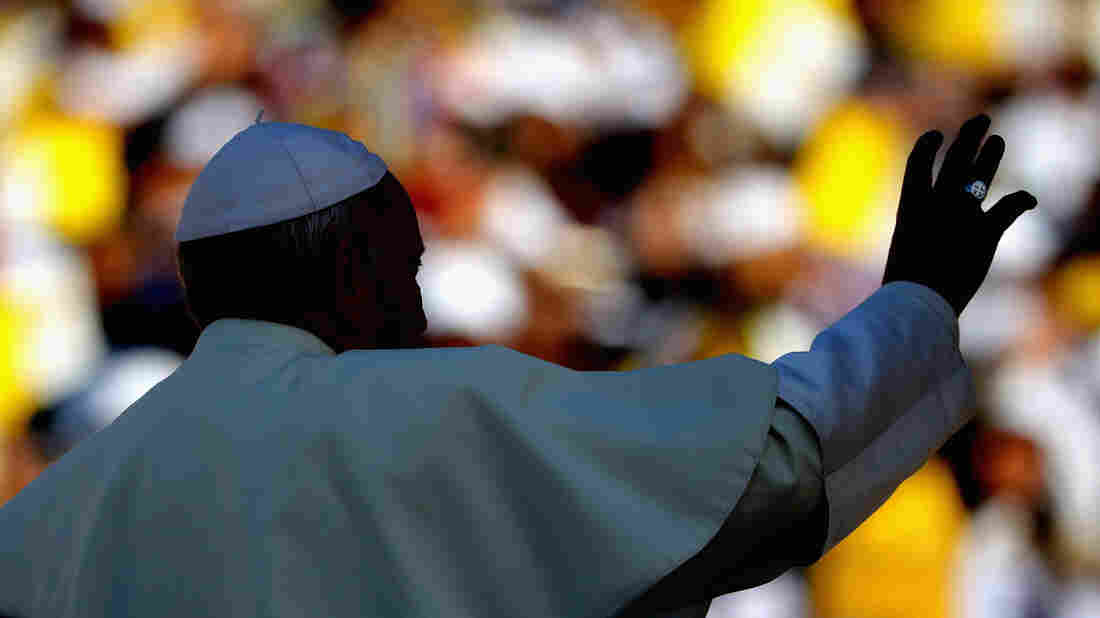 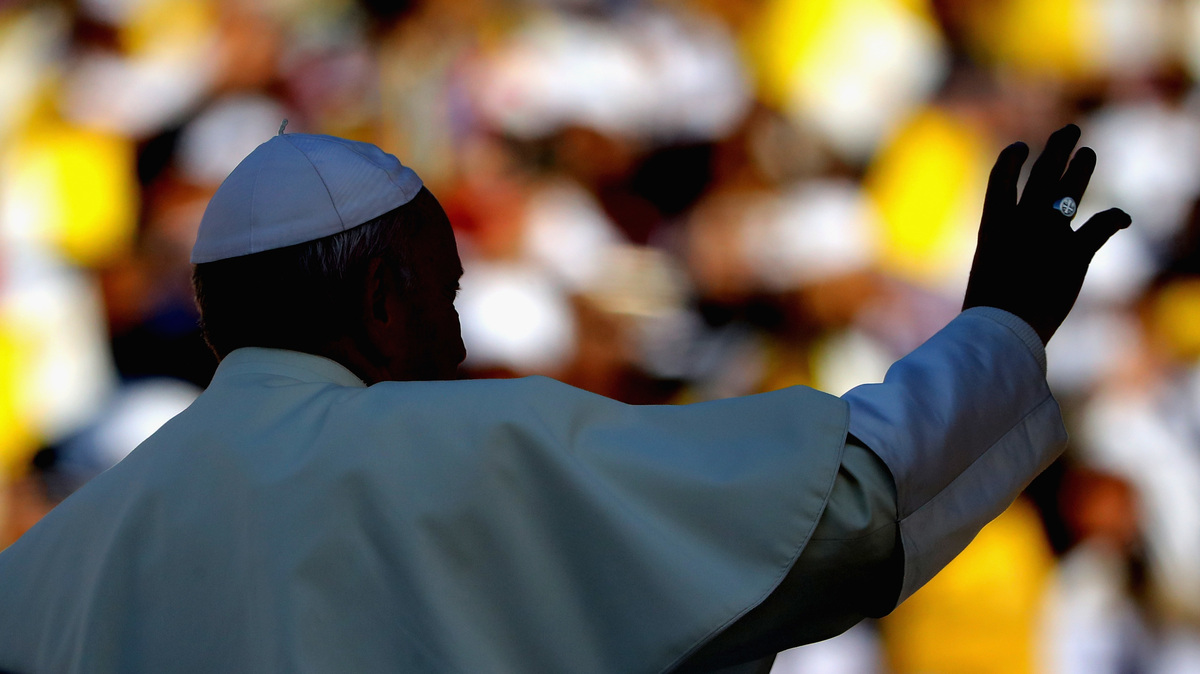 Pope Francis, for the first time, acknowledged the sexual abuse of nuns by priests and bishops, including a case in which some clergy used women as sex slaves. He said on Tuesday that he is committed to ending the problem in the Roman Catholic Church.

His comments came in response to a reporter's question on his flight returning to Rome from Abu Dhabi, United Arab Emirates. The reporter asked the pope about a Vatican magazine article published last week detailing reports of sexual abuse by clerics resulting in nuns having abortions or giving birth to children fathered by priests.

"It is true ... there have been priests and even bishops who have done this," said Francis as quoted by Reuters. "I think it is still going on because something does not stop just because you have become aware of it," he added.

After years of revelations of sexual predation by priests upon children and the growing public attention paid to the #MeToo movement, Francis and the church are being forced to address persistent reports of abuse of members of its own hierarchy: the nuns who serve the church in a secondary capacity to men.

Last year The Associated Press published results of an extensive investigation of cases of sexual abuse of nuns by clergy on four continents: Europe, Africa, Asia and South America. The abuse was reported as "global and pervasive," and it continued, in part, because nuns feared retaliation for reporting it.

"The Vatican declined to comment on what measures, if any, it has taken to assess the scope of the problem globally, what it has done to punish offenders and care for the victims. A Vatican official said it is up to local church leaders to sanction priests who sexually abuse sisters, but that often such crimes go unpunished both in civil and canonical courts."

Francis himself referred to the case of his predecessor, Benedict XVI, who, in 2005, dissolved a religious order of nuns "because a certain slavery of women had crept in, slavery to the point of sexual slavery on the part of clergy or the founder."

The pope did not name the order.

"A Vatican spokesman, Alessandro Gisotti, said later that Francis was referring to the Contemplative Sisters of Saint-Jean, a small group in France that confronted a variety of problems," The New York Times reported.

The Vatican magazine article said priests in Africa turned to nuns for sex in the face of the AIDS crisis because they were considered safe. Nuns in Chile and India also reported sexual abuse by priests.

"If the church continues to close its eyes to the scandal — made even worse by the fact that abuse of women brings about procreation and is therefore at the origin of forced abortions and children who aren't recognized by priests — the condition of oppression of women in the church will never change."