Accessibility links
Russian Court Sentences Jehovah's Witness To 6 Years In Prison For Extremism Dennis Christensen was arrested during prayer. "I hope today is the day Russia defends religious freedom," he said before the verdict. Critics call it a severe crackdown on religious freedom. 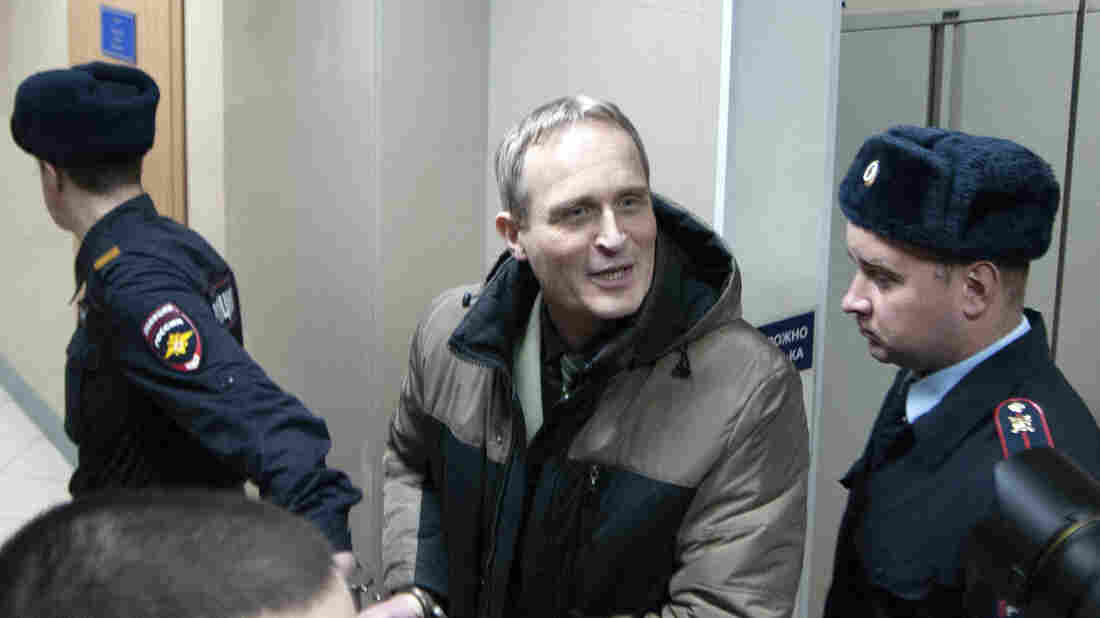 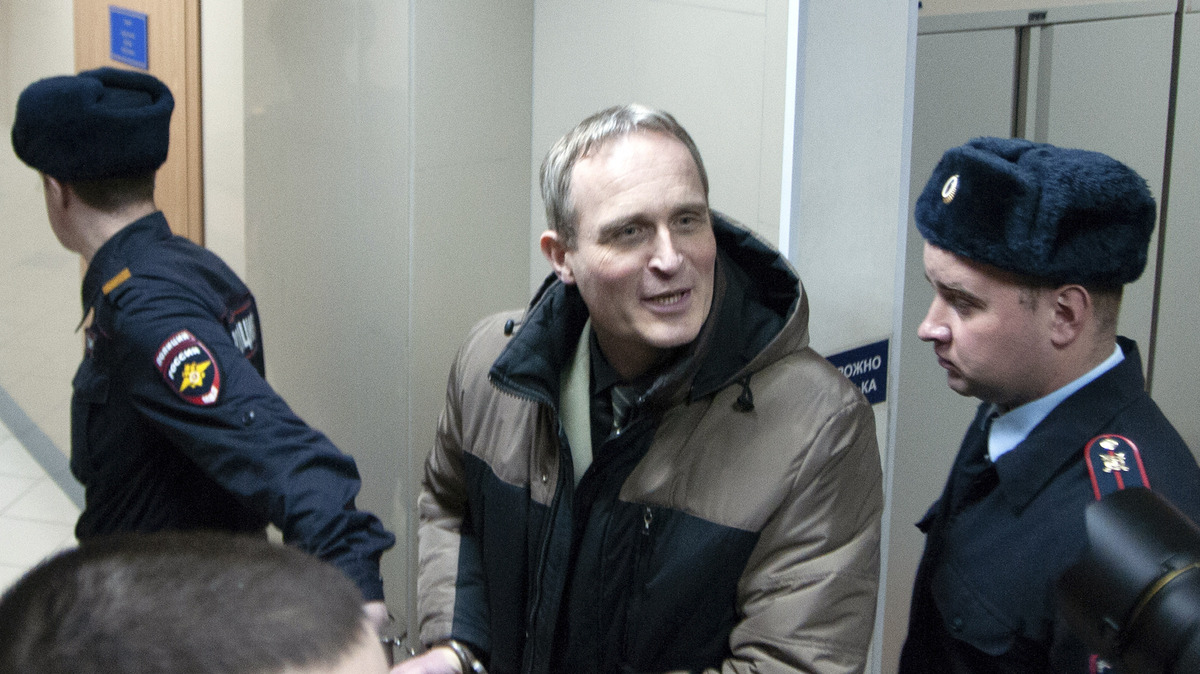 Dennis Christensen, a Danish Jehovah's Witness, is escorted from a court room in Orel, Russia, on Wednesday.

A Russian court has sentenced a Jehovah's Witness to six years in prison for promoting extremism.

"I hope today is the day Russia defends religious freedom," Dennis Christensen, who pleaded not guilty in the trial, said as he walked down the hall of the courthouse before the verdict was read.

A Danish citizen with a Russian residency permit, Christensen was arrested at a worship service in May 2017 by armed police in the western city of Orel. He had unlocked the entrance to the building and delivered a sermon that day but he was not a staff member of the organization, according Human Rights Watch.

A local court had banned his chapter of the Jehovah's Witnesses organization the previous year. A month before his arrest, the Supreme Court banned the Christian denomination as an extremist group, classifying it on par with the Islamic State. That ruling dealt a blow to the nearly 400 chapters of Jehovah's Witnesses across the country.

Russia Says It Will Build New Missile Systems Within 2 Years

Christensen spent 20 months in pretrial custody. In court, a "secret witness" accused him of being a leader in the city's Jehovah's Witness chapter. Prosecutors presented transcripts from intercepted phone calls with other worshipers, including conversations about shoveling snow at their place of worship.

Christensen maintained that he was practicing his religion, which is protected by Russia's constitution.

In his last words before the deliberation began, he thanked his wife and friends for their support. Then he told prosecutors, "I do not agree with you in this matter at all, neither in your accusations, nor in your unfounded conclusions." He called it "absolutely silly and insane."

His wife, Irina Christensen, told reporters, "The same thing could happen to any of us."

Russian authorities have targeted more than 100 Jehovah's Witnesses with charges of extremism since the Supreme Court ban — conducting hundreds of raids, interrogations and acts of harassment, according to Human Rights Watch. There are 22 Jehovah's Witnesses in detention, waiting for trials on extremism charges, and another 25 under house arrest, the organization says.

The religion was founded in Pennsylvania in the 1800s. An estimated 175,000 adherents live in Russia, and they say they refrain from participation in political activities, pay taxes and obey the law.

Under a gospel of "traditional values," Russian President Vladimir Putin has forged close relations with the Russian Orthodox Church, which sees Jehovah's Witnesses as a heretical sect.

In December, Putin vowed to look into the persecution of Jehovah's Witnesses, saying the labeling of religious communities as terrorist organizations was "complete nonsense."

Responding to Christensen's case, Kremlin spokesman Dmitry Peskov said there was clearly reason for his arrest but he was unaware specifics, according to Reuters.

His sentencing spurred condemnation from the international community at a time when Russia has been criticized for its crackdown on dissent.

Danish Foreign Minister Anders Samuelsen said he was "deeply concerned" by the outcome of the case. He called on Russia to respect freedom of religion, and said the ministry would assist Christensen if he chose to appeal.

Christensen has also filed a complaint with the European Court of Human Rights for unlawful interference with his right to freedom of religion, according to Human Rights Watch.

"It's shocking that in post-Soviet Russia authorities are putting people through the ordeal of a criminal investigation and prison for nothing more than peacefully practicing their faith," said Rachel Denber, the organization's deputy Europe and Central Asia director.

"An innocent man who did not commit any real crime was convicted," said Yaroslav Sivulsky, a representative of the European Association of Jehovah's Witnesses. "It is sad that reading the Bible, preaching, and living a moral way of life is again a criminal offense in Russia."