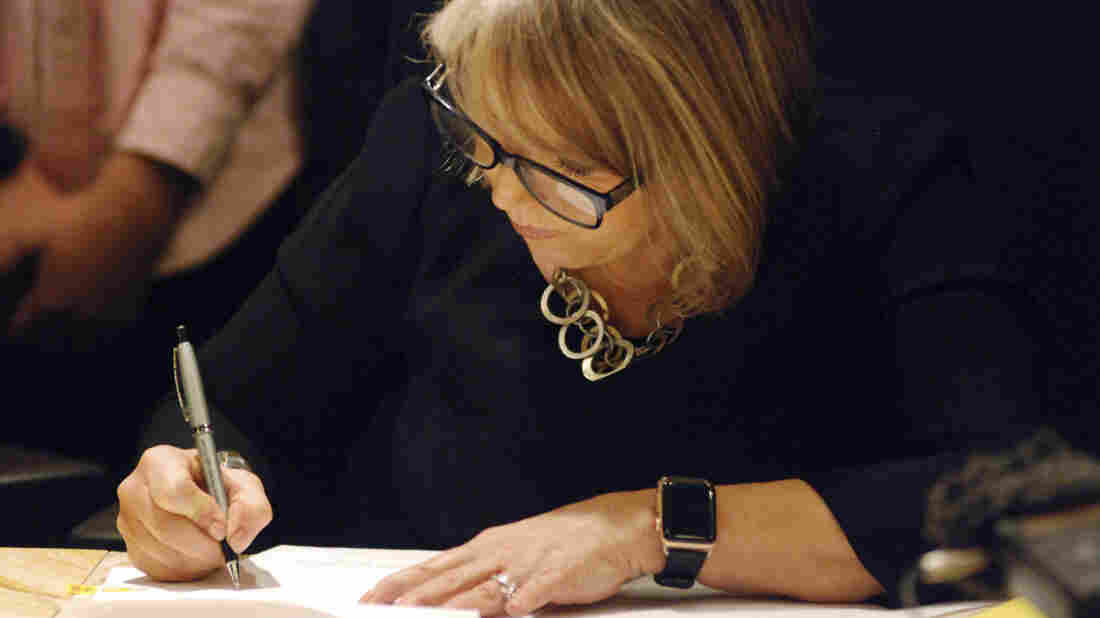 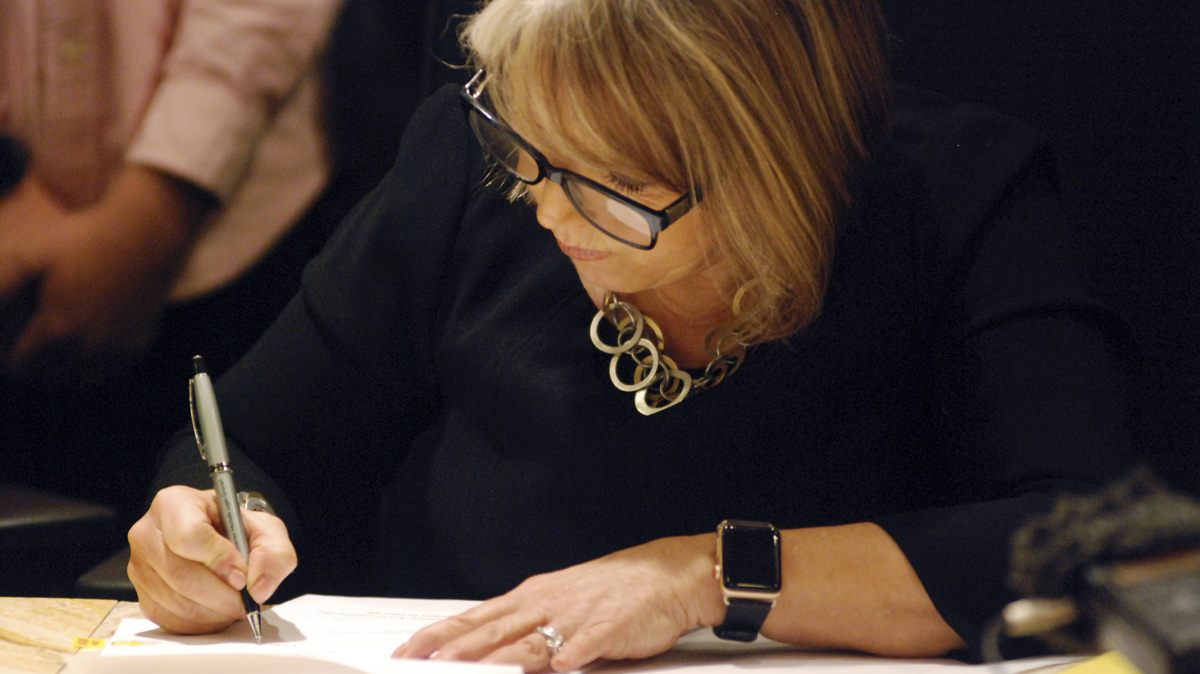 New Mexico Gov. Michelle Lujan Grisham said on Tuesday that President Trump's "border fear-mongering" had misused National Guard troops in her state. The governor is seen here in a photo from Monday.

New Mexico Gov. Michelle Lujan Grisham has ordered the majority of National Guard troops deployed at her state's Southern border to withdraw, condemning what she called a "charade of border fear-mongering" by President Trump, who has warned of an immigration emergency in the region.

"I reject the federal contention that there exists an overwhelming national security crisis at the Southern border," Lujan Grisham said, adding that the area has "some of the safest communities in the country."

The governor's order covers most of New Mexico's deployed troops, along with Guard members who have traveled from Arkansas, Kansas, Kentucky, New Hampshire, South Carolina and Wisconsin. In all, 118 National Guard troops have been deployed in New Mexico, the governor's office said.

Lujan Grisham ordered the withdrawal just before Trump delivered his State of the Union address, in which he railed against illegal immigration and labeled a group of mainly Central American migrants as "illegal immigrants" — despite the fact that most of them are traveling with legal humanitarian visas.

There had been speculation that Trump might use the State of the Union to declare a national emergency at the border, as a legal basis for going ahead with building his long-promised wall. The president did not mention that possibility during Tuesday night's speech.

Lujan Grisham rejected the idea that a national emergency exists along her state's border with Mexico. But she also said some troops will remain in southwestern New Mexico, saying they're needed to fulfill a humanitarian mission in Hidalgo County and neighboring counties.

Those counties "have seen large groups of families, women and children crossing over the border in the remote Antelope Wells area in recent months," the governor's office said.

The Antelope Wells port of entry is where 7-year-old Jakelin Caal Maquin, a migrant from Guatemala, went through an initial screening before dying of dehydration and shock in December. She was one of two migrant children who died in separate incidents in New Mexico that month, after being taken into custody by U.S. Customs and Border Protection. In the other case, Felipe Gomez Alonso, 8, died after being diagnosed with a cold and a fever.

Hidalgo County and its neighbors are asking for help "as migrants and asylum-seekers continue to appear at their doorstep," Lujan Grisham said Tuesday.

The state's National Guard will now decide whether a larger presence is needed to support those counties. In addition, the state police will send six officers to bolster operations in Hidalgo County — a move that the governor's office says was requested by the county manager.

New Mexico sent National Guard troops to the border last April in an order from then-Gov. Susana Martinez that followed a White House proclamation. At least five states, including two led by Republicans, rejected the president's call to send troops, with Maryland's Gov. Larry Hogan saying his state wanted nothing to do with the Trump administration policy of separating families at the border.

Trump began ordering Marines and other active-duty personnel to the border last fall. Earlier this week, he ordered an additional 3,750 troops to the Southern border, warning of "Caravans marching through Mexico and toward our Country."

The active-duty service members are being sent to the area to perform duties such as hanging barbed wire and giving logistical support to Customs and Border Protection agents.

In addition to Lujan Grisham, other leaders along the border have said their communities are safe — and that there is no security emergency involving migrants. In its fact check of Trump's State of the Union speech, NPR's John Burnett and Carrie Kahn relayed these assessments:

"As for the 'state of our Southern border,' mayors along the Southwest border consistently say that their communities are among the safest in the nation. McAllen, Texas, Mayor Jim Darling asserted that his city is the third safest in Texas, according to FBI crime statistics, and seventh safest in the nation. 'Send social workers to process the asylum-seekers, not soldiers,' Darling said in a recent call with reporters. Eddie Trevino, Cameron County judge in Brownsville, added, 'It is a misconception that the border is insecure. There is no Central American invasion. This is a manufactured crisis.' "