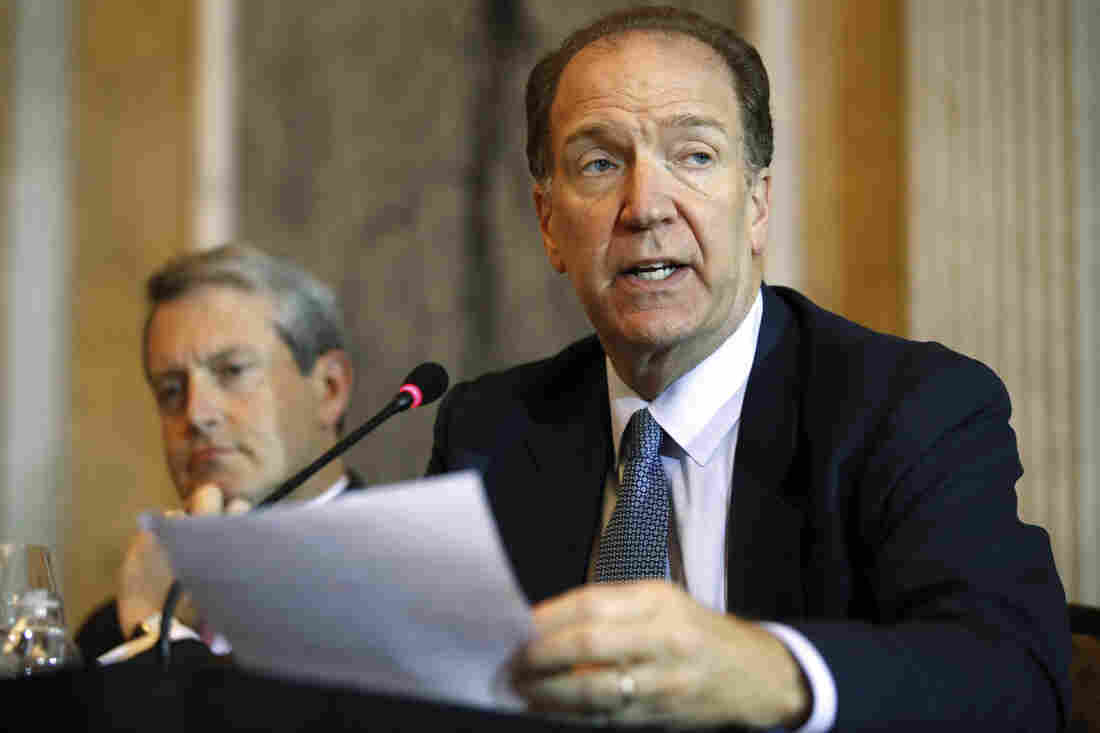 David Malpass, a conservative with longstanding ties to President Trump, has been nominated to run the World Bank, which he has criticized. Jacquelyn Martin/AP hide caption 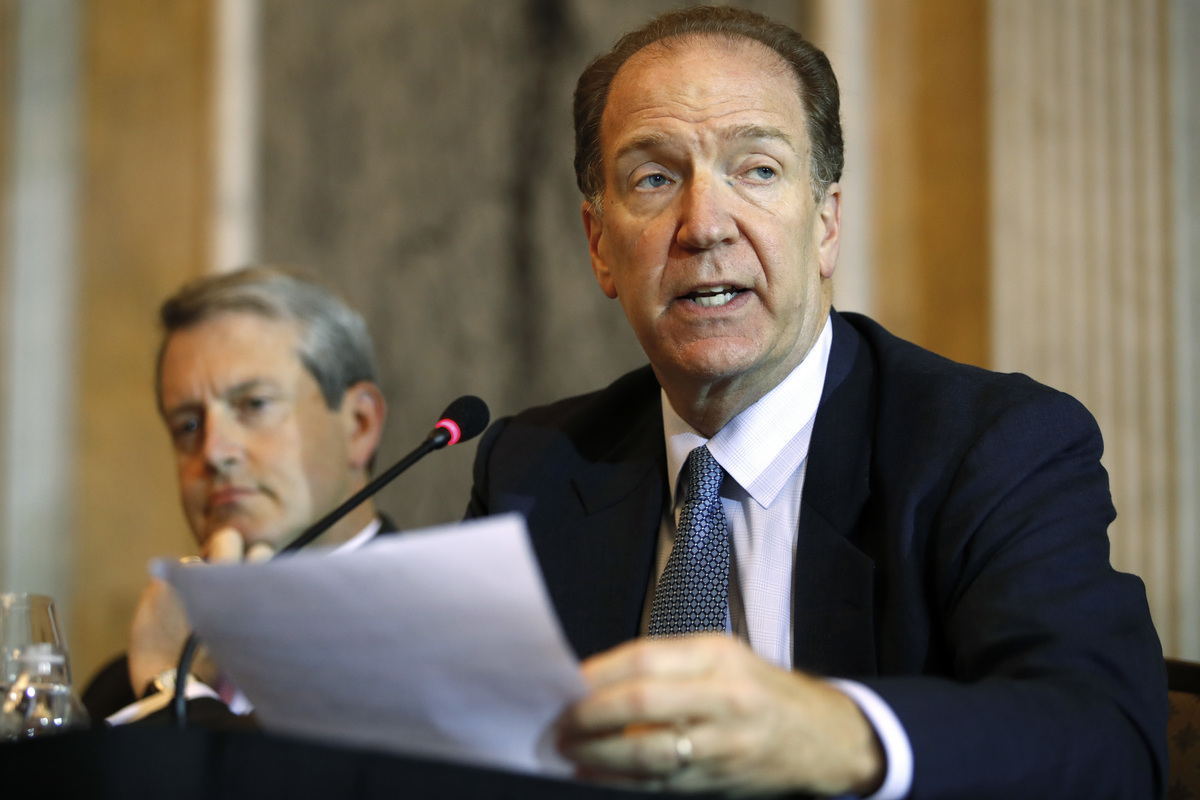 David Malpass, a conservative with longstanding ties to President Trump, has been nominated to run the World Bank, which he has criticized.

Malpass, 62, is a conservative with longstanding ties to Trump. He once worked as chief economist at investment bank Bear Stearns, which collapsed in 2008 in the midst of the financial crisis. He also served in the Ronald Reagan and George H.W. Bush administrations. At Treasury, Malpass is currently involved in tense trade negotiations with China.

If approved by the countries that control the World Bank's governing board, which is considered likely, Malpass would replace Jim Yong Kim, who announced his resignation in January and stepped down before his term ended. Treasury Secretary Steven Mnuchin and the president's daughter, Ivanka Trump, led the search for Kim's successor and recommended Malpass.

The Washington-based World Bank, which is controlled by the world's richest countries, lends money to emerging economies for infrastructure and development. Malpass has frequently complained about corruption and mismanagement at the agency.

"The World Bank's biggest borrower is China. Well, China has plenty of resources, and it doesn't make sense to have money borrowed in the U.S., using the U.S. government guarantee, going into lending in China for a country that's gotten other resources and access to capital markets," he told the Council on Foreign Relations in November 2017.

A senior administration official today said that other World Bank shareholders also support winding down lending to China because it has "substantial resources of its own."

Flush With Cash, China Continues to Borrow Billions From The World Bank

At Treasury, Malpass has pushed for reforms in how the World Bank operates. In December, he told a Senate committee that the institution had committed to making "meaningful reforms."

The naming of Malpass already is generating outrage among some political critics and members of the international development community.

"David Malpass is a Trump loyalist who has committed economic malpractice on a wide range of topics," said Justin Sandefur, senior fellow at the Center for Global Development. "There is no case for Malpass on merit."

"David Malpass would be a disastrous, toxic choice for World Bank president," tweeted Tony Fratto, who served in the Treasury Department under President George W. Bush.

But it's not clear whether the controversy is enough to derail the appointment of Malpass.

While the World Bank board must approve the president, it traditionally defers to the U.S. over the appointment. One World Bank official who asked not to be named said it wasn't certain whether member countries have the stomach to oppose the Trump administration on the issue.

Though President Trump often has expressed skepticism and even disdain for international institutions, the administration surprised many by supporting a funding increase for the World Bank last year. A senior administration official said Malpass worked with Mnuchin to back the funding increase, tying it to "significant reforms that will deliver much needed help to developing countries."