Accessibility links
2018 Was Earth's Fourth-Hottest Year On Record, Scientists Say The last five years are also the five hottest years on record for average global temperature, according to scientists from NASA and the National Oceanic and Atmospheric Administration. 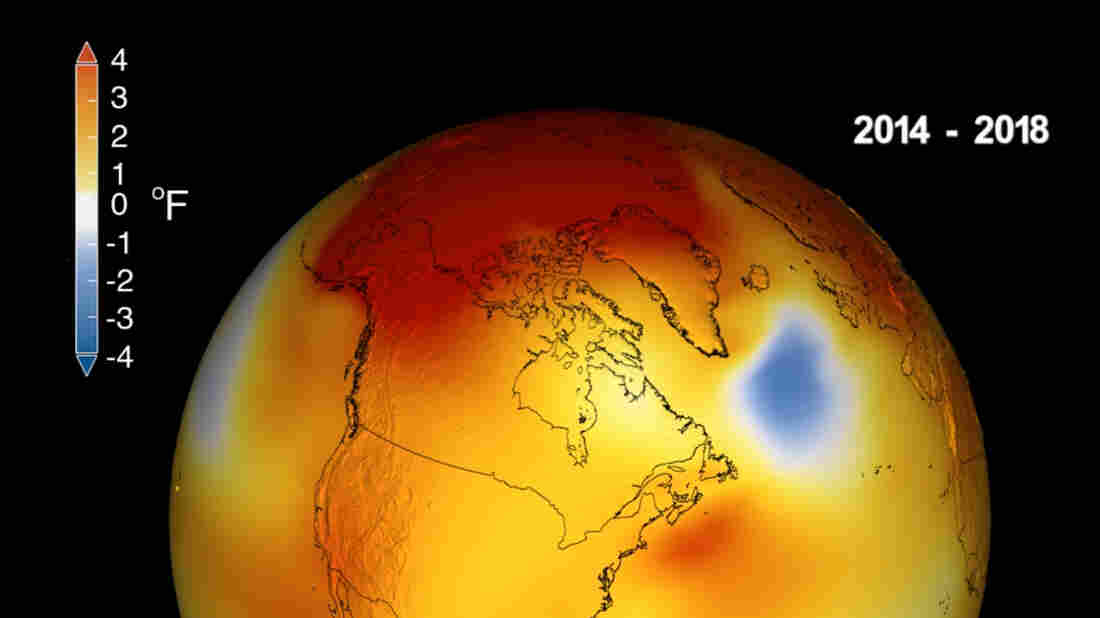 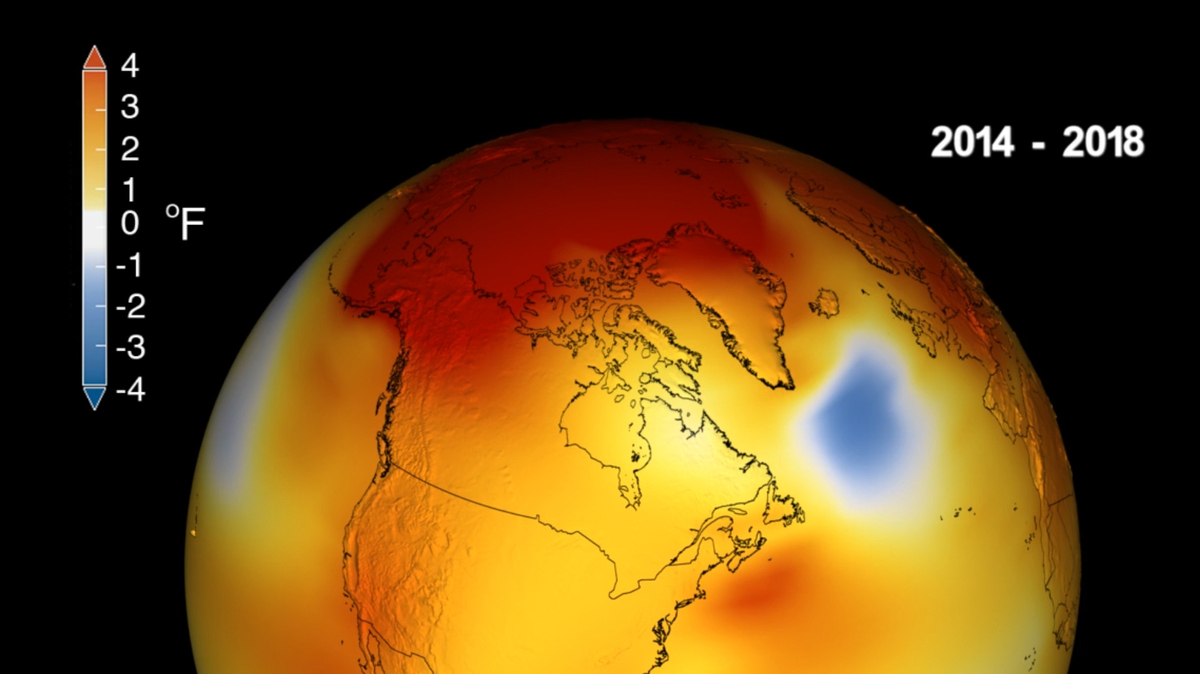 Earth's long-term warming, compared against a base line average from 1951 to 1980, can be seen in this visualization of NASA's global temperature record.

Once again, the world was unusually hot in 2018. In fact, on average it was the fourth-hottest year around the planet since modern record-keeping began in 1880.

If a warming planet were an Olympic sport, fourth wouldn't make the podium. But consider the context: The hottest five years on record are, in fact, the last five years. The year 2016, which was 1.69 degrees Fahrenheit warmer than the 20th-century average, holds the top spot, with 2018 at 1.42 degrees F warmer.

Gavin Schmidt, a climate scientist at NASA, says the message is clear: "The planet is warming. The long-term trends are extremely robust. There's no question." And the cause is clear too, he adds: "It's because of the increases in the greenhouse gases that we put into the atmosphere over the last 100 years."

The climate report is an annual summary of research compiled by scientists from NASA and the National Oceanic and Atmospheric Administration (NOAA). The data are derived from both land-based and satellite monitoring, which Schmidt says is more accurate than ever.

Americans escaped the worst of it last year though; while the rest of the planet cooked, the U.S. experienced only its 14th-warmest year. We can thank the Midwest for that; it was cooler than average, while other regions were warmer.

But the U.S. did get soaked in 2018, says Deke Arndt, a climate scientist with NOAA.

Arndt says 2018 "was an exclamation point, I think, on a trend that we're seeing toward more big rain, particularly in the eastern United States."

In fact, 2018 was the wettest year in the last 35 years. Climate scientists say that the higher rainfall is largely due to warming oceans, which cause more evaporation that in turn leads to more rain.

Indeed, the U.S. now has a new record for a single 24-hour downpour: On the Hawaiian island of Kauai from April 14 to 15, it rained 49.69 inches — about six inches higher than the previous record, set in Texas in 1979.

It was also an expensive year for natural disasters. The government's climate assessment lists all the natural disasters that incurred at least $1 billion in losses. Last year was well above average, with 14 catastrophes in the U.S. that reached or surpassed the billion-dollar mark. These included two Atlantic hurricanes, Michael and Florence, several heavy rain events and unprecedented fires in the West.

As for this year, January looked to have turned things around as the polar vortex swept down from the Arctic and encased the Midwest and parts of the Northeast in ice, snow and subfreezing temperatures. But it was short-lived, and the rest of the country has been unusually warm, which has kept the national average well above normal for January.