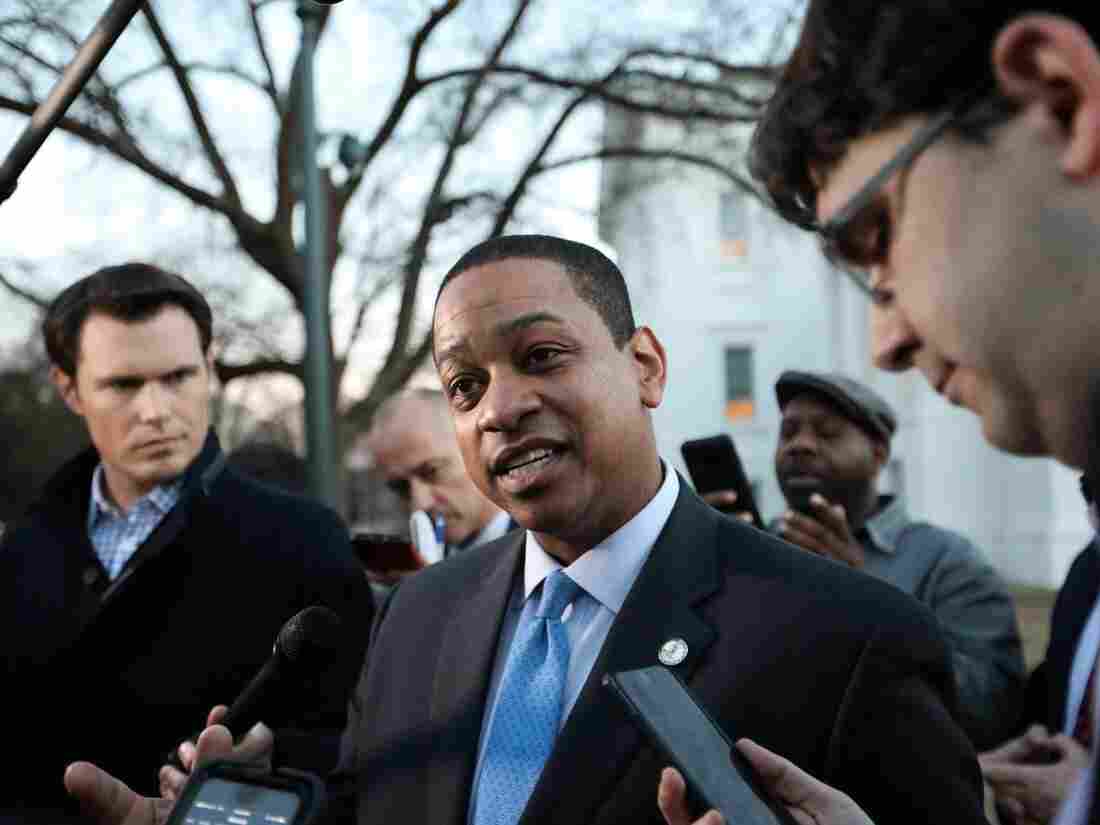 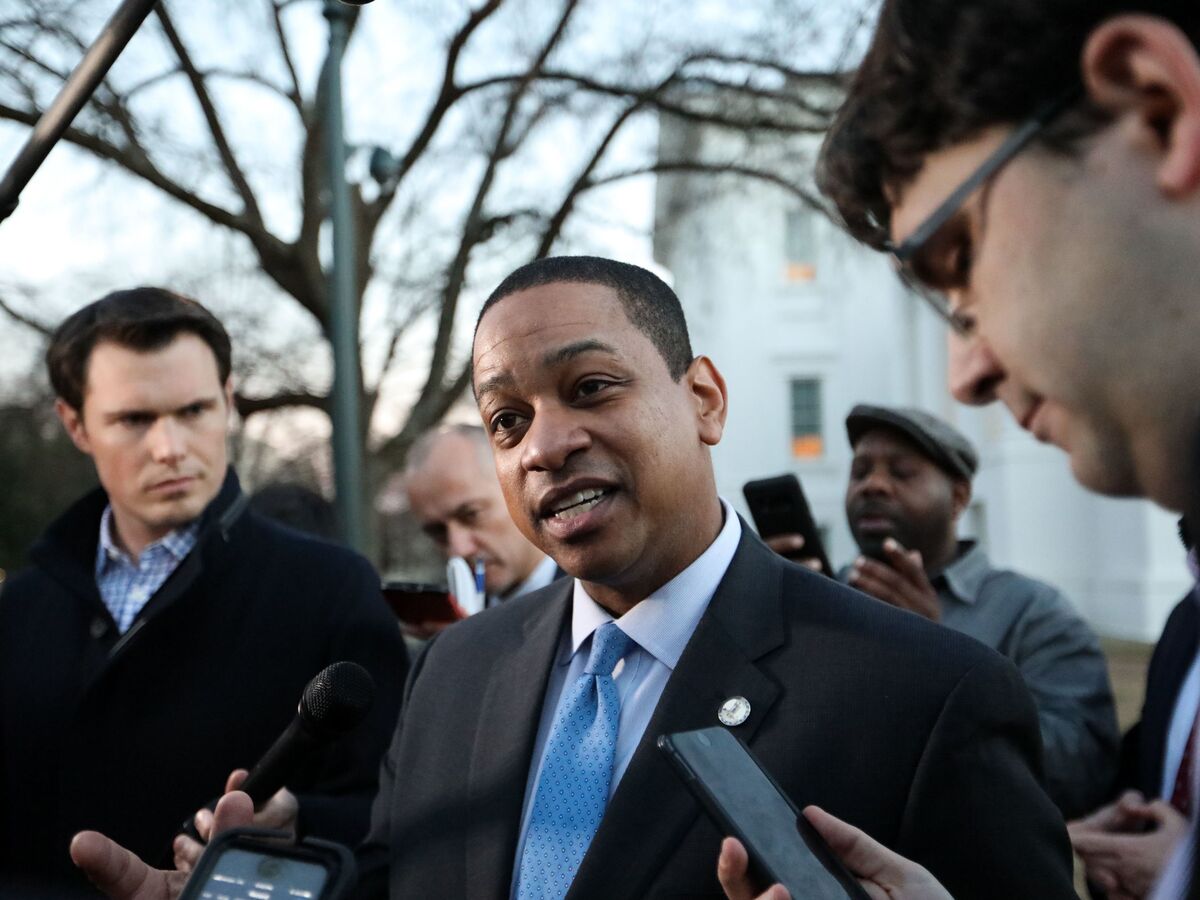 Virginia Lt. Gov. Justin Fairfax speaks to the media Monday in Richmond, Va., about the sexual assault allegation from 2004.

The woman who accused Virginia Lt. Gov. Justin Fairfax of sexual assault has gone public with her story by releasing a statement describing the 2004 encounter when both were attending the Democratic National Convention in Boston.

Vanessa Tyson said she recently wrote in a private message on Facebook that she was assaulted by someone at the convention, but she did not name Fairfax. The conservative website Big League Politics published the message earlier this week, naming Fairfax as the alleged assailant.

Tyson, an associate professor of politics at Scripps College in Claremont, Calif., and currently a fellow at Stanford University, said she decided to come forward after Fairfax issued a statement and spoke with reporters to deny the allegations. He says the encounter was consensual.

"With tremendous anguish, I am now sharing this information about my experience and setting the record straight," Tyson said in her statement. "Given his false assertions, I'm compelled to make clear what happened."

Virginia politics has been roiled by a number of revelations in recent days.

Another, separate scandal has engulfed Gov. Ralph Northam's administration since a racist photo from his 1984 medical school yearbook surfaced. On his page in the yearbook, two individuals pose for the camera, one dressed in blackface and another in a Ku Klux Klan robe and hood.

Northam initially acknowledged he was in the photo and apologized. Then, a day later, he denied being in the photo but acknowledged that he had appeared in blackface around the same time as part of a dance competition.

If Northam should resign, as many local and national politicians on both sides of the aisle have called on him to do, Fairfax would assume the governorship in his stead — though Northam has retained a crisis communications firm, IR+Media, a move that suggests he has no intention of backing down.

If both men do resign, however, Attorney General Mark Herring would take office, according to the Virginia Constitution. On Wednesday, Herring became embroiled in his own controversy when he acknowledged that he, too, had worn "brown makeup" during a college party in 1980.

On Wednesday, Fairfax released another statement, saying Tyson's allegation was "surprising and hurtful." Fairfax also said he wanted to emphasize "how important it is for us to listen to women when they come forward with allegations of sexual assault or harassment."

According to Tyson's statement, she and Fairfax had struck up a "cordial, but not flirtatious" relationship by the third day of the convention in 2004. On July 28, Tyson said, Fairfax invited her to his hotel room to "retrieve documents" — and upon their arrival, began to kiss her.

"What began as consensual kissing quickly turned into a sexual assault," Tyson alleges in a statement released on her attorneys' letterhead. She says he forced her to perform oral sex on him despite her struggles against doing so.

"I cannot believe, given my obvious distress, that Mr. Fairfax thought this forced sexual act was consensual," Tyson added. "To be very clear, I did not want to engage in oral sex with Mr. Fairfax and I never gave any form of consent. Quite the opposite. I consciously avoided Mr. Fairfax for the remainder of the Convention and I never spoke to him again."

Statement of Dr. Vanessa Tyson, who has accused Lt. Gov. Justin Fairfax of sexual assault in 2004:

“What began as consensual kissing quickly turned into a sexual assault.” pic.twitter.com/UI9Gz11DWj

Tyson's account contradicts the one offered by Fairfax, who has strongly rejected the allegation since it first surfaced publicly Sunday. Fairfax pointed out that The Washington Post, though it was previously aware of the allegation, decided not to publish it last year.

"Tellingly," he said in his statement, "not one other reputable media outlet has seen fit to air this false claim. Only now, at a time of intense media attention surrounding Virginia politics, has this false claim been raised again."

Tyson, for her part, says allegations about incidents that happened "behind closed doors years earlier" are often difficult to corroborate. The Post has reported that it decided not to publish the story because it could not corroborate either party's description of the events.

Tyson says she had been undecided about whether to come forward but that her hand had been forced by the story published by the Big League Politics blog.

Since releasing her detailed account Wednesday, Tyson has gained some prominent backers.

In a letter shared with NPR, at least 30 of the fellows in Tyson's program at Stanford signed a statement backing her as "a thoughtful scholar of integrity and compassion." Rep. Jennifer Wexton, D-Va., who won her national office in the 2018 election, tweeted that she believes Tyson's account.

Fairfax has retained the law firm of Wilkinson Walsh Eskovitz — the same firm that represented Kavanaugh during his Senate confirmation hearings, the firm confirmed on Wednesday.

Sarah McCammon and WCVE's Ben Paviour contributed to this report.