Accessibility links
Review: The Animated-Short Oscar Noms Are A Sad Bunch, Literally Four of the five animated-short nominees this year are weepy tales of parent-child relationships; critic Andrew Lapin reviews them all, and picks his favorite. 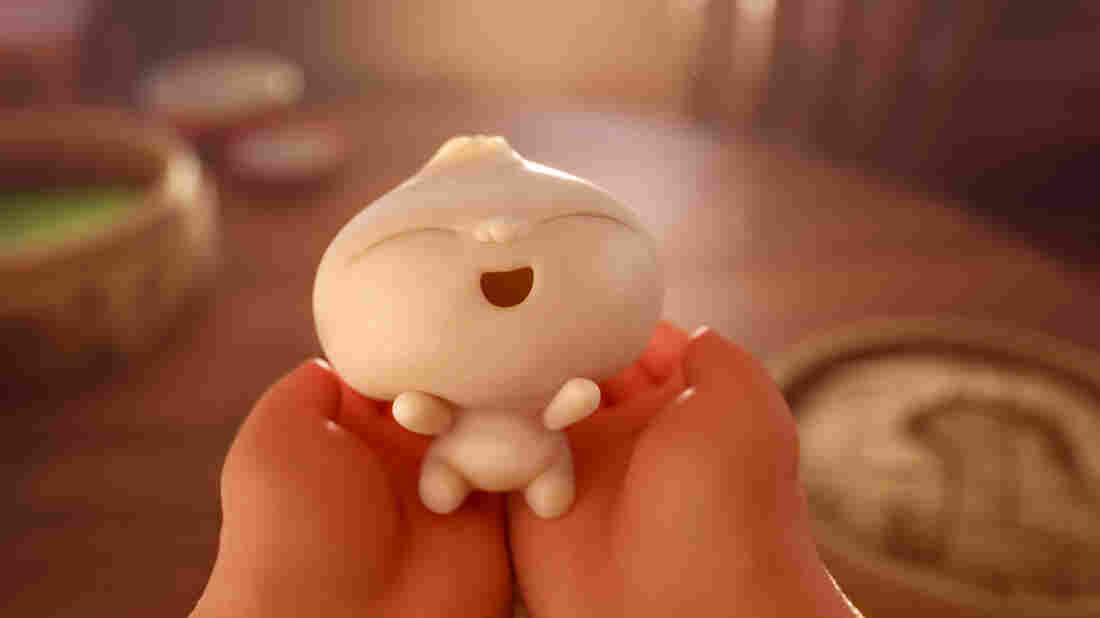 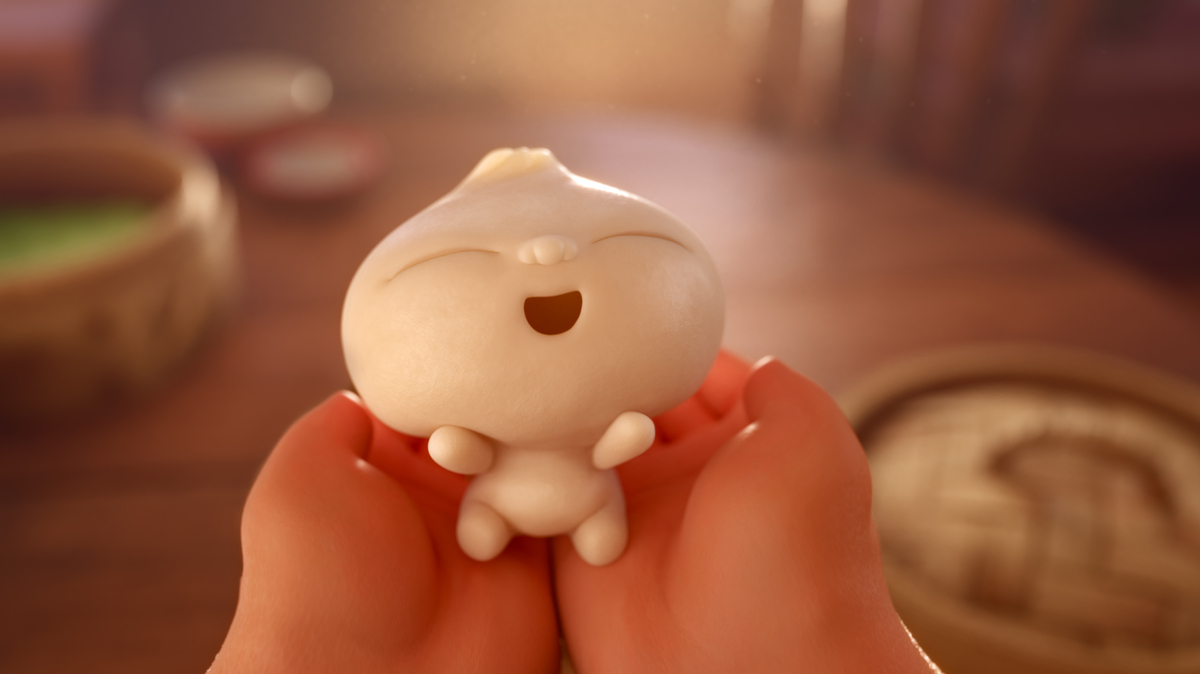 A dumpling springs to life in the Oscar-nominated Pixar Studios short Bao.

Shorts come back in season every February, as the showcases of Oscar-nominated animated, live-action, and documentary short films make their way to theaters around the country. But this year, at least one line of shorts is committing a fashion faux pas. Or maybe some animators just need a good hug from their loved ones: Four out of the five nominees for best animated short are about parents, children, and growing up.

Individually, none of these films represent an offense on the level of last year's winner "Dear Basketball." But despite the obvious talents of the filmmakers on display, this crop of nominees – chosen from an initial list of more than 70 qualifying films – stings, because it reveals a limited view of the power of animation, not to mention the adaptability of the short form.

Still, even when these variations on a theme are slight, some raw filmmaking power still emerges. Let's try them all, one by one, as we watch our families age and twist along the bittersweet passage of time:

The only nominated film this year not about parenthood is a deliciously dark Canadian comedy about a therapy group session for wild beasts. Led by an adorable pit bull in glasses who has successfully repressed his own urges to sniff other dogs' butts, the group includes a pig with a chocolate addiction; a bird with a traumatic past; and a praying mantis who can't stop killing and eating her boyfriends. But the road to recovery is upended by a new arrival who brings some, well, monkey business of his own.

Writer-directors David Fine and Alison Snowden (they're previous winners in this category for "Bob's Birthday" in 1995) deliver lots of clever therapy gags. The sight of a room full of animals reacting to their own natural selves with horror befitting a human makes "Animal Behavior" a great chew toy for the mind. Plus, the movie manages to be arch and morbid without being mean, a balancing act that usually takes years of therapy for most comedians.

Pixar's annual entry in this category follows a Chinese woman who becomes mother to an adorable, anthropomorphic bao bun. Written and directed by Domee Shi (the first woman to direct a short film for the studio) and originally shown in theaters with Incredibles 2, the pat seven-minute snack delivers on its concept in all the expected ways, and is carried over the finish line by the winning character design of the bao-child, who smushes his doughy little noggin trying to head-butt a soccer ball. It ain't "Sanjay's Super Team" or "One Man Band," but "Bao" is a decent late-period Pixar dumpling.

A biscuit in a teacup becomes Proust's Madeleine for an elderly woman suffering from dementia, triggering her remembrance of things past in this abstract portrait from top-notch Irish studio Cartoon Saloon (who were also behind acclaimed features like The Breadwinner and Song of the Sea). This studio is particularly gifted at squeezing dollops of feeling from simple, pared-down settings and character designs, and writer-director Louise Bagnall smartly trusts this principle as her story leaps back and forth in time. Fionnula Flanagan does some lovely voice work as Emily, the woman who can't seem to place the strange person helping to pack up her things. Done in a hand-drawn style, the lush animation obscures a flat story but also helps the piece resonate for anyone who's ever struggled with elder care.

To the Moon, young ones. Like First Man in reverse, and very closely mirroring "Bao"'s story beats, this weepie follows a little girl who dreams of outer space and her humble shoemaker father who supports her until he no longer can. Many time-lapse shots of breakfast tables to follow.

Upstart animation house Taiko Studios is fueling its rocket ship with the same Disney corn syrup its young production staff grew up on – just take a gander at the laughing child with the giant eyes, playing make-believe in a cardboard box. (Co-directors Andrew Chesworth and Bobby Pontillas are former Disney animators whose credits include Zootopia and Big Hero 6.) "One Small Step" is a modest charmer with a clean CGI look that has the misfortune of being sandwiched between so many other sad-parent nominees. If you coo instead of rolling your eyes once it's revealed that the girl's name is Luna, you will love it.

The best of the four "parent traps" in the 2019 slate is this surreal Toronto-set indie following a little boy who cycles between his divorced parents every Friday-through-Monday. Drawing on his own childhood, writer-director Trevor Jimenez crafts a dark, confusing world of ping-ponging emotions, as the parents' urges to be their best selves around their son are undone by the arrival of new partners and new challenges. Disturbing imagery also abounds: a man with a half-lit candle for a face, a house entirely submerged underwater.

More nuanced and character-based than the other entries, "Weekends" dwells on telling details like the mother's frazzled domestic life, the father's obsession with MTV and samurai swords, and the boy's struggles to adjust to different sleeping quarters. Jimenez captures the fractured, otherworldly nature of divorced life with aplomb and wisely eschews a cozy ending, instead letting the film's difficult psychology ruminate in our minds for many weekends to come.

Will Win: "One Small Step"