Accessibility links
Virginia Leadership: Residents React To State Politician Controversies As scandal piles on in their state, some residents feel betrayed and are now questioning the credibility of their politicians. Others are not surprised by their actions. 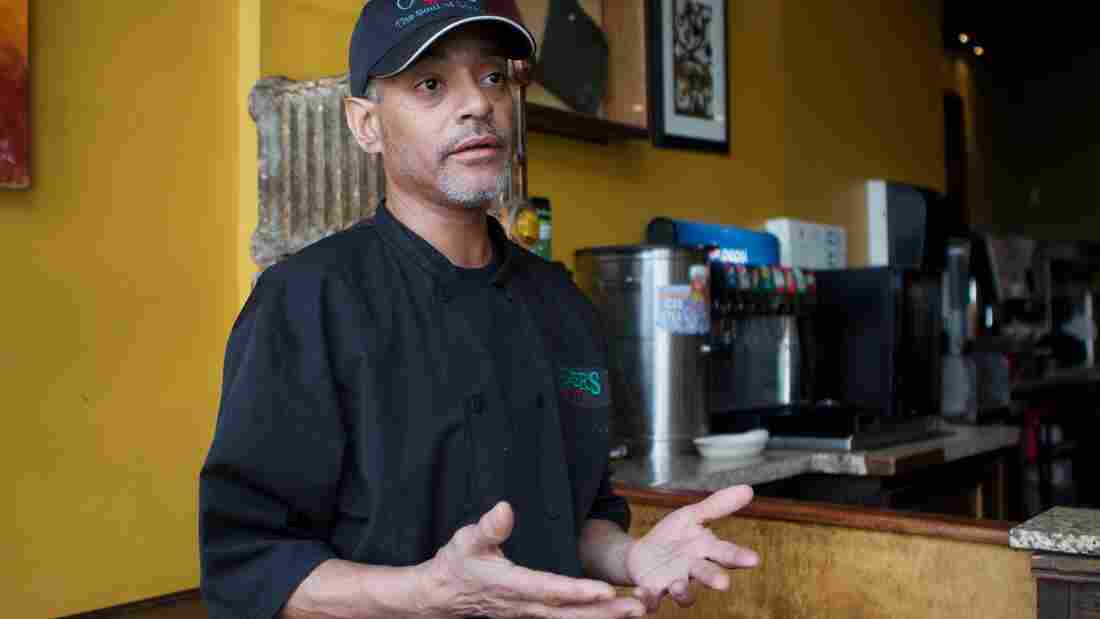 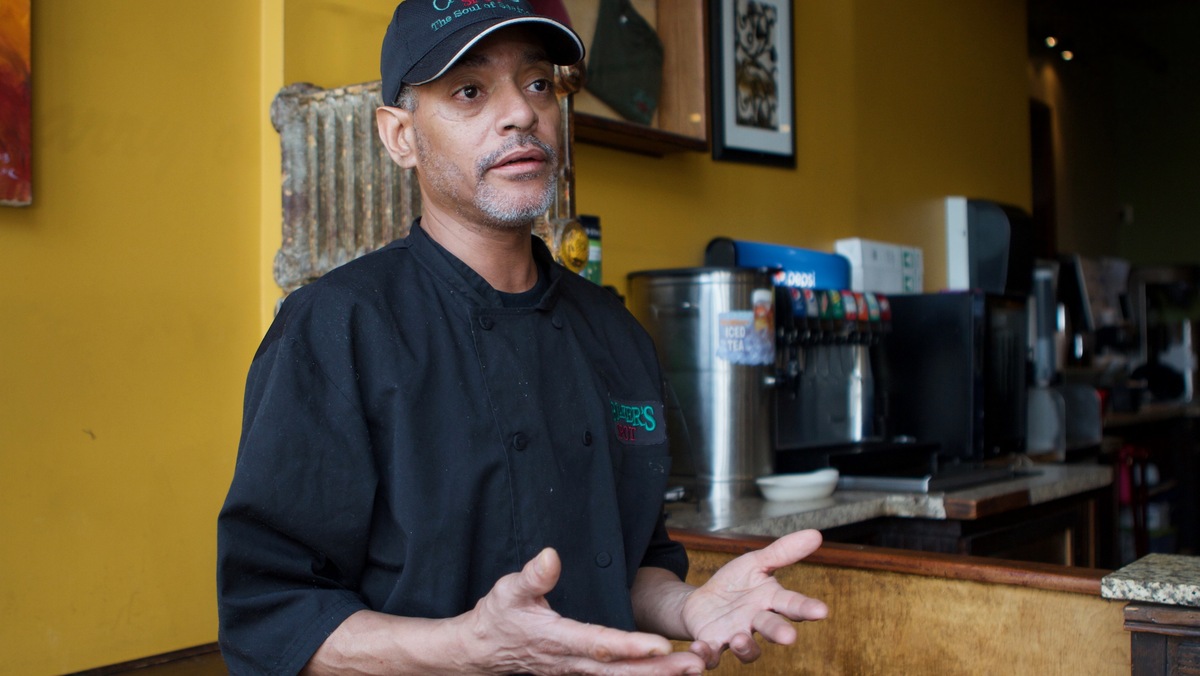 Chef Ari Coleman calls the news that two top Virginia politicians have dressed in blackface "not acceptable" and "ridiculous."

The controversy keeps piling on for Virginia's leadership. Two state officials now admit to having worn blackface in their lives. The lieutenant governor is facing an accusation of sexual assault. A sergeant with the Virginia Capitol Police has been suspended after activists accused him of having white nationalist ties. At the state Capitol in Richmond, Va., people are protesting, national media are swarming and lawmakers are trying to go about their work amid the chaos.

South of the river, less than 2 miles from Capital Square, is Croaker's Spot, where diners and staff offer some honest thoughts.

Chef Ari Coleman shakes his head in disbelief as I catch him up to speed. He knew about the racist photo found on Gov. Ralph Northam's medical school yearbook page and how Northam says he once wore blackface during a Michael Jackson dance contest.

But Coleman hadn't yet heard the most recent news. That another white Democratic statewide official had also admitted to wearing blackface.

"That's not acceptable. I can't even ... " Coleman shakes his head in disbelief. "And then from the governor, and now the attorney general as well? It's ridiculous." 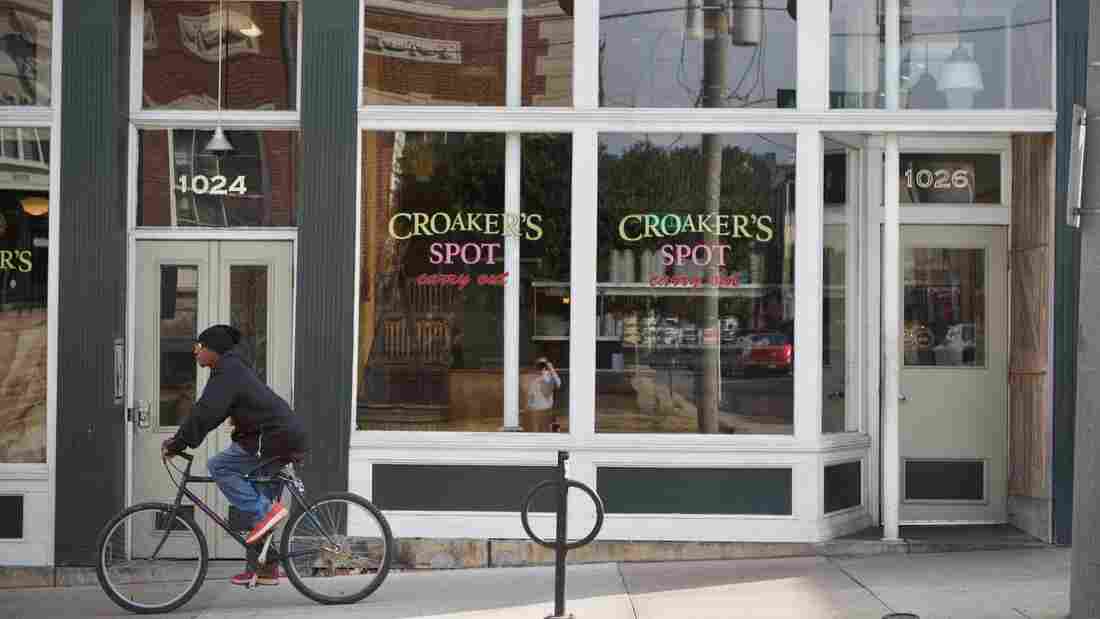 At Croaker's Spot in Richmond, Va., diners and staff are divided over whether top Virginia politicians mired in controversy should resign or stay in office. Mallory Noe-Payne/WVTF hide caption 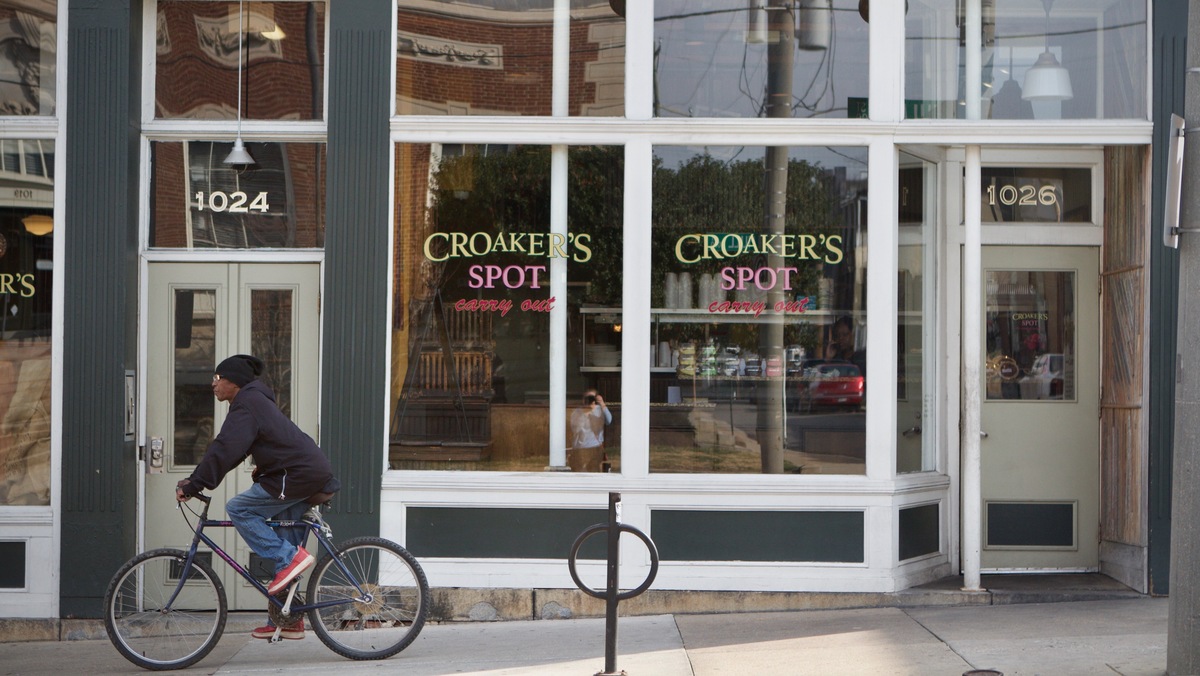 At Croaker's Spot in Richmond, Va., diners and staff are divided over whether top Virginia politicians mired in controversy should resign or stay in office.

Attorney General Mark Herring said in a statement Wednesday that when he was 19 he dressed up as a rapper for a college party. He wore a wig and "brown makeup." It was 1980.

Coleman went to college here in Richmond in the 1980s. Asked if he ever saw blackface at a party, he says no.

"In the '80s [we were] supposed to have been over all of that. Apparently not," he says.

But Franklin Williams, the manager here, kind of shrugs. He has lived in Virginia his whole life. When he hears us talking about Northam he says he is obviously not happy about the whole thing, but he is also not really surprised either.

"Racism hasn't gone anywhere, it just gets a new face every year, is how I feel," Williams says. "They find a new way, as quick as they can. They hide because it's so taboo."

Racism hasn't gone anywhere, it just gets a new face every year, is how I feel.

Williams voted for the governor and says he feels slighted, and angry.

"I mean, what's the point? Was it a joke, was it fun? How do I know that your mentality has changed?" he questions.

Northam and Herring have both apologized, saying they understand now how offensive their actions were. But neither has offered his resignation.

And that's OK to Chanta Massenburg. She thinks people should be given second chances, especially if they are remorseful.

She points to the Apostle Paul, who was first a murderer before he became the man who spread God's word.

"Sometimes some of the greatest accomplishments have come from people who have had shady histories or, you know, bad histories," Massenburg says. "And I for one don't feel its my place to judge or hang it over someone's head if they're willing to change."

Massenburg adds that the philosophy even applies to politicians. And if they have learned a lesson, they both still might have good they can do in office.

This report, provided by Virginia Public Radio, was made possible with support from the Virginia Education Association.