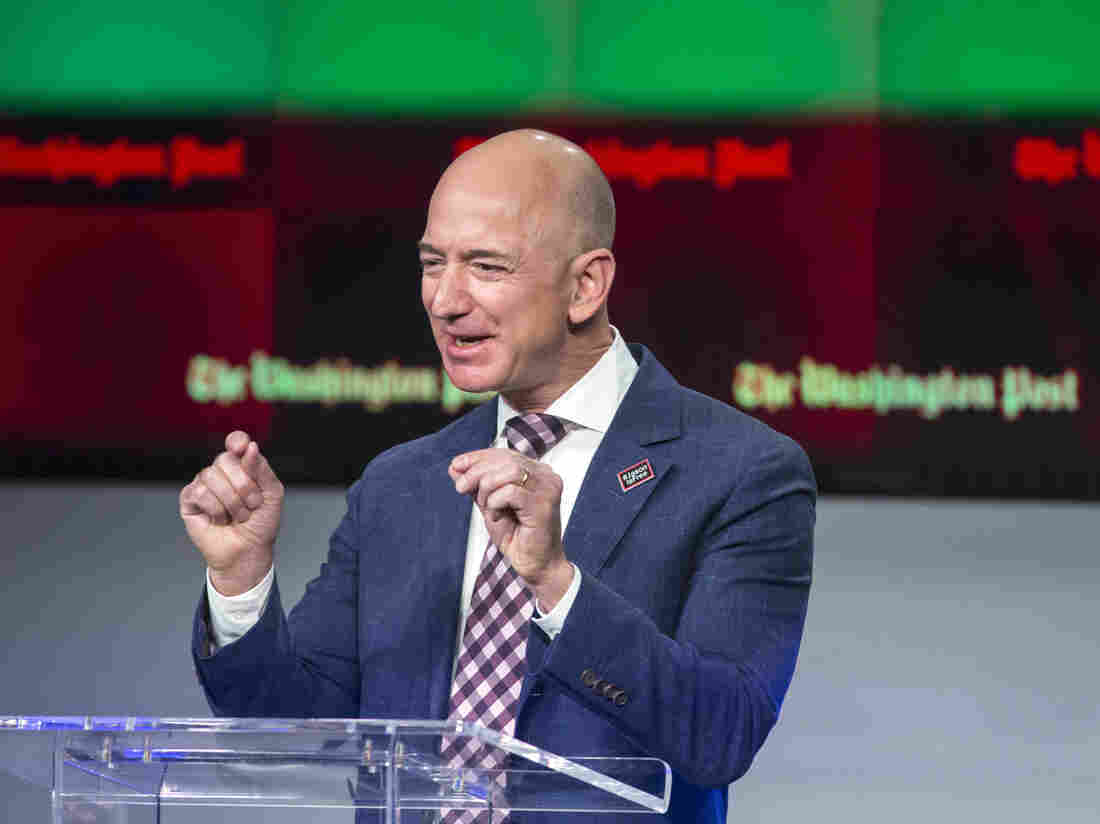 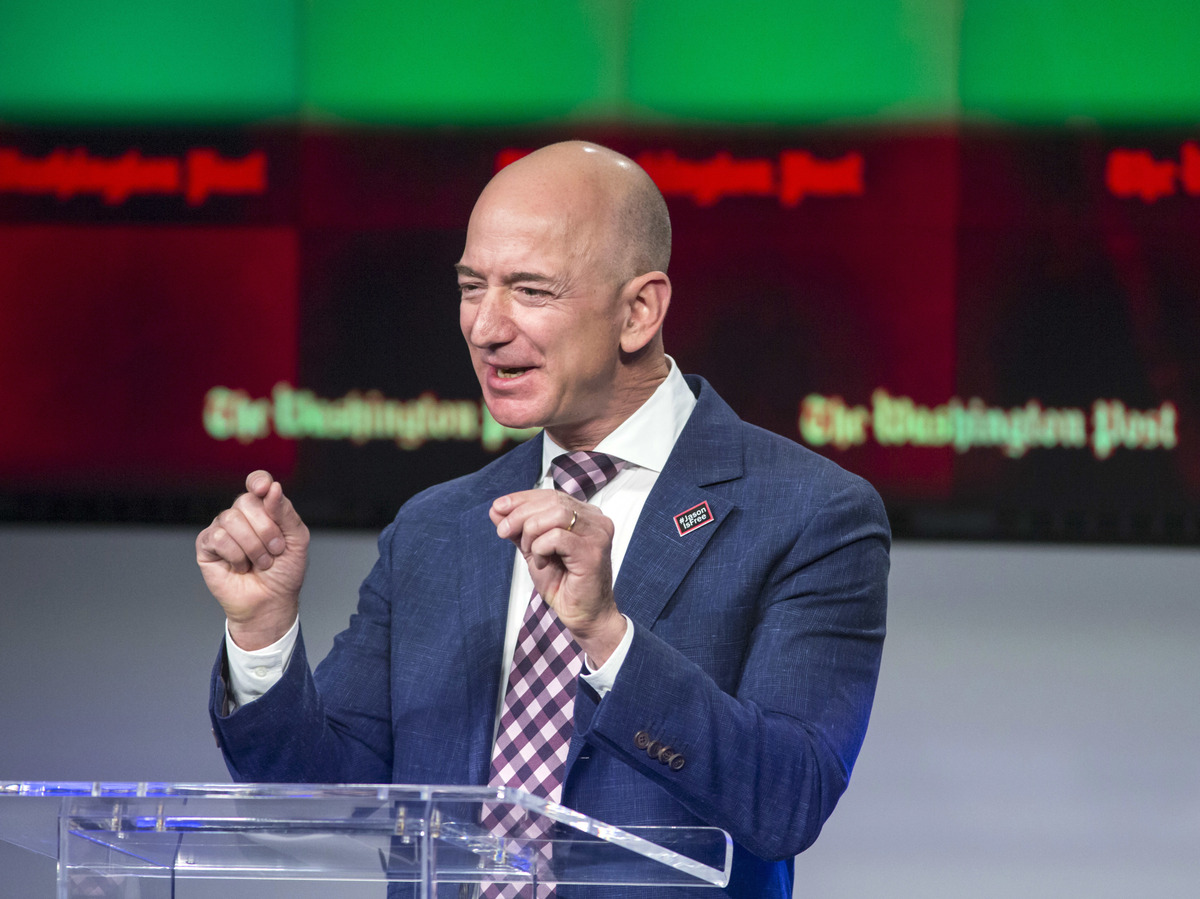 In purported emails posted online by Washington Post owner Jeff Bezos, executives for National Enquirer parent company AMI threaten to publish intimate photos of him if The Post publishes a story about the tabloid.

Amazon CEO and Washington Post owner Jeff Bezos is accusing American Media Inc., parent company of the National Enquirer, of extortion, saying it threatened to publish potentially embarrassing personal photos of him if he did not stop an investigation into how the tabloid obtained other private photos and texts of him and his girlfriend.

AMI denies the accusation, saying it did not break the law and had engaged "in good faith negotiations to resolve all matters" with Bezos related to its recent reporting on the billionaire's extramarital affair.

In a blog post on the website Medium.com, Bezos highlighted what he characterized as "extortion and blackmail," publishing a series of emails he says were exchanged between his and AMI's attorneys.

"I was made an offer I couldn't refuse," Bezos wrote. "Or at least that's what the top people at the National Enquirer thought. I'm glad they thought that, because it emboldened them to put it all in writing."

In response, American Media released a statement Friday morning saying the publishing company "believes fervently that it acted lawfully in the reporting of the story of Mr. Bezos."

While it denied wrongdoing, the company continued:

"Nonetheless, in light of the nature of the allegations published by Mr. Bezos, the Board has convened and determined that it should promptly and thoroughly investigate the claims.  Upon completion of that investigation, the Board will take whatever appropriate action is necessary."

The high-profile dispute, and the release of an extraordinary agreement apparently proposed by AMI, stems from the publication last month by the National Enquirer of a story revealing Bezos' relationship with former TV anchor Lauren Sanchez.

The Enquirer report included intimate texts between Bezos and Sanchez — prompting the Amazon CEO to order a team of private investigators, led by security consultant Gavin de Becker, to find out how the tabloid had obtained the private messages.

In an email that is purportedly from AMI Chief Content Officer Dylan Howard, he writes to an attorney for de Becker to say that "during our newsgathering," the company obtained several other unpublished selfie photos of Bezos and Sanchez in sexually suggestive settings.

"...[In] the interests of expediating this situation, and with The Washington Post poised to publish unsubstantiated rumors of The National Enquirer's initial report, I wanted to describe to you the photo obtained during our newsgathering," Howard is quoted as saying.

After describing the photos in detail, Howard concludes, "It would give no editor pleasure to send this email. I hope common sense can prevail—and quickly."

Bezos wrote that AMI intends to publish the personal photos "unless Gavin de Becker and I make the specific false public statement to the press that we 'have no knowledge or basis for suggesting that AMI's coverage was politically motivated or influenced by political forces.' "

In another purported email, AMI Deputy General Counsel Jon Fine agrees not to publish or distribute the materials and to keep the agreement secret. But he also threatens to publish the photos if Bezos and his associates breach the agreement.

In his blog post, Bezos wrote that he's not playing along.

"These communications cement AMI's long-earned reputation for weaponizing journalistic privileges, hiding behind important protections, and ignoring the tenets and purpose of true journalism," Bezos wrote in his blog post. "Of course I don't want personal photos published, but I also won't participate in their well-known practice of blackmail, political favors, political attacks, and corruption. I prefer to stand up, roll this log over, and see what crawls out."

Meanwhile, New Yorker investigative reporter Ronan Farrow tweeted that he and another unnamed "prominent journalist" who reported on the National Inquirer had been subjected to "similar 'stop digging or we'll ruin you' blackmail efforts from AMI."