Accessibility links
Voting Rights, Voter Registration Key For Democrats For 2020 Election Whether the party's focus on voting issues has an effect on the nuts and bolts of the next presidential election remains to be seen. 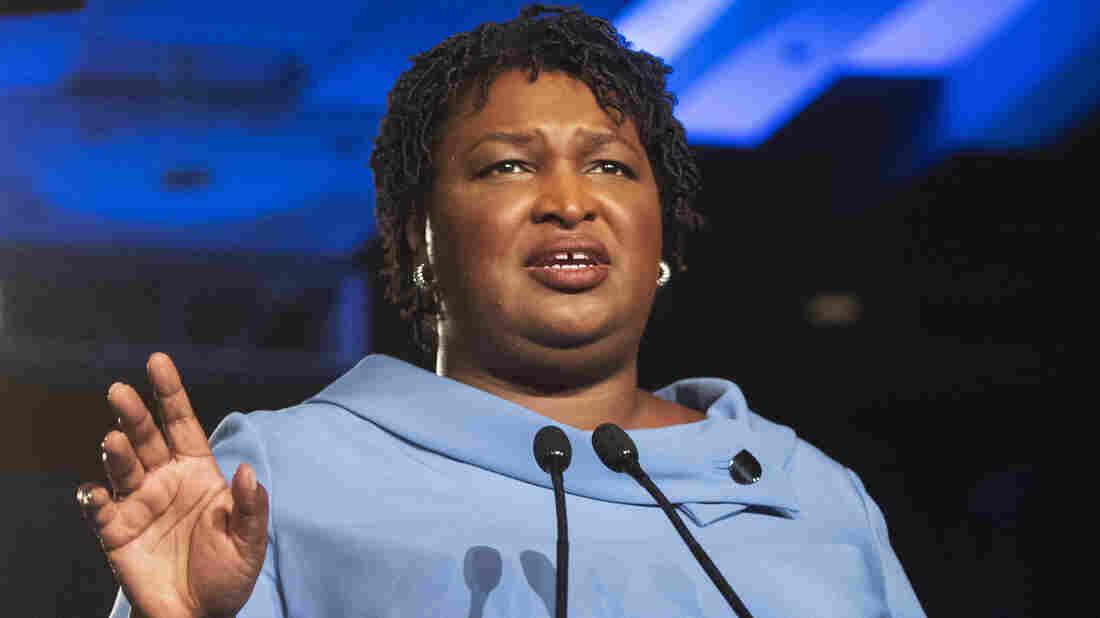 In mentioning voting in her Democratic response to the State of the Union, Stacey Abrams (pictured on election night in 2018) voiced what was already becoming increasingly clear: Elections will be a key part of Democratic messaging in the coming years. John Amis/AP hide caption 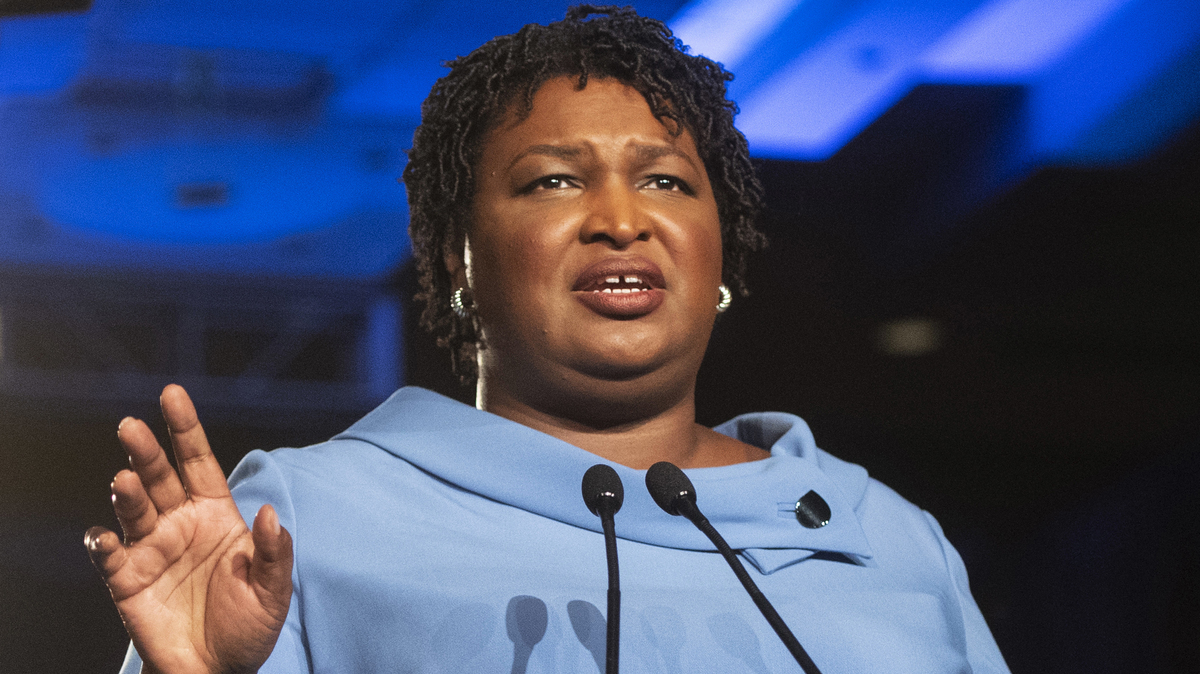 In mentioning voting in her Democratic response to the State of the Union, Stacey Abrams (pictured on election night in 2018) voiced what was already becoming increasingly clear: Elections will be a key part of Democratic messaging in the coming years.

In her response to President Trump's State of the Union address, Stacey Abrams went through some of the top issues for the Democratic Party.

Then she brought up a topic Democrats are planning to spend a lot of time on over the next two years: voting.

"Let's be clear. Voter suppression is real," Abrams said. "From making it harder to register and staying on the rolls, to moving and closing polling places, to rejecting lawful ballots, we can no longer ignore these threats to democracy."

The past two federal elections seem to have been a tipping point.

The 2018 midterms featured accusations of suppression in places where high-profile Democrats lost: in Georgia with Abrams, and in Texas with Beto O'Rourke.

And in 2016, Russian hackers attempted to break into state election systems (succeeding in at least one state).

President Trump also presents a clear foil. He has continued to call for measures that would make voting harder, like strict photo ID laws, without providing evidence for his claims about widespread in-person voter fraud.

PolitiFact rated his tweet last month about noncitizens voting in Texas and California as "false."

58,000 non-citizens voted in Texas, with 95,000 non-citizens registered to vote. These numbers are just the tip of the iceberg. All over the country, especially in California, voter fraud is rampant. Must be stopped. Strong voter ID! @foxandfriends

All of this has prompted Democrats to focus more on both voting rights and election security.

"I'm running to fight for an America where our democracy and its institutions are protected against all enemies, foreign and domestic," said Sen. Kamala Harris, D-Calif., at an event launching her presidential campaign last month. "We will secure our elections and our critical infrastructure to protect our democracy."

It remains unclear, however, whether any of that energy will lead to concrete changes before a 2020 election that cybersecurity experts are still worried about.

House Democrats' marquee HR 1 bill has dozens of proposals they say would strengthen American democracy, including requirements for states to use paper ballots and to offer online voter registration, and it would make Election Day a federal holiday.

Senate Majority Leader Mitch McConnell, R-Ky., has made it clear, however, that the bill is going nowhere.

But there is still a chance that more modest tweaks could become law.

At a meeting with state election officials last weekend, Senate staffers said lawmakers would reintroduce the bipartisan Secure Elections Act in the next few weeks.

The bill would be aimed at improving communications between federal agencies and the state officials who run elections, but it probably wouldn't include any money for states to purchase new equipment.

Vermont Secretary of State Jim Condos noted that presidential primaries are only a year away, and election officials can't perform major technical overhauls the year of a presidential election.

"Time is really of the importance," said Condos. "If you're going to get money to the states, we really need it this year. Preferably sooner than later."

Some state officials say it's frustrating to hear Democrats talking about voting as a national problem just months after a midterm election that featured no major cyberattacks and the highest voter turnout for a midterm in 50 years.

John Merrill, the secretary of state of Alabama, said he's expecting Democrats to use his state as an example on the campaign trail.

"They'll come to our state and talk about voter suppression and how we're preventing folks from voting and they're entitled to their own opinion but not their own facts," said Merrill, a Republican. "When we've broken every record in the history of the state for voter participation in the past four elections we've had, there's nothing you can say except 'Roll Tide!' " referring to the slogan of the University of Alabama's vaunted football team.

While the state has increased its voter participation over the past decade, Alabama's voter turnout rate still ranks among the lowest in the country. And overall, the U.S. trails most developed countries in terms of the percentage of adults who vote.

It's a political cliché at this point to say high turnout favors Democrats. That's because many of the blocs of voters with historically lower turnout rates, like nonwhite voters, tend to vote for Democratic candidates.

So while it is generally in their political favor to argue for easier access to the ballot box, California Secretary of State Alex Padilla, a Democrat, says it's also an expression of the country's values.

"We are all in agreement that our democracy is strongest when we have the highest levels of participation possible," Padilla said. "It should not be a partisan issue, but unfortunately it has become one."

And judging by the past few weeks, it will continue to be one, at least through 2020.