Accessibility links
Alabama Executes Muslim After Justices Rule He Doesn't Need Imam By His Side Domineque Ray said the state was violating his constitutional rights by only offering a Christian chaplain. The high court ruled 5-4 that the execution could go ahead as planned. 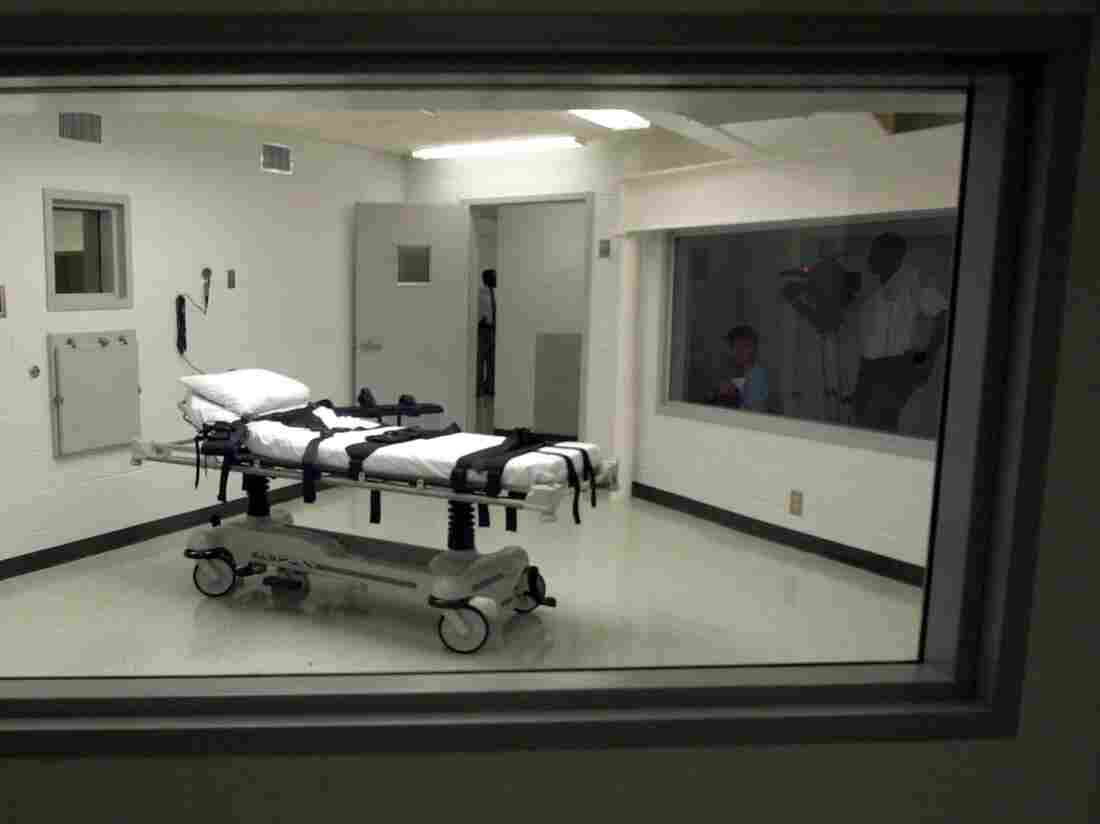 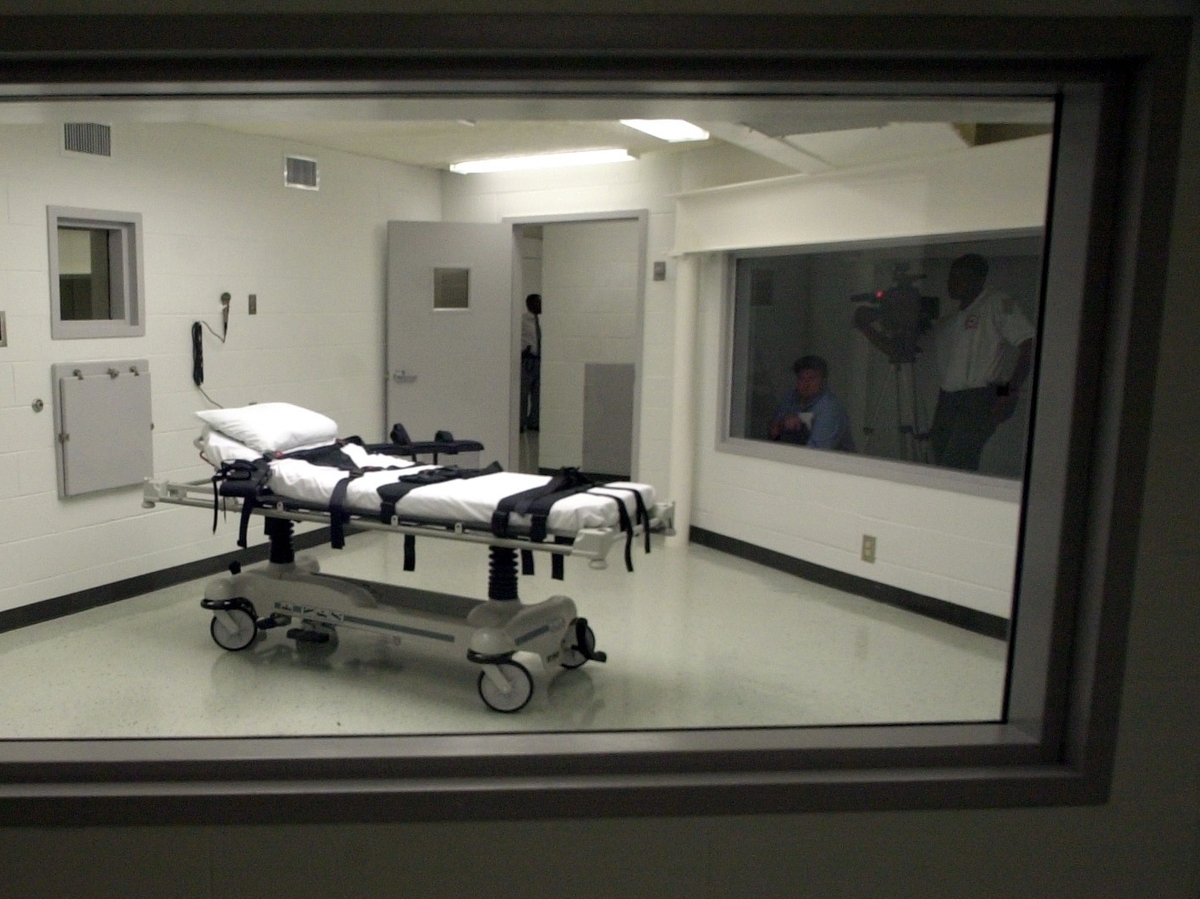 This file photo shows Alabama's lethal injection chamber at Holman Correctional Facility in Atmore, Ala. Inmate Domineque Ray was put to death Thursday night without his spiritual adviser present in the chamber.

Death Row inmate Domineque Ray hoped that when he took his final breath, he could find comfort in the presence of his Muslim spiritual adviser. But the Alabama prison where Ray was awaiting execution wouldn't allow it. Prison officials would only allow their own Christian chaplain to offer the prisoner solace from inside the execution chamber. They said it would be a security risk to let someone into the room who wasn't an employee of the state's corrections department. Ray's imam, Yusef Maisonet, could only watch from the next room, behind glass.

Ray challenged that decision, and a federal appeals court on Wednesday granted a stay of execution until it could determine whether the prison had violated the Establishment Clause of the First Amendment by preferring one religion over another.

But the next day, by a vote of 5-4, the U.S. Supreme Court allowed the execution to go forward. Ray's life ended Thursday night, by lethal injection. His imam watched from a separate room, The Associated Press reported.

Ray was sentenced to death for the 1995 rape and murder of a 15-year-old girl, Tiffany Harville. Her body was found in a cotton field. Alabama Attorney General Steve Marshall called the execution a "long-delayed appointment with justice," local media reported.

In lifting the stay of execution, the high court's conservative majority said little, only citing what it called the "last-minute nature" of Ray's request as the reason for its decision. "Because Ray waited until January 28, 2019 to seek relief, we grant the State's application to vacate the stay," the court wrote.

"The clearest command of the Establishment Clause" is that "one religious denomination cannot be officially preferred over another," Justice Elena Kagan wrote. "But the State's policy does just that."

The dissent acknowledged that prison security is a "compelling interest" that might justify such religious discrimination. However, "the State has offered no evidence to show that its wholesale prohibition on outside spiritual advisers is necessary to achieve that goal," Kagan wrote.

"Why couldn't Ray's imam receive whatever training in execution protocol the Christian chaplain received? The state has no answer." the dissent said. "Why wouldn't it be sufficient for the imam to pledge, under penalty of contempt, that he will not interfere with the State's ability to perform the execution? The State doesn't say."

The dissent also took issue with the conservative justices' reasoning that Ray waited too long to bring his claim. The warden denied his request to have an imam by his side on Jan. 23, and Ray filed his complaint five days later, Kagan wrote. And Alabama state law explicitly provides that the inmate's spiritual adviser of choice "may be present at an execution," she wrote.

"Ray has put forward a powerful claim that his religious rights will be violated at the moment the State puts him to death," Kagan wrote. "Instead, this Court short-circuits that ordinary process — and itself rejects the claim with little briefing and no argument — just so the State can meet its preferred execution date."

At Ray's request, the prison kept its chaplain out of the execution chamber.