Accessibility links
Humanitarian Aid Is Blocked Amid Venezuelan Political Crisis The military, which backs President Nicolás Maduro, has barricaded a bridge from Colombia. Opposition leader Juan Guaidó, along with the U.S., is demanding that the aid convoy be allowed to pass.

Humanitarian Aid Arrives For Venezuela — But Maduro Blocks It

Humanitarian Aid Arrives For Venezuela — But Maduro Blocks It 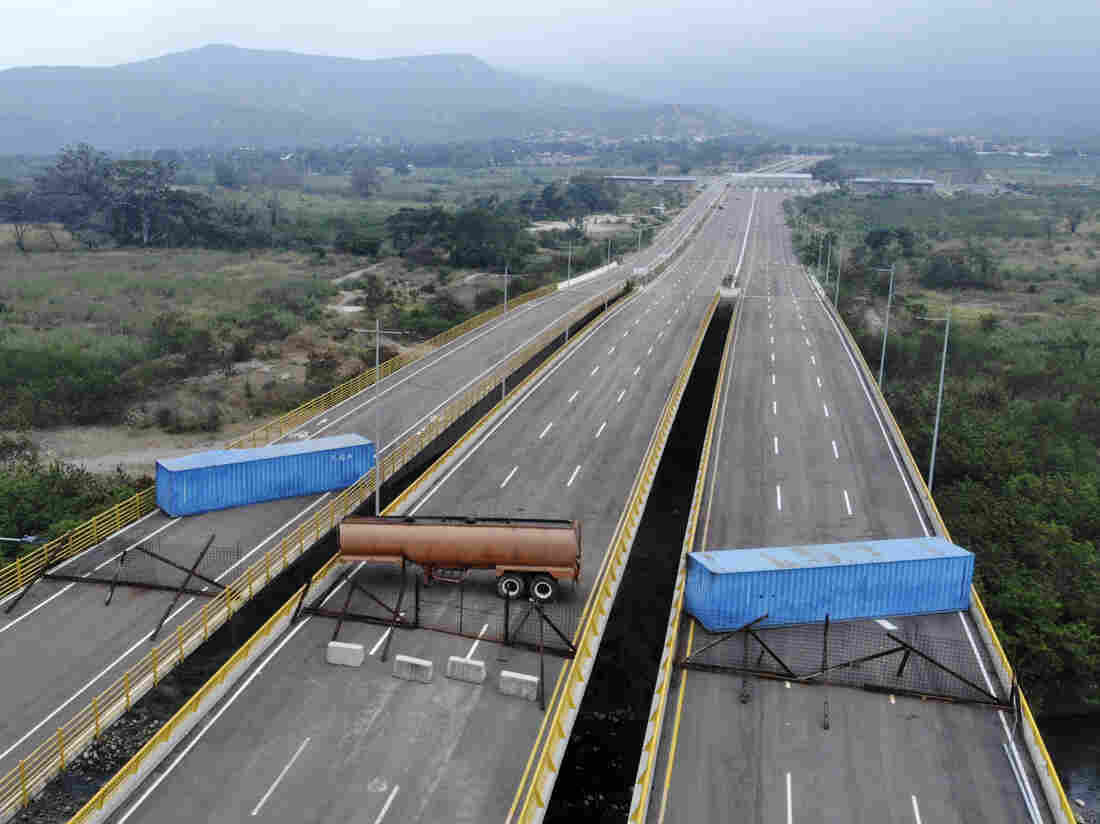 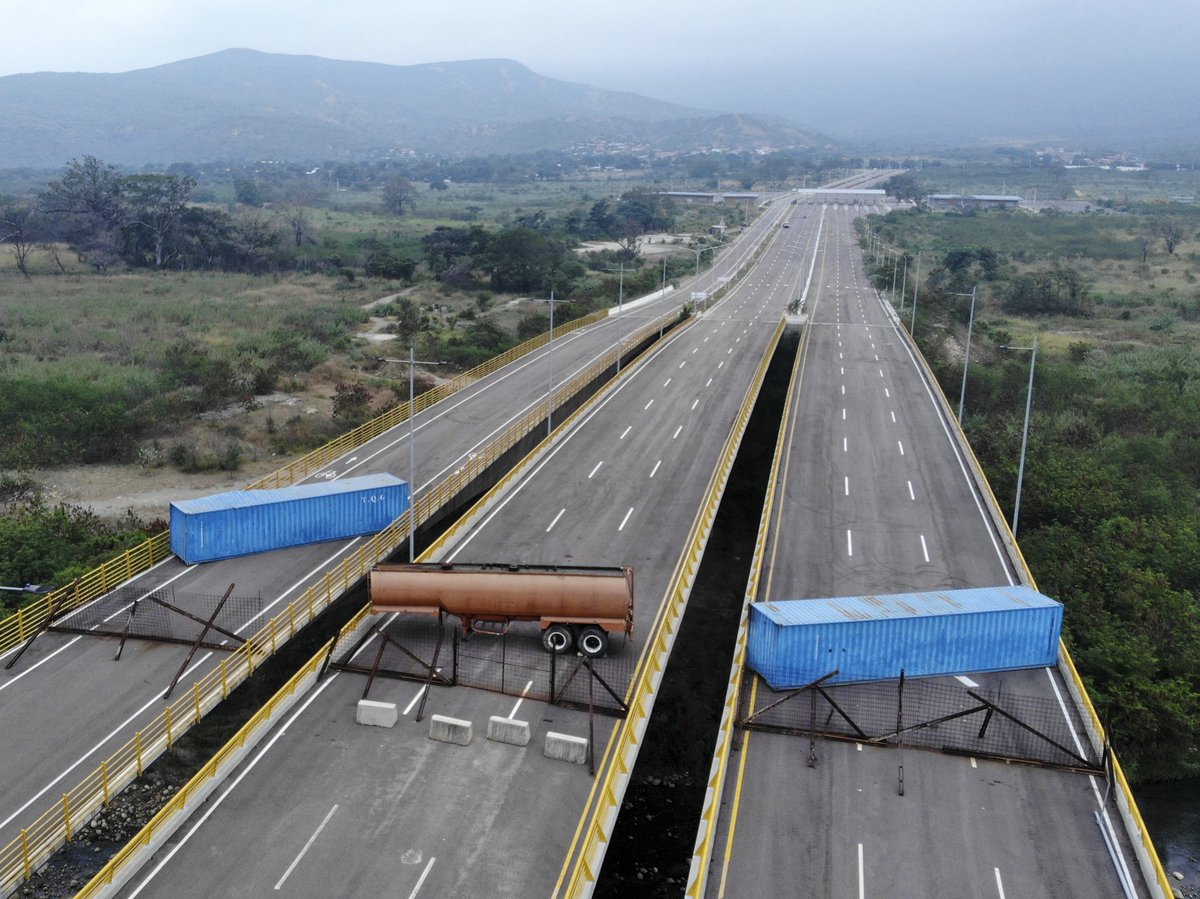 The Tienditas bridge connecting Colombia and Venezuela has been blocked by Venezuelan military forces, as seen here on Wednesday. Opposition leader Juan Guaidó and U.S. Secretary of State Mike Pompeo are demanding that humanitarian aid be allowed to enter.

Trucks full of food and medicine have arrived at the Venezuelan border, setting up a showdown between President Nicolás Maduro and U.S.-backed opposition leader Juan Guaidó.

The aid convoy arrived at the Colombian border city of Cúcuta, The Associated Press reports, but Maduro and the military have blocked the Tienditas bridge so that the trucks cannot enter Venezuela.

"The United States is prepositioning relief items — including food, nutritional supplements, hygiene kits and medical supplies — in Colombia so they are available to reach those most in need in Venezuela as soon as possible," a U.S. official told The AP.

Maduro has rejected aid offers and says his country has "never been, nor are we, a country of beggars," the BBC reports.

It's not clear that the Tienditas Bridge has ever been open. Diario La Opinión, a publication based in Cúcuta, wrote in 2016 that the money spent to build the bridge has not paid off, because "the government of Venezuela insists on closing the border." A photo on Google Maps from June 2017 shows fencing and concrete blocks on the bridge.

Venezuela has been in a political crisis since Guaidó, the president of the National Assembly, declared himself interim president last month. Maduro has refused to step aside and accuses the U.S. and others of attempting to overthrow him. Venezuela's economy and medical system have collapsed in recent years, sending millions fleeing from the once-rich country, home to the world's largest oil reserves.

"It doesn't make sense that while [the Venezuelan people] migrate for hunger and need, supporters of the dictatorship enjoy these benefits and enter our country, using this card, to shop, among other things," Christian Krüger Sarmiento, the director general of the migration agency, said in a statement.

U.S. Secretary of State Mike Pompeo tweeted a photo of the barricaded bridge. "The Venezuelan people desperately need humanitarian aid. The U.S. & other countries are trying to help, but Venezuela's military under Maduro's orders is blocking aid with trucks and shipping tankers. The Maduro regime must LET THE AID REACH THE STARVING PEOPLE."

Guaidó has been talking about the aid convoys. "While we work every day to successfully achieve the delivery of the humanitarian aid; they insist on taking away the medicines and foods of those who need them urgently," he tweeted.

"The first phase continues with collection centers in three allied countries," he wrote, posting photos of the trucks.

Maduro has called the convoys "a political show," according to Reuters.