Accessibility links
Interview: 'The Night Tiger' Author Yangsze Choo On Weretigers And 1930s Malaya Yangsze Choo's second novel features a disembodied finger, Chinese dancehalls of the 1930s and weretigers. For the author, it's a book of parallel worlds: the supernatural and the real. 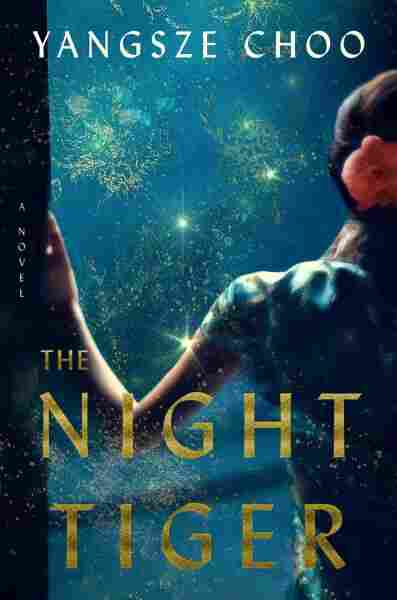 It's not just the finger of fate that brings Ren and Ji Lin together. It's a finger.

Ren is an 11-year-old houseboy at the deathbed of his master, Dr. MacFarland, who takes a last breath to ask the boy to find the finger amputated from the doctor years before, and to return it to him in his grave within 49 days before his soul disappears.

Ji Lin is a dancehall girl and dressmaker's assistant in 1930s Malaya who has a sudden gift pressed into her hand during a dance: a severed finger in a glass tube.

"Yes, it's such a cheerful story isn't it?" she says in an interview. "You know, my mum asked me — my first book [The Ghost Bride] was about the marriage of the dead, and this one is about missing fingers and possible weretigers. And my mum said, 'Couldn't you write about something more uplifting?'"

It is such, in many ways, such a bizarre idea. You know, the European story of the werewolf is a man who, you know, when the moon is full, changes his skin and goes out from his house to kill and eat in the forest. But in Malaysia, the idea of the weretiger is almost exactly the opposite. It is a beast who wears the skin of a human and comes out of the jungle to knock on your door and eat you in your home.

But I've always been drawn to the concept of the shapeshifter, perhaps because we are presented with the idea of what is human and what is a beast, you know. Dualities and mirror worlds are things that sort of run through this novel. You know, on the one hand it functions as a murder mystery, and on the other it also has a lot of supernatural questions about it — and that's also embodied, I think, in the notion of the weretiger, the shapeshifter.

On the dancehall girls in 1930s Malaya

[It was] actually quite a socially unacceptable occupation. I first read about these Chinese dancehalls in an old book when I was a kid, and this was, I think, called Return to Malaya by [R.H.] Bruce Lockhart. He wrote this one in 1936 or so, and it's a description of his travels. And in an aside, he describes visiting a Chinese dancehall in which he says: There's all these young girls, and they dance really well — they're professional dancers — and in between dances they're all kept in a pen, and ... you can only dance with them for a ticket. And he'd mentioned how mysterious it was — like, nobody knew anything about them. They were so — you know, in some ways they were cloistered. There were lots of rumors — what did they do on this side, or maybe they did nothing? And I thought: This is such a weird world, and also so glamorous, to think of all these girls in their, you know, flapper bobs and, you know, cheongsam or ... Western clothes there to dance.

On balancing the supernatural and the real in the novel

And I feel that we are often in several planes of existence at the same time. For example, when my mother was a little girl, she had a friend who was a few years older than her, and this friend was a servant in one of these great British houses in Malaysia. And my mum told me that when she was little, she went to see her friend in the kitchen. And you know, Malaysia's a very hot, tropical place. And her friend said, "I'll give you something good," and she gave her a glass of ice water. And my mother had never had anything so cold before in her life. She said it was amazing. And I've always thought, you know, listening to her story: what a wondrous thing to happen, and also that these dual worlds, I think, all exist at the same time. And it's fascinating.

On her fascination with 1930s Malaya

One, because there's not a great deal written about that time period. When I was a kid I read a lot of Isabella Bird. She was this Scottish lady who traveled all over the world in the in the 1800s and kept a journal of what she saw. And I thought it was very intrepid of her to go to these places. And you know, they say the past is like another country. I've always enjoyed historical fiction and journeying to Malaysia at that time made me wonder: What was it like? You know, was the jungle eternally the same? Did it look different when, you know, there were bicycles rather than people riding on elephants? So I thought that was interesting too.

Samantha Balaban and Cindy Johnston produced and edited this interview for broadcast. Patrick Jarenwattananon adapted it for the Web.