Accessibility links
What Border Security Negotiators Face Amid Threat Of Government Shutdown Bipartisan negotiators are working on a border security funding deal — but both sides are still sorting out what kind of "wall" or "barrier" is in and whether President Trump will sign it. 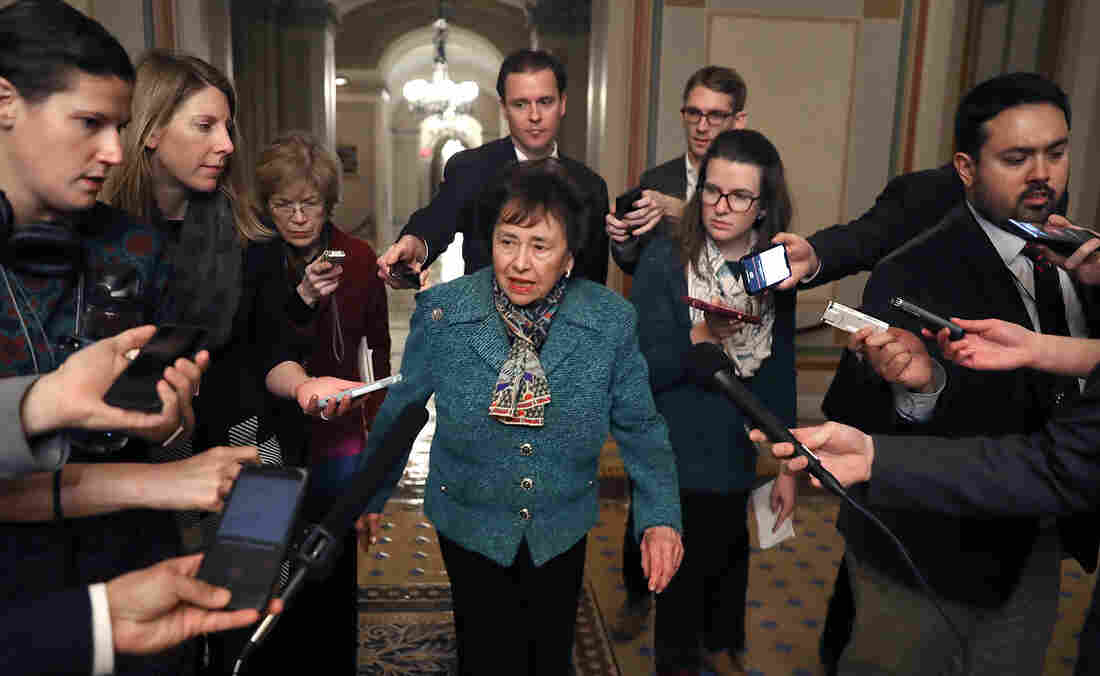 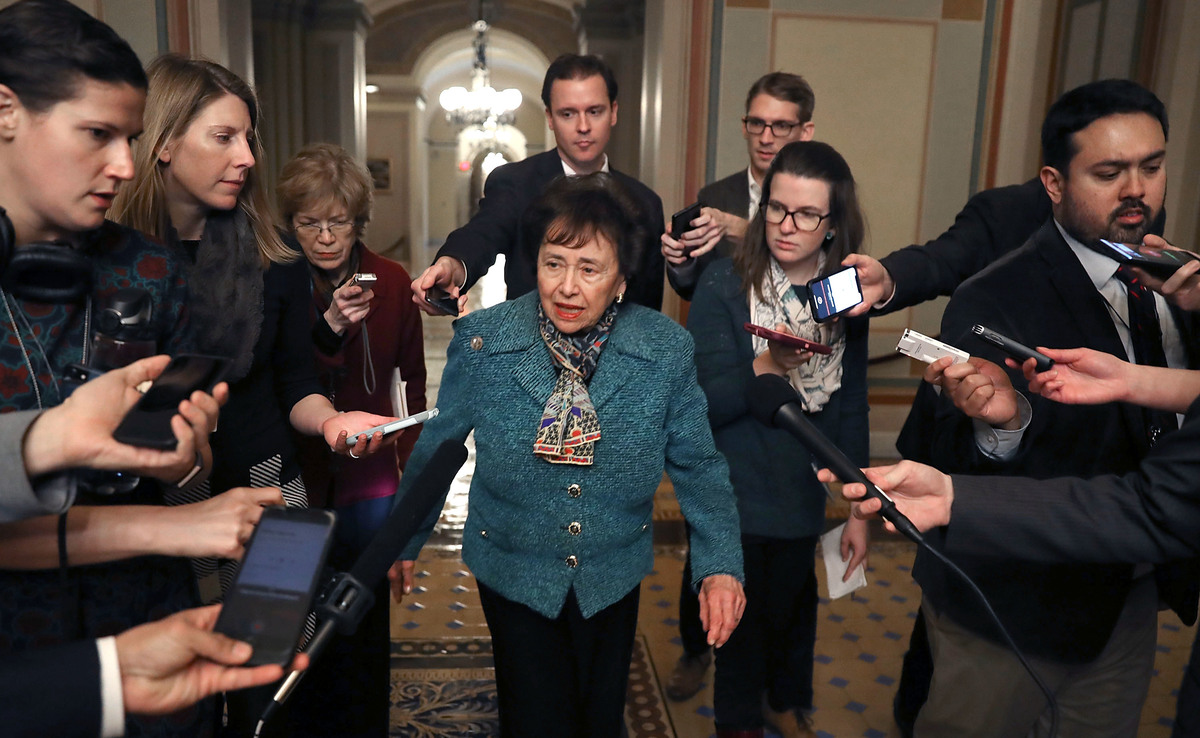 Rep. Nita Lowey, D-N.Y., walks to a bipartisan negotiation meeting Monday over securing the U.S. Southern border and keeping the U.S. government from shutting down.

Congressional negotiators are hurtling toward another deadline — Feb. 15 — to avoid a partial government shutdown. A bipartisan group of 17 lawmakers on the House and Senate appropriations committees are working to reach a deal to fund seven of the 12 outstanding annual bills to fund the federal government.

The controversy centers on just one of the funding measures for the Department of Homeland Security. President Trump waged the longest shutdown in U.S. history because the bill did not include enough money to help build his long-promised "wall" along the U.S.-Mexico border.

Much of the negotiation has been concerned with what, exactly, counts as a wall — and how much Congress should authorize to pay for its construction this fiscal year. Lawmakers are also confronting other sticking points, including Democratic efforts to curb the number of detention beds available to Immigration and Customs Enforcement.

There are indications compromise is possible: Democrats are not ruling out funds for some kind of "physical barriers" on the border, and Trump has offered a more measured tone in recent days. Senate Appropriations Chairman Richard Shelby, R-Ala., met with the president last week and characterized it as "positive" and the president as being "very reasonable."

Lawmakers have joked that left alone, they could quickly cut a border security funding deal. The wild card is, was and will remain Trump right up until he signs the remaining bills to fund the government. Asked what the chances are that the negotiations would produce a deal that the president would sign, White House acting chief of staff Mick Mulvaney would only say "more than zero." In the interview with All Things Considered, he added, "A shutdown is technically always on the table."

Photos by Getty Images and The Associated Press