Accessibility links
Denver Teachers Strike Over Base Pay After more than a year of negotiations, the teachers union and the school district still can't agree on a base pay increase. The district's plan depends too much on incentive bonuses, the union says. 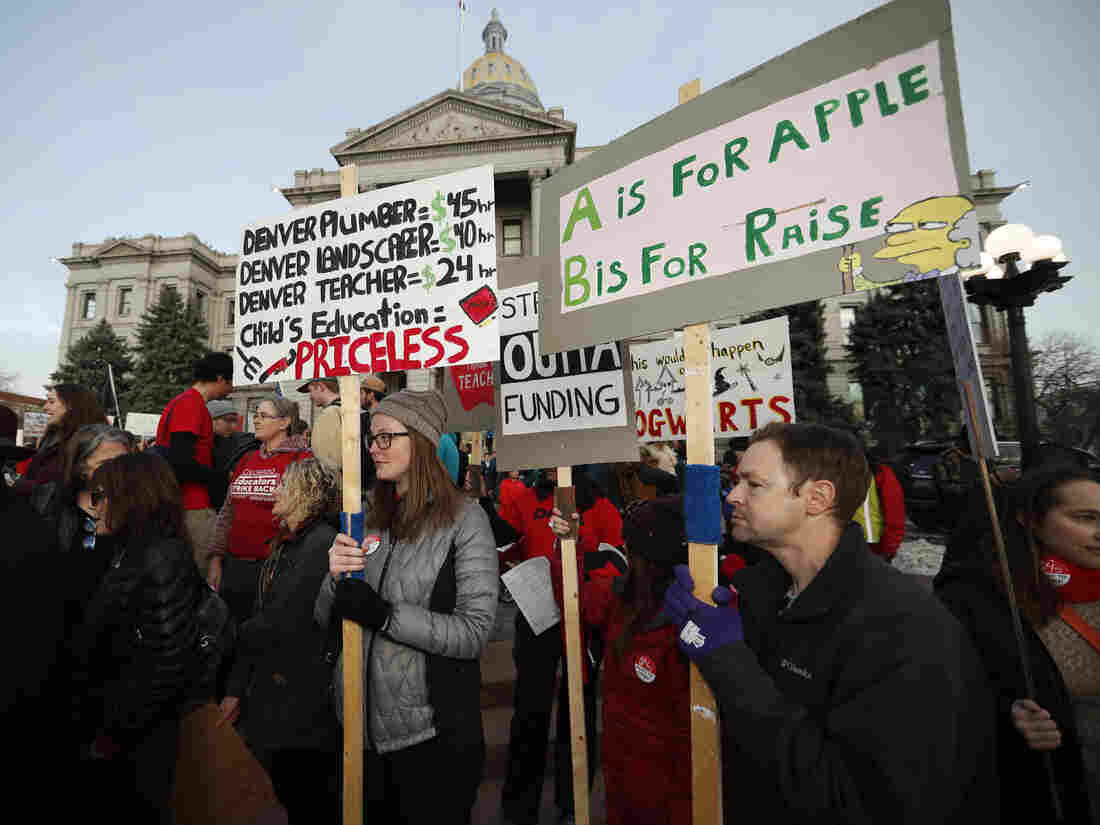 Denver teachers carry placards as they wait to march after a rally in support of a strike outside the state Capitol last month. Denver schoolteachers are going on strike over how their base pay is calculated. David Zalubowski/AP hide caption 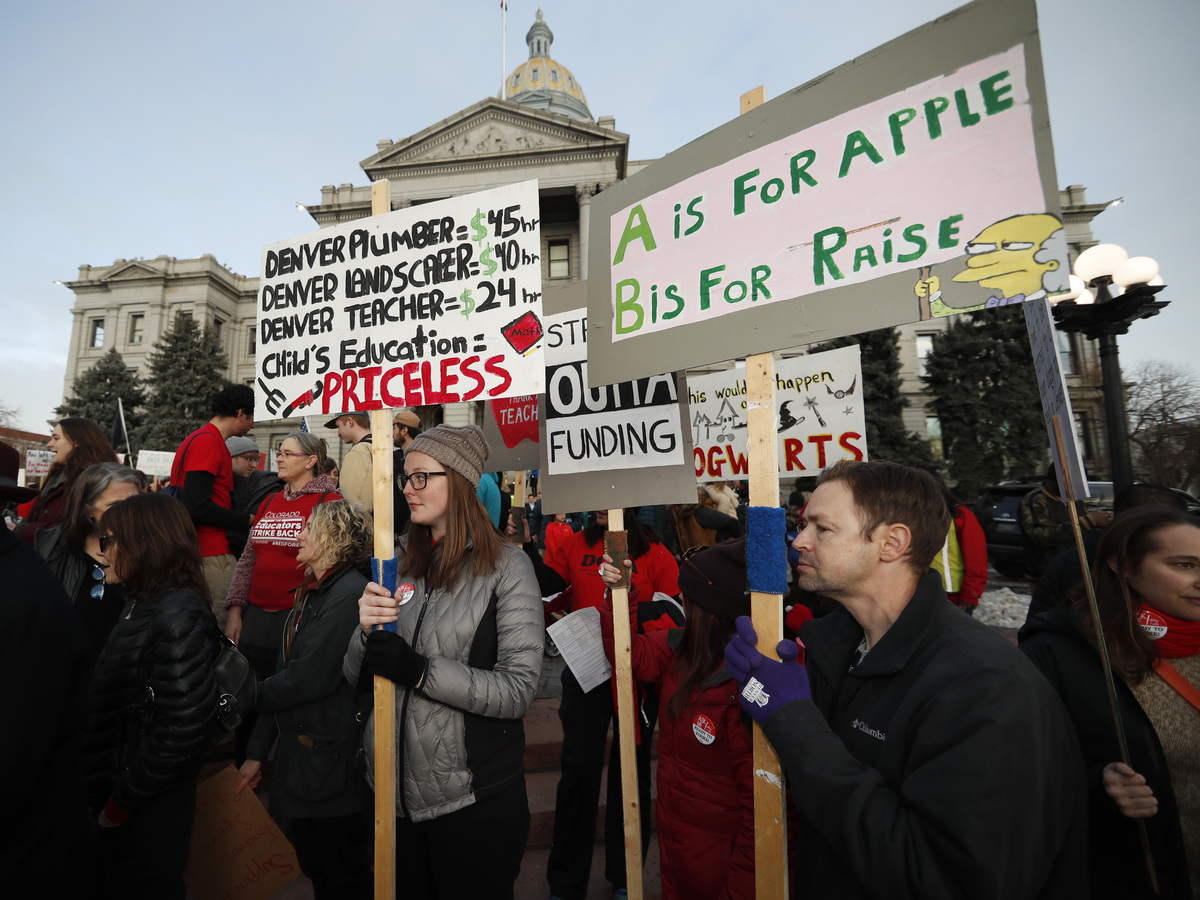 Denver teachers carry placards as they wait to march after a rally in support of a strike outside the state Capitol last month. Denver schoolteachers are going on strike over how their base pay is calculated.

Denver schoolteachers are going on strike over how their base pay is calculated. The teachers union and the school district failed to reach an agreement after more than a year of negotiations.

It is the first teachers strike for the city in a quarter-century, and it affects about 71,000 students across 147 schools, Colorado Public Radio reports.

Most public schools will remain open, staffed by hundreds of substitute teachers. Early reports indicated that at least 2,100 of the district's more than 5,000 educators honored the walkout.

Gov. Jared Polis says it will cost about $400,000 a day to keep the schools running during the strike. That's about 1 percent to 2 percent of the budget for the school year if the strike lasts a week, the The Colorado Sun reports.

"We will strike Monday for our students and for our profession, and perhaps then DPS will get the message and return to the bargaining table with a serious proposal aimed at solving the teacher turnover crisis in Denver," said Henry Roman, president of the Denver Classroom Teachers Association, said Saturday in a statement.

The fundamental disagreement concerns how base pay is calculated. Twenty years ago, the district first piloted the Professional Compensation System for Teachers, known by most as ProComp. Colorado Public Radio's Jenny Brundin explained the pay incentive system on Morning Edition:

It lets teachers get several bonuses to encourage them to take things like hard-to-staff positions for math, or work in a high-poverty school. But over the years, it became really complicated and unpredictable. Some of the incentives would suddenly disappear or shrink. And teachers say that makes it really hard to plan or even pay rent. In interviews with about 40 teachers I did, not one could tell me exactly how much they made.

Both sides have offered proposals to simplify the system, but there is still disagreement over the use of bonuses. The district's proposal allocates more money toward base pay but still offers up to $2,500 in incentives for teachers working in certain schools, The Denver Post reports.

In its Saturday statement, the teachers union said the district's proposal lacks transparency and "pushes for failed incentives for some over meaningful base salary for all."

Superintendent Susana Cordova said Saturday that the district's proposal "responds to what we heard from our teachers" and "significantly increases the base pay for all of our educators."

In anticipation of a strike, the school district hired 300 new substitute teachers to bolster its roster of 1,200 subs, the Post reports. An additional 1,400 administrators are also ready to help out where needed at the schools. Every school in the district will remain open Monday, but preschool classes will be canceled.