Accessibility links
Ilhan Omar Apologizes For Israel Remarks Condemned By Nancy Pelosi, Others Speaker Nancy Pelosi and other House leaders had called on the Minnesota Democrat to apologize for comments on social media about Israel. 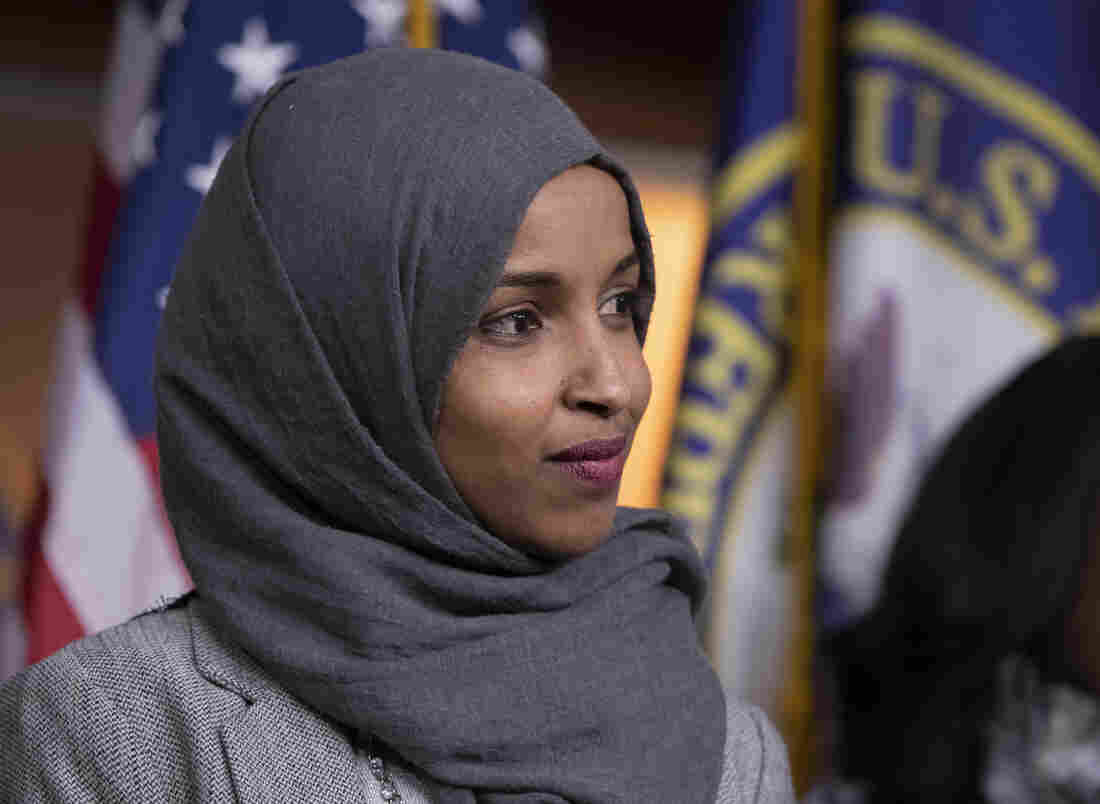 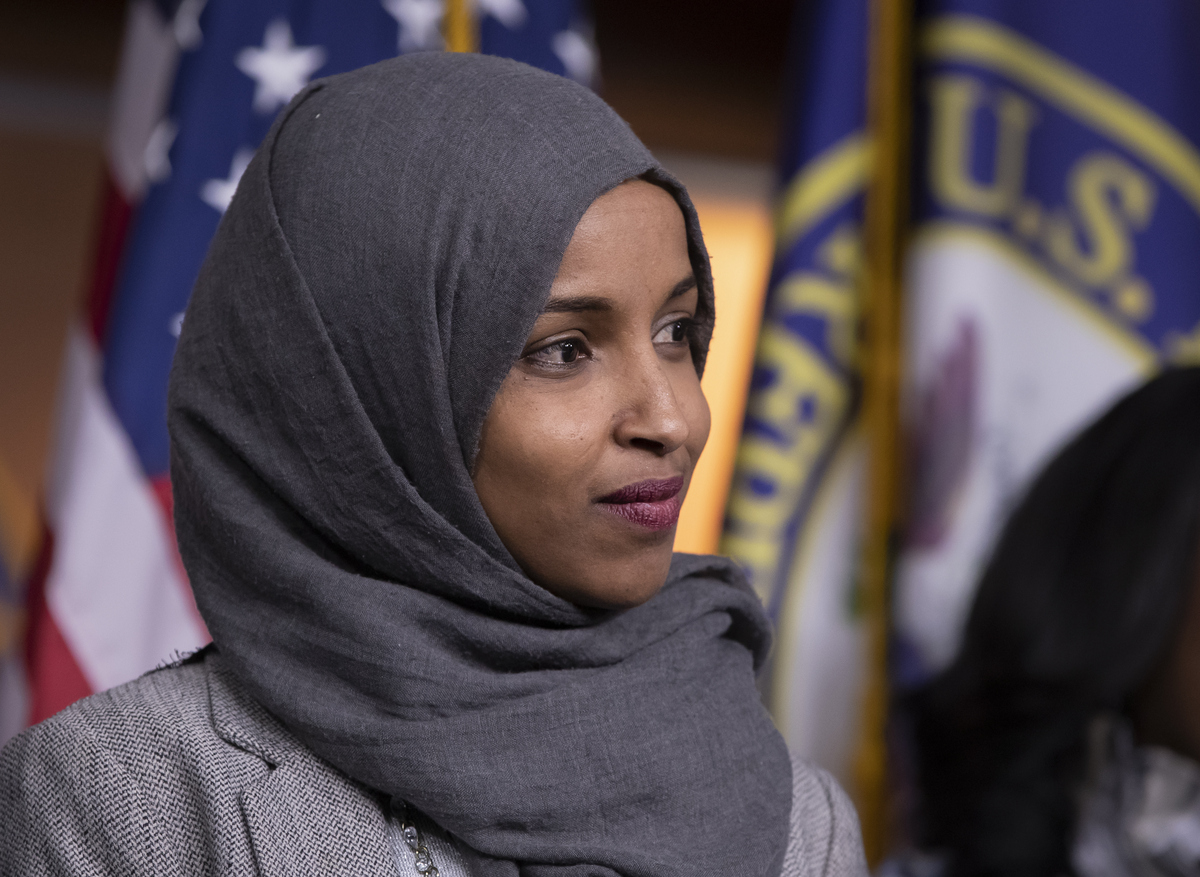 One of the two first Muslim women to serve in Congress has apologized for comments on social media widely condemned as anti-Semitic. Rep. Ilhan Omar, D-Minn., said she apologized "unequivocally" following a joint statement released by House Democratic leaders calling on her to do so.

"Anti-Semitism is real," Omar tweeted Monday afternoon, "and I am grateful for Jewish allies and colleagues who are educating me on the painful history of anti-Semitic tropes."

She added, "We have to always be willing to step back and think through criticism, just as I expect people to hear me when others attack me for my identity. This is why I unequivocally apologize."

Omar questioned the financial relationship between AIPAC, the powerful pro-Israel lobby, and members of Congress in tweets over the weekend. In her apology, Omar added that she still believes there is a "problematic role" for lobbyists, whether it's AIPAC or the NRA.

"We are and will always be strong supporters of Israel in Congress because we understand that our support is based on shared values and strategic interests. Legitimate criticism of Israel's policies is protected by the values of free speech and democratic debate that the United States and Israel share. But Congresswoman Omar's use of anti-Semitic tropes and prejudicial accusations about Israel's supporters is deeply offensive. We condemn these remarks and we call upon Congresswoman Omar to immediately apologize for these hurtful comments."

The leadership statement came after two Jewish House Democrats began circulating a letter Monday to their colleagues asking them to join in asking party leadership to condemn anti-Semitism citing "recent rhetoric from certain members within our Caucus."

The letter, by Reps. Josh Gottheimer of New Jersey and Elaine Luria of Virginia, does not name lawmakers but is clearly a reference to freshman Rep. Ilhan Omar, D-Minn., who is the target of recent criticism from both the left and the right for comments seen as both overtly and subtly anti-Semitic.

Meanwhile, Minority Leader Kevin McCarthy, R-Calif., said in a statement that the GOP will "take action this week to ensure the House speaks out against this hatred and stands with Israel and the Jewish people." McCarthy did not offer specifics, but Republicans are considering options that include trying to force a vote on a resolution led Rep. Lee Zeldin, R-N.Y., that condemns anti-Semitism broadly and specifically calls out Omar.

"We must speak out when any Member — Democrat or Republican — uses harmful tropes and stereotypes, levels accusations of dual loyalty, or makes reckless statements like those yesterday," the letter stated, a clear reference to Omar's tweets.

Omar is one of the two first Muslim women to serve in Congress; the other is fellow freshman Rep. Rashida Tlaib, D-Mich.

For weeks, congressional Republicans have criticized Omar's placement on the House Foreign Affairs Committee and both women for what the Republicans see as anti-Semitic rhetoric in their past, but the letter was the first official act by some of their own Democratic colleagues.

Another Democratic freshman lawmaker who is also Jewish, Max Rose of New York, criticized Omar for her tweets. "Congresswoman Omar's comments are deeply hurtful to Jews, including myself," he wrote. Other Democrats, including Chelsea Clinton, also tweeted criticism of Omar's rhetoric.

Separately the Anti-Defamation League, an outside group formed to fight hate speech and anti-Semitism, also weighed in before Omar's apology, citing a tweet where she suggested politicians were being influenced by donations from Jewish groups.

"As Americans and Jews, we expect our politicians to condemn bigotry, not to fuel it. Words matter. At a time when anti-Semitism is on the rise in the U.S. and abroad, Rep. Omar is promoting the ugly, anti-Semitic conspiracy theory that Jews have an outsized influence over politics," Jonathan A. Greenblatt, CEO and national director of the ADL, said in a written statement.