Accessibility links
Interview: Morgan Parker, Author Of 'Magical Negro' Morgan Parker's new poetry collection explores the ways African-American lives are affected by historical events, even though they may have happened decades or centuries ago. 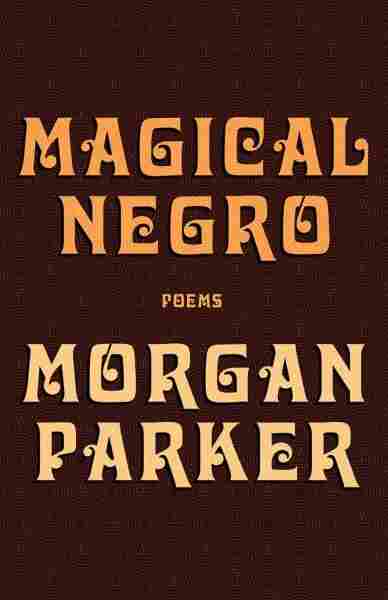 The Magical Negro: That's the trope in literature and movies where a black character appears in a plot solely to help a white character — and then vanishes.

Think Will Smith in The Legend of Bagger Vance or Michael Clarke Duncan in The Green Mile. In her new book of poems, called Magical Negro, Morgan Parker strives to reclaim the term.

"I really wanted to rethink that trope because you never get to know those characters and their interior lives or anything like that. They're there to serve a purpose," she says. "And I wanted to reimagine the black experience as having much more agency than that."

Parker's last collection was called There Are More Beautiful Things Than Beyoncé. And she told me that the idea of performance weaves its way through this collection as well.

"I'm talking about performance as in, you know, Beyoncé on a stage or Diana Ross in a photo shoot," she says. "But also the performance of everyday life — the ways that we perform for one another, for ourselves, the ways that our actions are analyzed or experienced as a performance — and really just play with that idea."

What privilege it is to be able to forget that you live in a particular body. That's a heavy way to walk through the world.

I think a lot about how we're born into an experience, into a stereotype. How there is already all these things written into one's body, and it makes it really superchallenging to then build an identity on top of that. I often say that we're not starting at zero. We're starting at -100. When we're born, our experience is half the time spent undoing these ideas that were placed onto our body since birth and then building a personal identity on top of that.

What privilege it is to be able to forget that you live in a particular body. That's a heavy way to walk through the world.

On talking about dating white men, in "Matt"

Matt is one man and also several men. ... I'm pointing at the similarities between them, and really the Matt character is one that doesn't seem dangerous, means well, but often that's not enough, to mean well. This kind of oblivious but sweet but almost too casual — and even, I've said this to white men, there's no way that I won't be thinking about the history of white men and black women. Even if that is not our particular relationship, that will always be in the back of my mind. The book, really, the whole of the book was an opportunity to really privilege the black female experience and not in terms of explaining it or, you know, teaching a lesson, but really just privileging our day-to-day feelings and experiences. What does that even look like, for me to consider only myself and the women who are like me?

On the revelations about Virginia politicians wearing blackface

You can't process every single harmful image. It's just impossible. And there's a way that you do have to sit with it and kind of let it roll off your shoulders, as it were. But for me, a lot of the writing process of this was exploring the repetition of that and how that piles on. And so I wanted to speak about what it feels like to continually turn on the TV and see yourself being killed. You know, really, that is the underlying feeling. And there's an impulse that folks have to say, "Well, this is just, obviously this is crazy, and this is just a bad guy." ... It's easy for folks to say, "Well, you weren't living in the '50s," but there is a way that we carry that. And it just feels so inevitable and inescapable. And I really wanted to point at that, the kind of way that we carry all of those experiences throughout history.

This piece was produced for radio by Jolie Myers and Kat Lonsdorf and adapted for the Web by Petra Mayer.