Accessibility links
After Explosive Sex Abuse Allegations, Southern Baptist Leaders Promise Reform "There can simply be no ambiguity about the church's responsibility to protect the abused and be a safe place for the vulnerable," wrote the president of the Southern Baptist Convention. 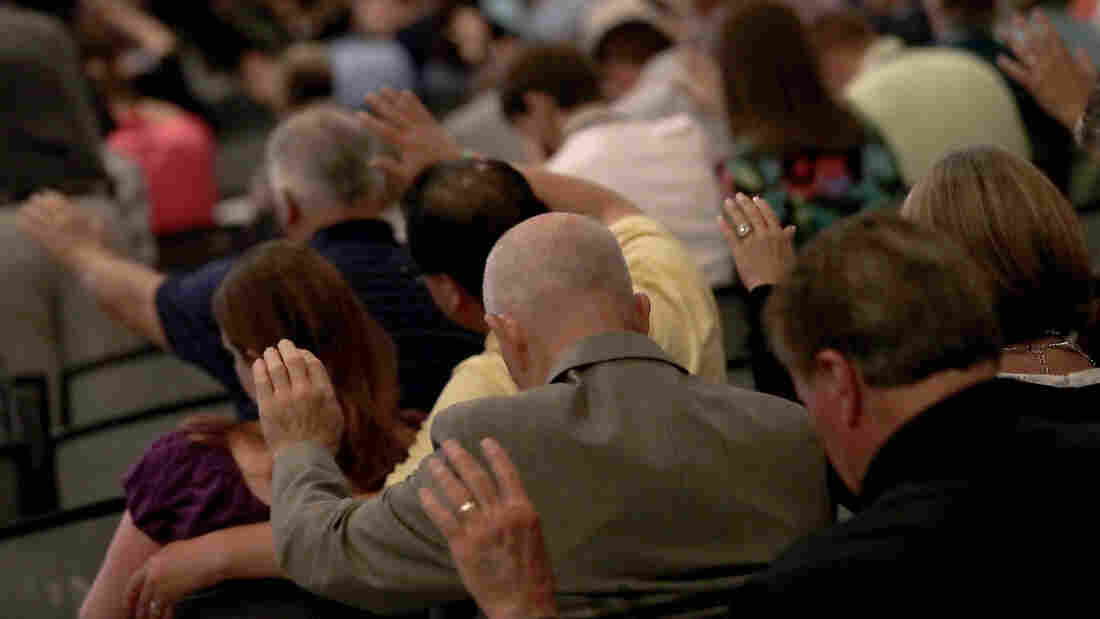 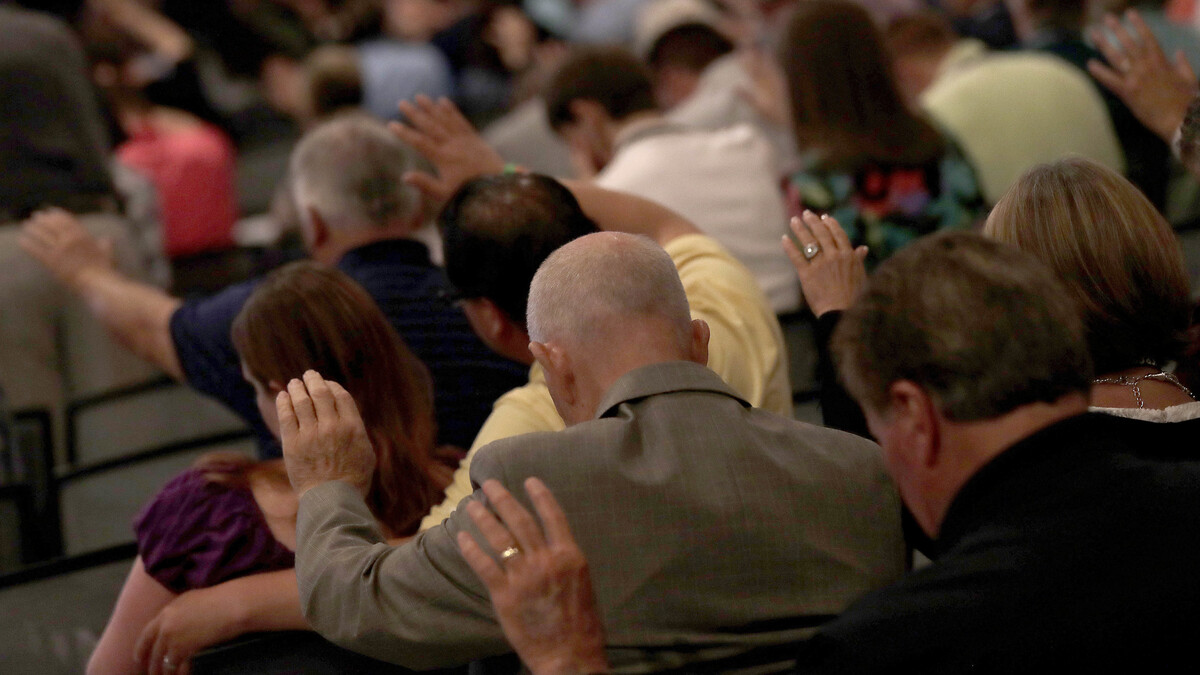 People pray during the Southern Baptist Convention annual meeting in Phoenix in 2017.

First came a report in two Texas newspapers that hundreds of Southern Baptist preachers and church workers over the past 20 years have been credibly accused of child sex abuse. Now, an explosive follow-up: Church leaders have failed in many cases to investigate the abuse claims and even allowed known offenders to move from congregation to congregation.

In reports published Tuesday, the Houston Chronicle and the San Antonio Express-News identified 35 Southern Baptist pastors, youth ministers and volunteers who were convicted of sex crimes or accused of sexual misconduct but were able to continue working in churches, with access to children and youth. In some cases, that led to repeated incidents of abuse in different church communities.

The newspaper reports have shaken the Southern Baptist world and prompted church leaders to promise reforms comparable to some now contemplated by Roman Catholic authorities.

"There can simply be no ambiguity about the church's responsibility to protect the abused and be a safe place for the vulnerable," wrote J.D. Greear, president of the Southern Baptist Convention, in a blog post Monday.

As happened in response to reports of abuse by Catholic clergy, victim advocates say that SBC leaders can no longer be trusted to investigate abuse allegations on their own.

"A child who comes forward and makes a disclosure against somebody in a leadership position almost doesn't stand a chance," says Boz Tchividjian, a former sex crimes prosecutor who now directs GRACE, an organization devoted to fighting child sex abuse in Christian circles. "The [church] power structure will circle the wagons around the one who's been accused, because they're seen as a representative of God. And how dare you destroy the career of God's representative?"

Tchividjian, a grandson of evangelist Billy Graham, says any evidence of abuse by a church worker should be investigated by criminal authorities rather than church officials.

Albert Mohler, president of the Southern Baptist Theological Seminary, argued in an essay published on his website that an independent third-party investigation is "the only credible avenue" for any church organization faced with a sex abuse allegation.

"No Christian body, church, or denomination can investigate itself on these terms," Mohler wrote, "because such an investigation requires a high level of thoroughness and trustworthiness. Only a third-party investigator can provide that kind of objective analysis."

According to the Texas newspaper reports, the Southern Baptist Convention has rejected efforts to establish a sex offender registry that local church authorities could consult to avoid hiring known predators.

One complicating factor is that Southern Baptist churches, unlike Catholic parishes, operate autonomously. Individual congregations are able to ordain and hire pastors on their own, and SBC authorities are powerless to force their churches to join efforts to track sex abusers from community to community.

In his website essay, Mohler suggested that similar action could be taken against any Southern Baptist church "that would willingly and knowingly harbor sexual abuse and sexual abusers."

"True, we have no bishops. But we have a priesthood of believers," wrote ERLC President Russell Moore in a post responding to the latest allegations. One of the study group's missions, Moore said, is "training churches to recognize sexual predation and deal with charges or suspicions when they emerge."

Such measures may not be sufficient for some victims of abusive church leaders, however.

Lori Anne Thompson, a survivor of sexual abuse both at home and in her church, has since avoided churches altogether, even though she still considers herself a devout Christian.

"When you are abused in a faith-based environment, that becomes a trigger," she says. "When a cleric sexualizes sacred things, they no longer nourish in the way they once did. They don't mean what they used to mean."

A previous version of this story misspelled Boz Tchividjian's last name as Tchvidjian.