Accessibility links
Trump Says He's Not 'Happy' With Budget Deal But Thinks Shutdown Unlikely Congressional negotiators are close to a budget deal, but it provides less than what the president wants for a border wall and limits the number of people immigration officials can detain. 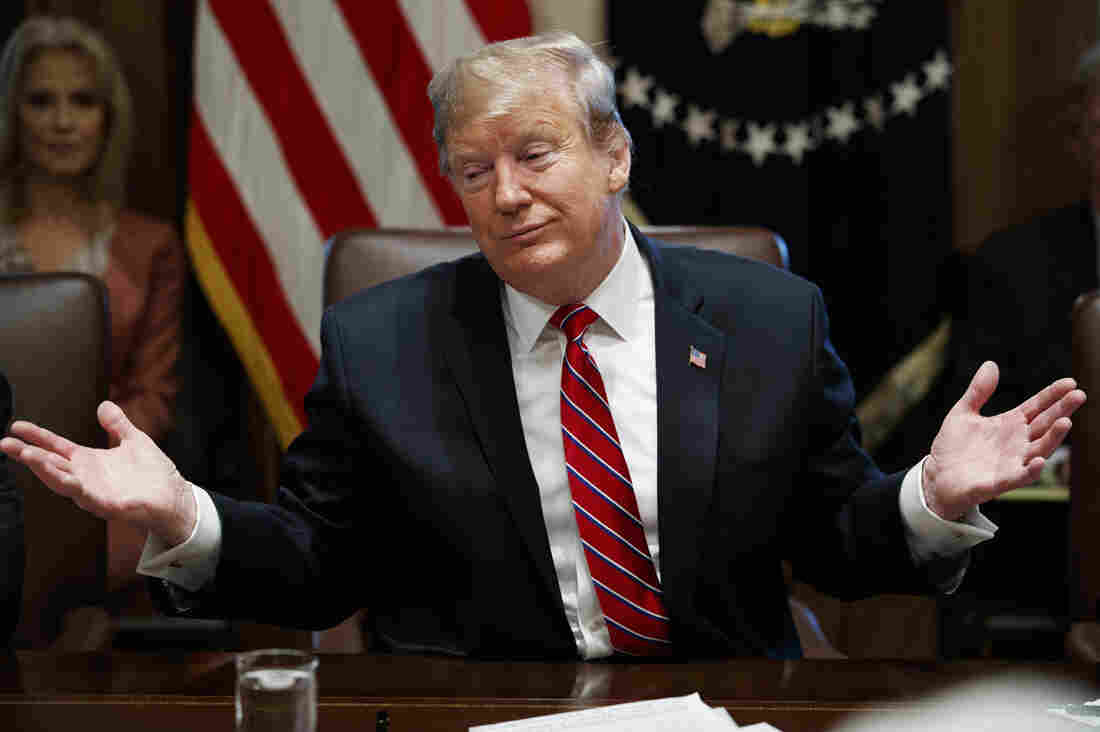 President Trump said he is not "happy" with a compromise budget deal being negotiated on Capitol Hill but said he doesn't think there will be another shutdown. Evan Vucci/AP hide caption 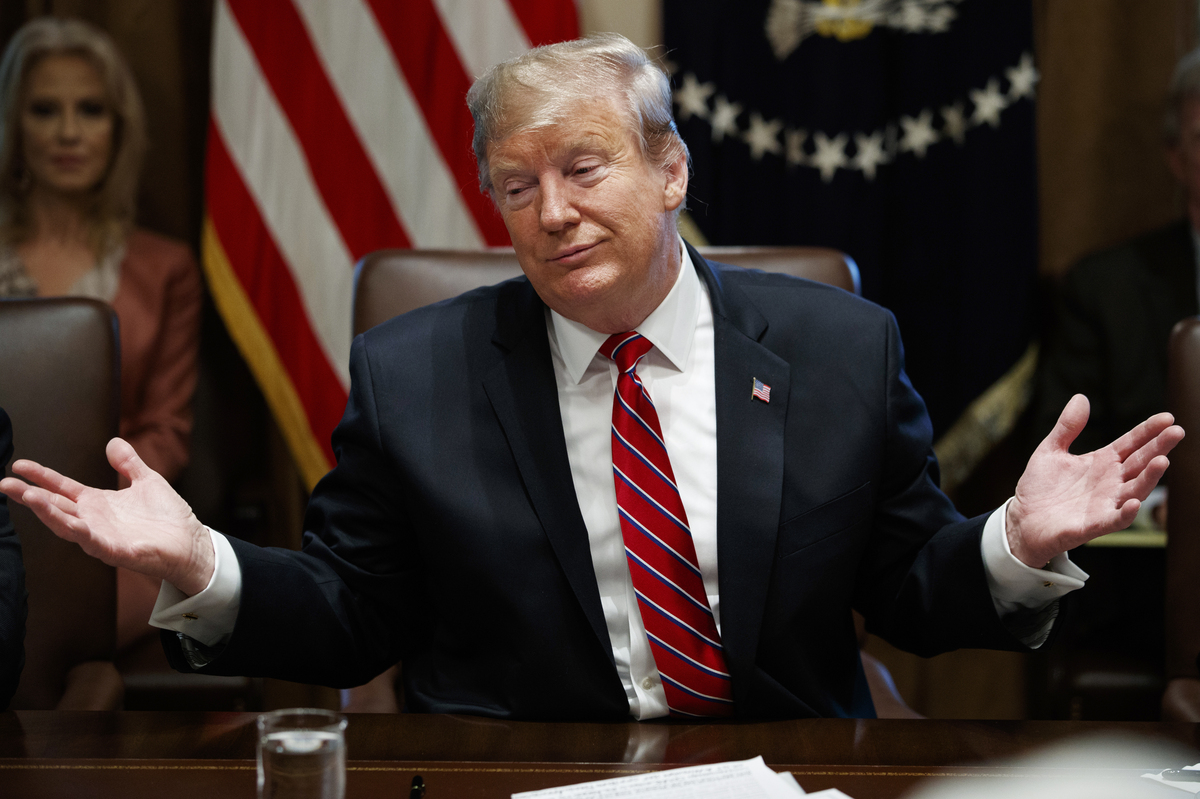 President Trump said he is not "happy" with a compromise budget deal being negotiated on Capitol Hill but said he doesn't think there will be another shutdown.

President Trump said on Tuesday that he's not "happy" with a potential budget deal being worked out by congressional negotiators but added that he doesn't think there will be another partial government shutdown.

"I have to study it," Trump told reporters during a Cabinet meeting at the White House. "I'm not happy about it. It's not doing the trick. ... Am I happy at first glance? I just got to see it. The answer is no, I'm not happy." He said that he would be "adding things to it."

He continued, "I don't think you're going to see a shutdown. ... If you did have it, it's the Democrats' fault."

Details of the deal are still being finalized, but broad outlines include nearly $1.4 billion for 55 miles of physical barriers at the border and a limit of about 40,000 detention beds at Immigration and Customs Enforcement facilities. Currently, ICE has capacity for just over 49,000 detentions.

The deal is a breakthrough after talks broke down during the weekend over the number of people ICE could detain, which is tied to the number of beds it is allowed. Democrats wanted an even lower cap on the number of beds, arguing that this would force ICE to focus on criminals and those who are truly violent.

"I think he's got a pretty good deal here," McConnell said. "I think he's done just fine, and I hope he'll conclude that, because he has to sign the bill."

Still, it remains unclear if Trump will accept the compromise, especially since ahead of the previous partial shutdown, on Dec. 22, Trump had seemed inclined to back a funding bill but then changed his mind amid blowback from conservatives. The amount for physical barriers, after all, does not come close to the amount the president has been demanding for a wall — $5.7 billion. The government will partially shut down again early Saturday if a deal is not reached.

McConnell hasn't asked Trump yet for a commitment to sign the bill, given that final details and text are still being worked out, but the Senate's leading Republican said, "If it becomes what we think it is, I do recommend he sign it."

Speaking at a campaign rally Monday night soon after news of the agreement broke, the president suggested the deal reached by lawmakers was not the end of the discussion about a border wall.

"We probably have some good news," Trump said, somewhat unenthusiastically, in El Paso, Texas, before adding, "I don't even want to hear about it. ... Just so you know, we're building the wall anyway."

Talking directly to his base at the rally, he said, "It was between the deal and you, and I had to choose you."

Many conservatives have decried the bill.

Rep. Jim Jordan, R-Ohio, of the conservative Freedom Caucus tweeted that it was a "bad deal."

While the President was giving a great speech in El Paso, Congress was putting together a bad deal on immigration.#DoWhatWeSaid

It's possible that Trump could sign the bill, then take executive action, declare a national emergency or somehow move funds around to continue building a wall.

"I'm considering everything," Trump said at the Cabinet meeting on Tuesday, not ruling in or out any option.

Trump noted that regardless of what happens with the budget deal, a Southern border wall will be built.

"It's all going to happen," Trump said. "We're going to build a big, beautiful, strong wall."

Asked about the president trying to use other authority, such as an emergency declaration, to spend additional money outside of the deal to build a barrier along the Southwest border, McConnell — who has urged Trump not to go that route — simply said that Trump "ought to feel free to use whatever tools he can legally use to enhance his effort to secure the border."

Senate Appropriations Committee Chairman Richard Shelby, R-Ala., one of the architects of the deal, called it a "down payment" for border barriers.

"Build the Wall" was a 2016 campaign theme on placards and was chanted at Trump rallies.

Signs that now say "Finish the Wall" are a fixture of his re-election rallies.