Accessibility links
McConnell Plans To Bring Green New Deal To Senate Vote The Senate majority leader wants to put the massive progressive climate change framework to a vote. Its Democratic sponsor is not pleased by the move from the top Senate Republican. 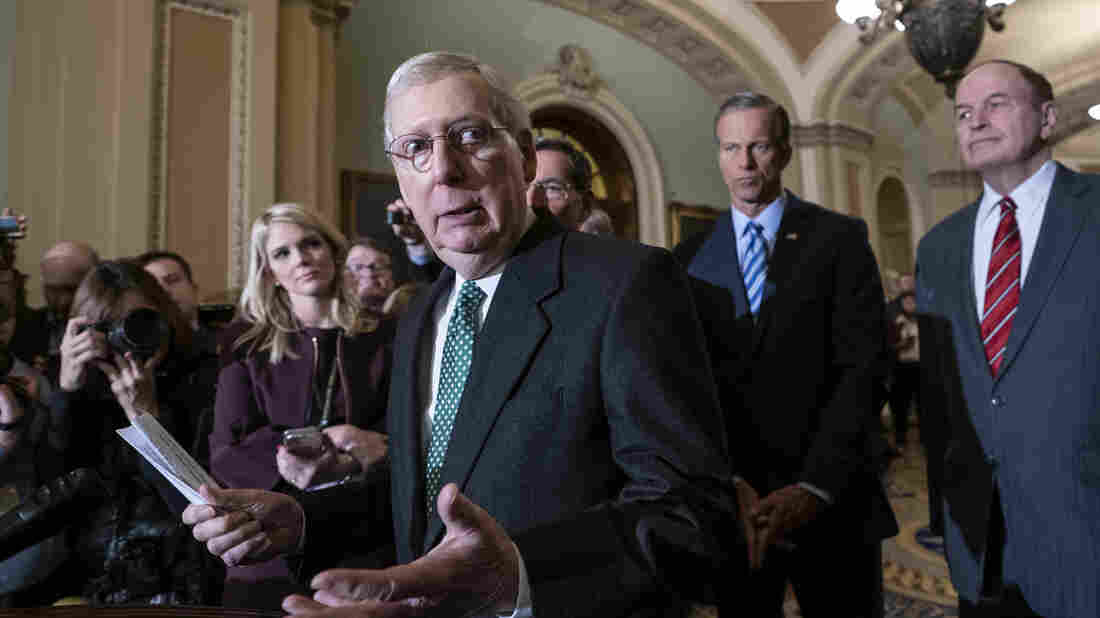 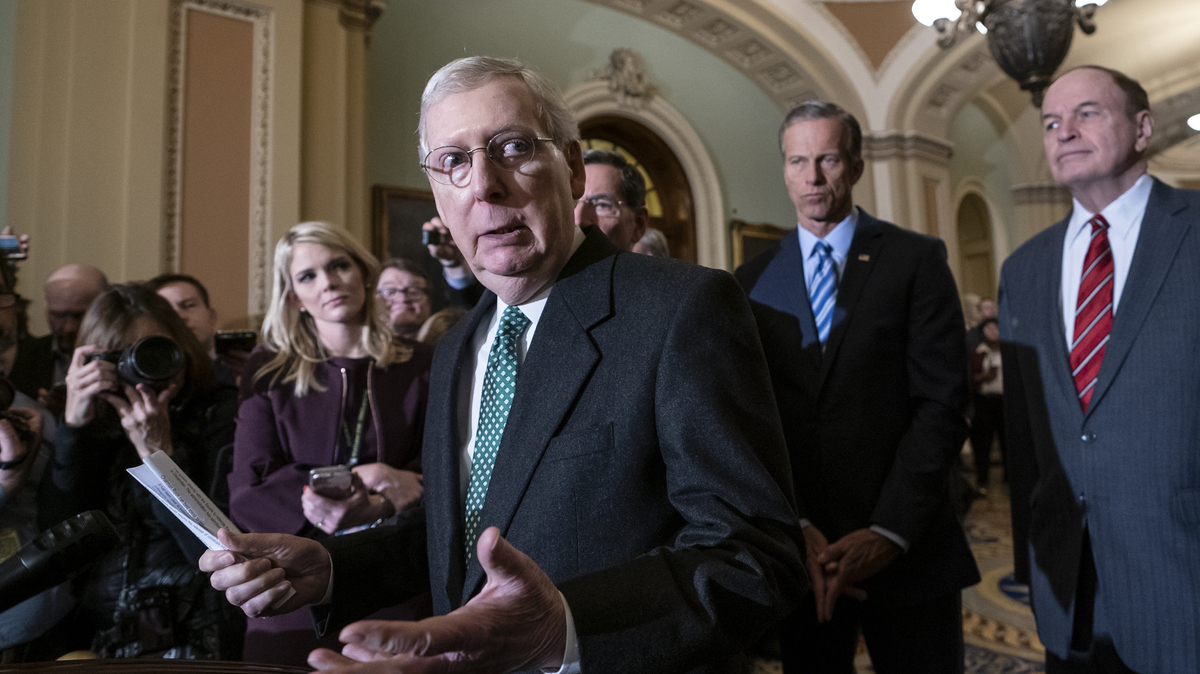 Senate Majority Leader Mitch McConnell, R-Ky., announced Tuesday that he wants the Senate to vote on a massive plan to fight climate change.

"I've noted with great interest the Green New Deal, and we're going to be voting on that in the Senate," McConnell said at a Senate Republican news conference. "I'll give everybody an opportunity to go on record and see how they feel about the Green New Deal."

It also immediately provoked controversy. While some environmental advocates applauded the plan's grand scope, experts said the plan's aim to get to net-zero carbon emissions in 10 years seemed unrealistic.

Critics also pounced on a blog post from Ocasio-Cortez's office — now taken down — that said the policy assures "economic security to all who are unable or unwilling to work."

In addition, the bill lays out some lofty goals that could require massive, difficult-to-administer new programs, like a job guarantee and a plan to upgrade every building in the country for energy efficiency.

McConnell's goal is not to help the bill pass. Putting it to a vote will force Democrats in the Senate to take a stand on the controversial framework.

Markey's office responded with a statement chastising McConnell for threatening to call a vote on the resolution "without committee hearings, expert testimony, or a true national debate."

"They have offered no plan to address this economic and national security threat and want to sabotage any effort that makes Big Oil and corporate polluters pay," Markey said.

Broadly speaking, Democrats do support action on climate change — two-thirds say it "should be a top priority for Trump and Congress this year" — but the question is whether they will support the Green New Deal as they learn more about it.

Having a vote on what may be a polarizing issue among voters may force lawmakers to choose between appeasing moderates and their liberal base — among them, many progressive activists who supported the concept of a Green New Deal long before the bill was released.

The resolution has amassed significant but by no means widespread support on Capitol Hill — there are 67 co-sponsors in the House and 11 in the Senate, including several current or potential presidential contenders: Bernie Sanders, Kirsten Gillibrand, Elizabeth Warren, Cory Booker and Amy Klobuchar.

Republicans showed on Tuesday that they are ready to use the resolution as a political weapon against those Democrats.

However, plenty of Democrats still aren't sold on the bill — among them, House Speaker Nancy Pelosi, D-Calif. She has opted to frame it as one of potentially many anti-climate-change proposals.

"We welcome the enthusiasm that is there," she said in a news conference last week, later adding, "I'm very excited about it all, and I welcome the Green New Deal and any other proposals that people have out there."

The Senate vote is not yet scheduled, and a spokesman for McConnell said that the Republican leader's office doesn't expect it to come this week.