Accessibility links
Aspirations Come Up Against Economic Hardship In 'Sounds Like Titanic' In Jessica Chiccehitto Hindman's debut, she doesn't shrink from the systemic issues of an unfair economic system, but her personal story, with its unexpected twists, makes this memoir memorable.

Aspirations Come Up Against Economic Hardship In 'Sounds Like Titanic'

Aspirations Come Up Against Economic Hardship In 'Sounds Like Titanic' 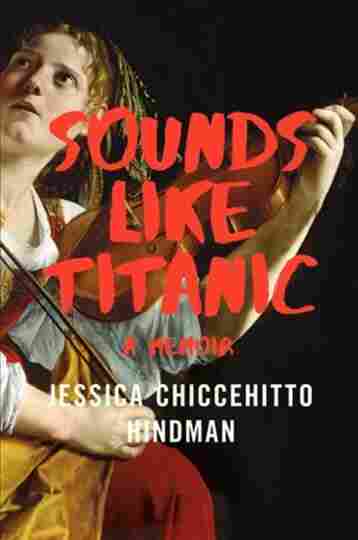 Sounds Like Titanic, Jessica Chiccehitto Hindman's debut, is a memoir with bite.

From the Appalachian student desperate to support herself at Columbia, to the panic (sounds like Titanic) such anxiety triggers, to her travels with a con man, Hindman's story enthralls.

She narrates in second person — "I become 'you,' and in faking you, I am finally able to say what I want to say" — and profiles the challenges of the 99 percent with humor, sarcasm, and wit.

The daughter of a family physician and a social worker, Hindman spends her early childhood in rural West Virginia. She insists on studying violin, although the nearest teacher is a two-hour drive over the mountains. She practices long hours and excels at school. Her Jewish, bi-racial high school boyfriend opens her eyes to the Northeast.

Although her parents can't afford it, Hindman moves to New York for college. She struggles to acclimate — "clueless about everything from city life to hip-hop music to the canon of Western literature." But her struggle to support herself supersedes all.

She answers an ad for a lucrative job, donating her eggs.

"After you inject yourself with hormones — a small needle in the top of your thigh and a large needle in the side of your butt cheek, each shot given twice per day — you drop the spent syringes into an empty Sunny Delight bottle so they won't stab the dormitory janitors. Your freshman roommate, Ariel, eyes the syringe-filled bottle, along with the black and blue bruises ballooning on your body, with increasing alarm and disgust."

Finally, she lands the dream weekend job — working for an unnamed "Composer," playing violin in an orchestra that brings popular music to thousands. The show is a fraud.

"The audience hears the soaring sound of a pennywhistle — a recorder-like flute that produces the high-pitched wail made famous by Céline Dion's ballad "My Heart Will Go On" from the film Titanic. The audience also hears the sounds of the violins and the piano. But no one except the three musicians can see The Composer press the Play button on a portable Sony CD player he bought that morning at a Walmart for $14.95."

The shadowy Composer isn't the only deception Hindman encounters. She travels to Cairo to study abroad. She's there on Sept. 11, 2001, spurring her to study Arabic and major in Middle Eastern studies. But upon graduating, she can't get work as a Middle East war correspondent because Americans don't give a hoot about that part of the world. An internship at The New York Times turns out to be for a company that makes ad inserts. Work to develop an MTV show turns out to be a job exploiting pregnant teens.

Post-graduation and unemployed, Hindman signs with The Composer for a national tour, "playing" before adoring crowds, appearing on PBS, traveling in a misery-inducing RV with a questionable driver. Vastly different geographies meld together from the sameness of corporate food and chain hotels. Reality recedes, and Hindman becomes increasingly dissociated from herself. She develops severe panic attacks that make her fear wetting herself on stage. Eventually she ends up in psychotherapy, her collapse clearly catastrophic, if not the centerpiece of the book.

It is Hindman's employment with The Composer that centers the book, while she crams in drama from the rest of her life as if she were stuffing batting in a pillow. She shows us what it takes to become a fully realized adult — or at least this fully realized adult.

J.D. Vance's Hillbilly Elegy and Sarah Smarsh's Heartland present two views of America's rural-urban divide. Sounds Like Titanic captivates us with a third: a girl who grows up in an educated family in Appalachia, whose aspirations thrust her into a battle to support herself, but really enlist her in a war against a deeply unfair economic system. Hindman doesn't shrink from the big, systemic picture, but her fascinating personal story, with its unexpected twists, puts the memorable into this memoir.

Ultimately, Hindman diagnoses her problem: "your utter desperation to succeed, your need to be loved by your superiors, no matter how ridiculous or ill- advised or fraudulent the thing was that they were asking you to do." Her closing message is both personal and universal: If you pick yourself up after every disappointment, shame, illness, and obstacle; and don't drown in pursuit of The Money, you'll land on your feet to sing about it.