Accessibility links
Butterflies Vs. Border Wall: National Butterfly Center Seeks Restraining Order The center says government officials have already cut down trees on its private property in anticipation of a border wall. The planned wall would split its property in two. 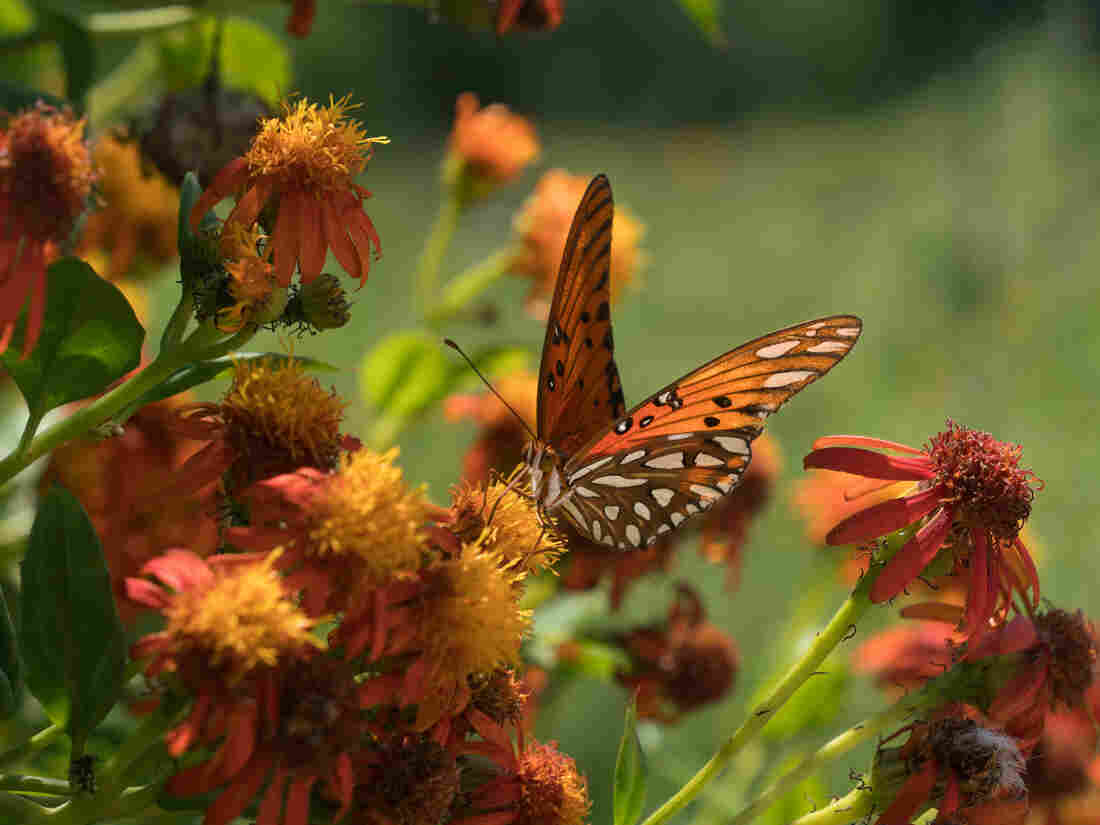 A Gulf fritillary butterfly perches on a flower at the National Butterfly Center, which is home to several endangered plants and threatened animals. The center is asking a federal judge to block government officials from building a border wall on its property. Claire Harbage/NPR hide caption 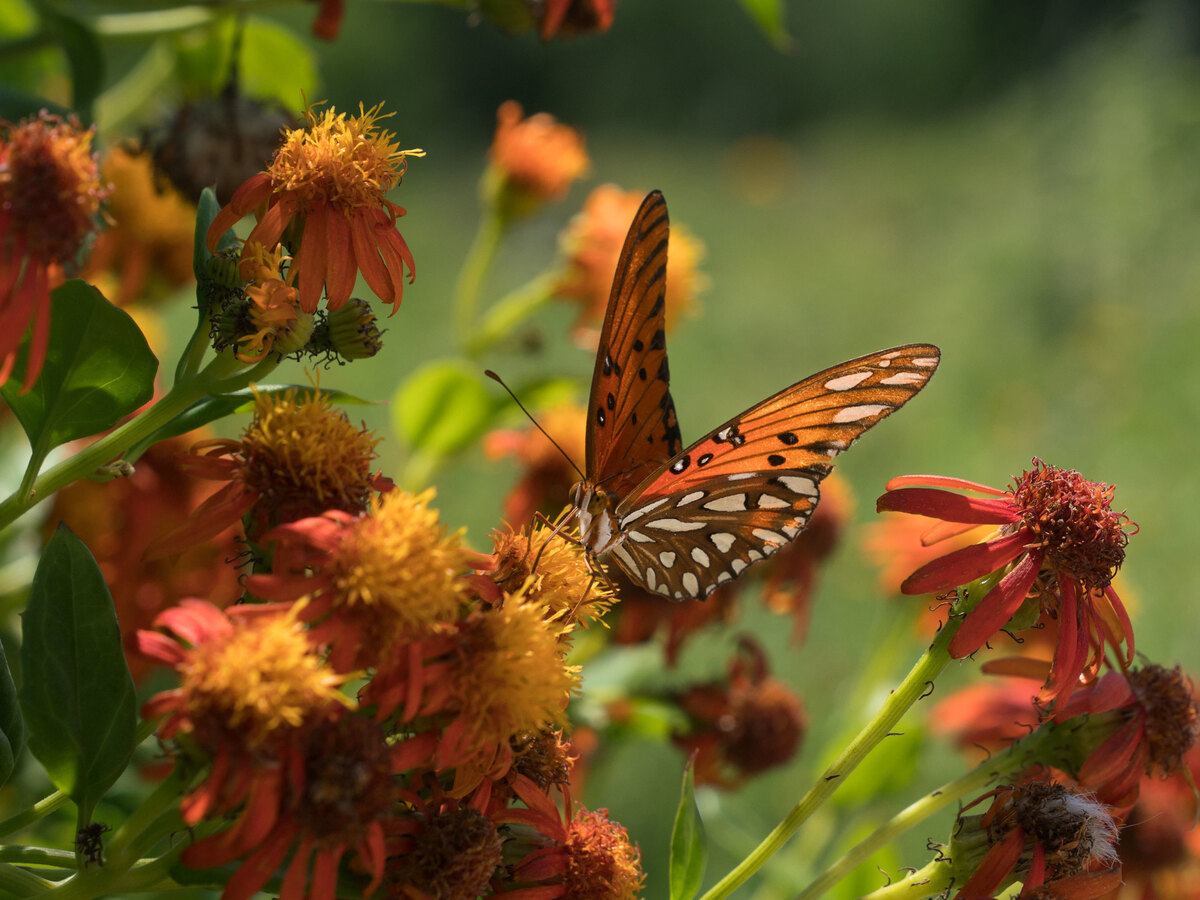 A Gulf fritillary butterfly perches on a flower at the National Butterfly Center, which is home to several endangered plants and threatened animals. The center is asking a federal judge to block government officials from building a border wall on its property.

The National Butterfly Center, in danger of losing access to most of its wildlife nature preserve along the Rio Grande, is asking a court to stop federal officials from building a border wall across its land.

The North American Butterfly Association first sued more than a year ago after government officials allegedly cut down trees and cleared brush on its Texas property. The planned wall would cut the 100-acre property in two, with as much as 70 percent of the land inaccessible between the wall and the Rio Grande, Butterfly Center Executive Director Marianna Trevino Wright has told NPR.

Trevino Wright told CNN last week that the case had been "languishing" in the court since then and that she was exploring further legal action. This week, she asked the court to stop the government from bringing heavy machinery onto its land, until the court can rule on its original 2017 request.

It's the latest court challenge brought by environmental groups that lament the damage caused by construction of barriers between U.S. and Mexico. On Monday, a federal court ruled that the Trump administration has broad authority to waive environmental laws in the name of border security. The Department of Homeland Security has already said it will waive regulations to build along the Rio Grande.

As border wall construction begins on land next to the butterfly center, the Trump administration's "constitutional violations are escalating," NABA wrote, alleging its property was being destroyed in violation of the Fourth and Fifth amendments to the U.S. Constitution. NABA says government officials have installed cameras on its private property and have "engaged in harassment" of Butterfly Center staff and visitors since the summer of 2017.

Butterfly Preserve On The Border Threatened By Trump's Wall

"People have been talking about butterflies versus border security, but this case is about so much more than that," Trevino Wright said in a statement. "It is about constitutional protections, the right to due process, the illegal waiver of laws duly enacted by Congress, and the lawlessness of the federal government's actions."

"Imagine going home to your house one day and finding people cutting down your trees, knocking down your fence and destroying your yard," Trevino Wright told NPR last year.

The butterfly center has set up a GoFundMe page to help with its legal defense costs. So far, it has raised nearly $90,000.

"The issue is not whether butterflies can fly over a wall, but whether private property (farms, businesses, homes) should be seized and destroyed for a project that does not serve the greater good or enhance national security," the center wrote. The wall essentially "pushes the boundaries of Mexico north of the Rio Grande and makes America smaller," it said.