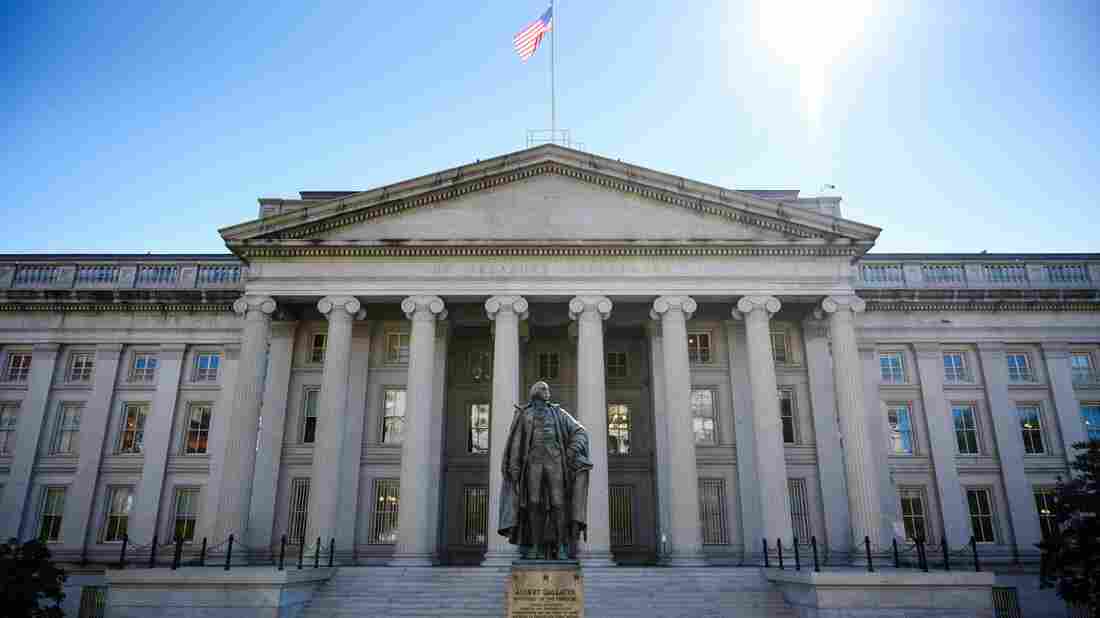 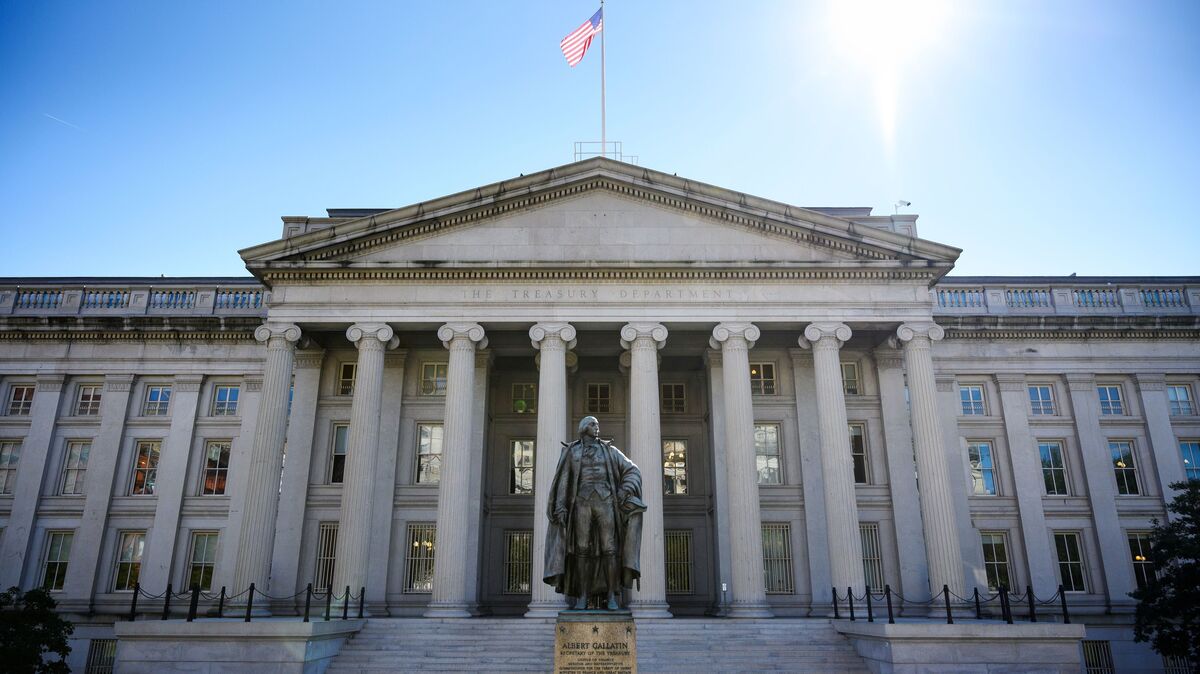 The Treasury Department data comes as tax revenue has fallen and federal spending continues to rise.

The U.S. government's public debt is now more than $22 trillion — the highest it has ever been. The Treasury Department data comes as tax revenue has fallen and federal spending continues to rise. The new debt level reflects a rise of more than $2 trillion from the day President Trump took office in 2017.

Despite being in the second-longest economic expansion since the post–World War II boom, the U.S. is projected to rack up annual deficits and incur national debt at rates not seen since the 1940s, according to the Congressional Budget Office.

Over the next 10 years, annual federal deficits — when Congress spends more than it takes in through tax revenues — are expected to average $1.2 trillion, which would be 4.4 percent of gross domestic product. That's far higher than the 2.9 percent of GDP that has been the average for the past 50 years.

"Other than the period immediately after World War II, the only other time the average deficit has been so large over so many years was after the 2007–2009 recession," the CBO said last month.

Annual deficits and the national debt rose to new heights under the Obama administration, and the trend has continued under President Trump.

As a share of the U.S. economy, the national debt stood at 78 percent of GDP in 2018. But the CBO says it will rise to 93 percent by the end of 2029. Again, those numbers put the ratio at levels not seen since just after World War II.

"By 2029, debt is estimated to reach $28.7 trillion," the CBO said in January, referring to federal debt held by the public — a figure that doesn't include the billions of dollars that the government owes to itself. In recent years, those intragovernmental holdings have hovered well above $5.5 trillion.

"This milestone is another sad reminder of the inexcusable tab our nation's leaders continue to run up and will leave for the next generation," reads a joint statement from former GOP Sen. Judd Gregg and former Democratic Gov. Ed Rendell, the co-chairmen of the nonpartisan group Campaign to Fix the Debt.

Calling on Congress to cut into the national debt, Gregg and Rendell said, "The fiscal recklessness over past years has been shocking, with few willing to step up with a real plan. We need responsible leadership to fix the debt, not a worsening of partisanship."

The U.S. hit the new height despite Trump's promises on the campaign trail that he would reduce America's debt load. Almost exactly four years ago, he said that if the national debt topped $21 trillion by the end of President Obama's term in office, "Obama will have effectively bankrupted our country."

The national debt nearly doubled under Obama: It was $10.6 trillion when he took office and was nearly $20 trillion when he left. The rise has been blamed on factors from the Great Recession to wars in Iraq and Afghanistan and rising costs of Social Security and Medicare. Many of those pressures still exist.

Trump has long said that he knows how to solve America's debt problem. As he said in 2015, "When you have $18-$19 trillion in debt, they need someone like me to straighten it out."

"@FoxNews: @realDonaldTrump: “When you have $18-$19 trillion in debt, they need someone like me to straighten it out" pic.twitter.com/hTUJ35ja0Q

On Jan. 20, 2017, the total amount of outstanding public debt was $19.9 trillion. On Monday, it surpassed $22 trillion. That's despite Trump saying in August that new tariffs on imported goods would let the U.S. "start paying down large amounts" of the national debt.

"The president is very much aware of the realities presented by our national debt," White House budget director Mick Mulvaney said last October, when the government said the federal deficit had ballooned to $779 billion in the most recent fiscal year.

Mulvaney said the deficits would be offset by gains in economic growth; he also called on Congress to rein in what he called "irresponsible and unnecessary spending."

The new data comes as Washington copes with the fallout of the longest government shutdown in U.S. history — and tries to avoid another shutdown by reaching a deal on Trump's demands for a wall along the U.S. Southern border.

The U.S. is entering new debt levels more than a year after Trump signed a $1.5 trillion tax cut that decreased the top corporate tax rate from 35 percent to 21 percent. The legislation also gave most U.S. taxpayers at least a small break, although the largest benefits went to the wealthiest Americans.

Republicans in Congress and the White House had predicted their late 2017 tax cut would boost economic growth and help create jobs. While the cut prompted the CBO to raise its GDP and job growth projections, as NPR's Susan Davis has reported, "GDP growth is forecast to slow down after 2020, in part because all of this economic stimulus is likely to drive up interest rates."

The CBO predicts federal spending will rise from 20.8 percent of GDP in 2019 to 23 percent in 2029, with programs such as Social Security and Medicare expected to spend more to cope with an aging population and rising health care costs.

"The deficit typically grows during recessions — when tax receipts shrink and demand for food stamps and other government assistance rises — then falls during good times. The current spike in the deficit at a time of strong economic growth and low unemployment represents a break with that historical pattern."