Accessibility links
Lufthansa Airlines Sues Customer Who Skipped Part Of His Return Flight The Lufthansa passenger paid around $741 to fly business class from Oslo to Seattle and back. But on his return trip, he got off in Germany — and the airline wants him to pay more than $2,000. 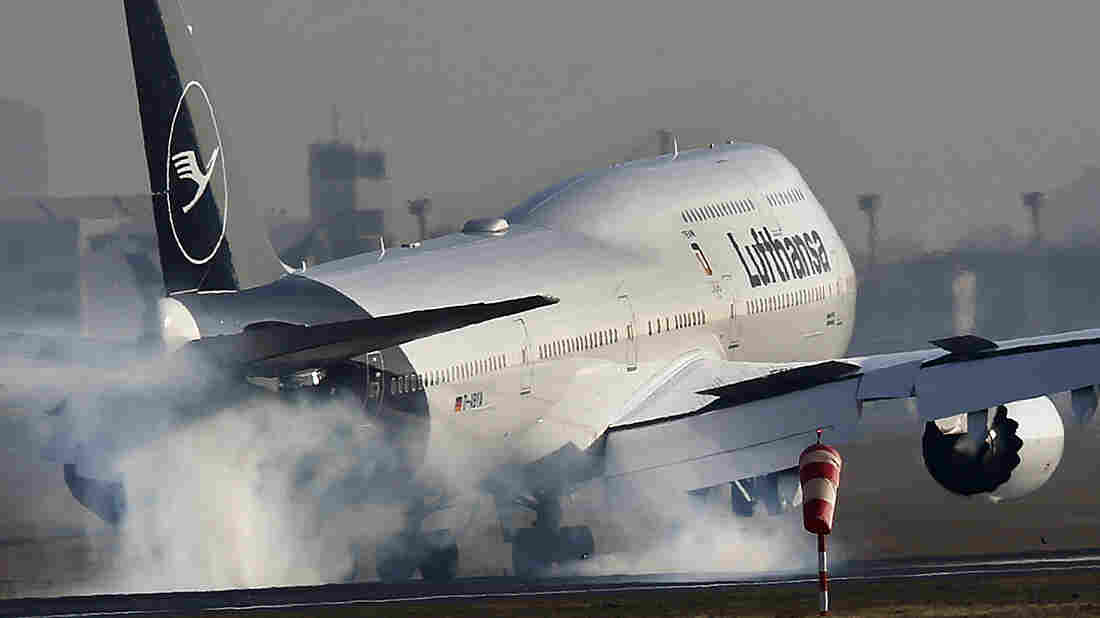 Germany's Lufthansa airline hopes to put the brakes on the practice of "hidden city" ticketing, saying a passenger owes it more than $2,000 because he didn't use part of his round-trip route. Michael Probst/AP hide caption 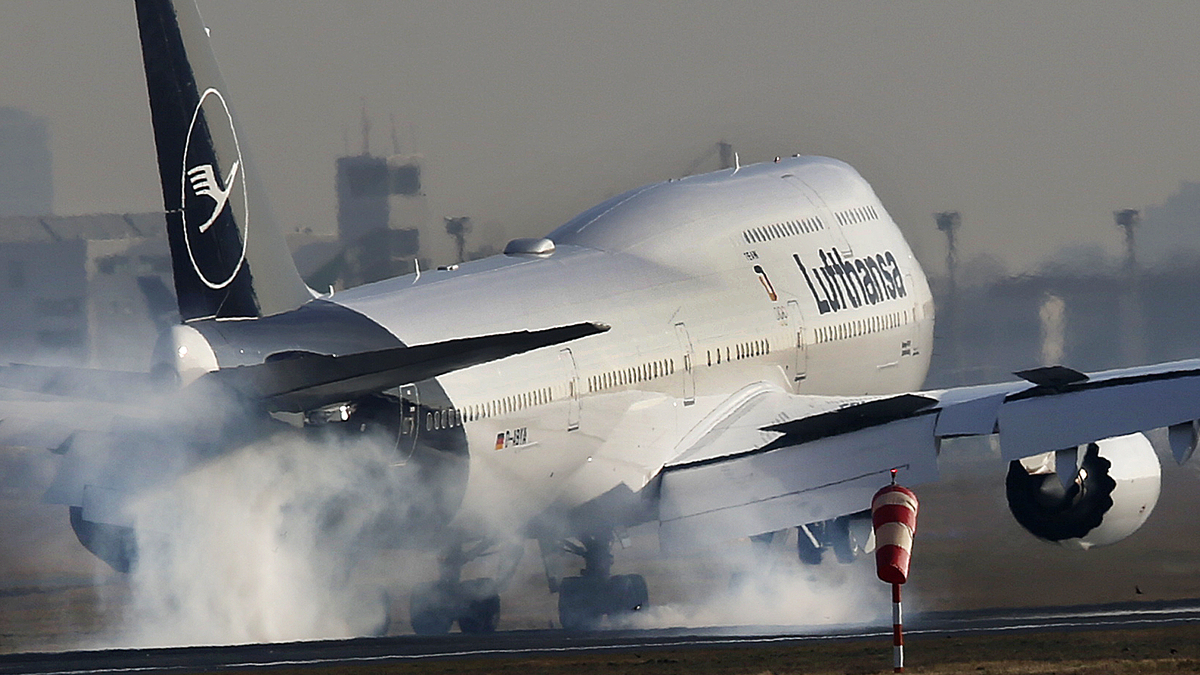 Germany's Lufthansa airline hopes to put the brakes on the practice of "hidden city" ticketing, saying a passenger owes it more than $2,000 because he didn't use part of his round-trip route.

Germany's Lufthansa Group Airlines is suing a passenger who found a cheap way to travel between several cities in Europe and the U.S., saying the customer broke its rules when he skipped part of his return flight on a round-trip ticket from Oslo to Seattle. Now it wants him to pay more than $2,000 to make up the difference.

The man used a method to book his multistop trip that's known as "hidden city" ticketing — where travelers find layover cities on an airliner's route that are cheaper than a direct flight from one city to another.

For example, someone hoping to travel from New York to Dallas might look for cheaper flights to Los Angeles that also stop in that city — and simply disembark there, rather than fly the full route to LAX.

The Lufthansa passenger paid 657 euros ($741, at today's rate) to fly business class from Oslo to Seattle and back, with layovers in Frankfurt. He booked his flight on April 8, 2016, and traveled early the next month. But instead of making the entire trip, he got off his return flight in Frankfurt. From there, he flew to Berlin on a separate Lufthansa ticket.

According to court documents, Lufthansa says the trip the customer took should have cost 2,769 euros — and it wants a German court to order him to pay the difference between that price and his paid fare. It's seeking 2,112 euros ($2,381) — plus interest.

The defendant asked the court to dismiss the airline's request, saying the airline's terms and conditions don't apply to his actions — and that Lufthansa's request to recalculate the fare was incomprehensible.

The court ruled that Lufthansa's contract terms lack transparency and can't be used to recalculate airfare in a case such as this. By contrast, the court said, the airline's method of calculating its initial price is "completely intransparent."

A Berlin district court dismissed Lufthansa's case in December. But as CNN reports, Lufthansa is still pursuing the case and has confirmed that it will file an appeal.

"Hidden city" ticketing was popularized by the airfare site Skiplagged — which promises to help people find tickets that are up to 80 percent less expensive than the prices elsewhere.

The site, which was founded by Aktarer Zaman, was sued by both United Airlines and Orbitz. The companies had alleged unfair competition and misleading business practices. But Orbitz later settled its case with the site, and a judge dismissed United's portion of the suit in 2015 — mostly because the case was filed in Illinois and Skiplagged is based in New York.

The Skyscanner aviation site says there are numerous drawbacks to booking "hidden city" flights, ranging from the inability to check baggage to possibly delaying flights if an aircraft waits on passengers who have simply left midroute. It also skews the market for those final-leg flights, critics say, driving prices up and leaving seats empty.

In addition, the practice could bring legal trouble, Skyscanner says, adding, "Even more likely, if you do this regularly, some airlines will kick you out of their rewards program."