Accessibility links
Denver Teachers Reach Tentative Deal To End Strike "This agreement is a win, plain and simple: for our students; for our educators; and for our communities," said Denver Classroom Teachers Association President Henry Roman. 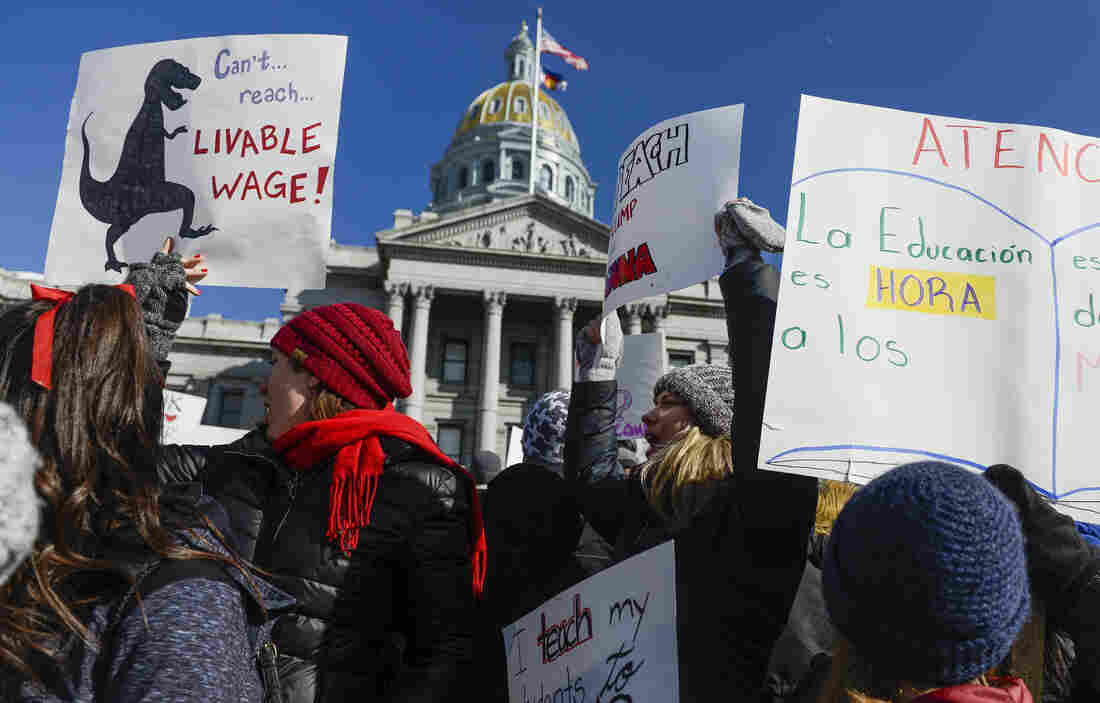 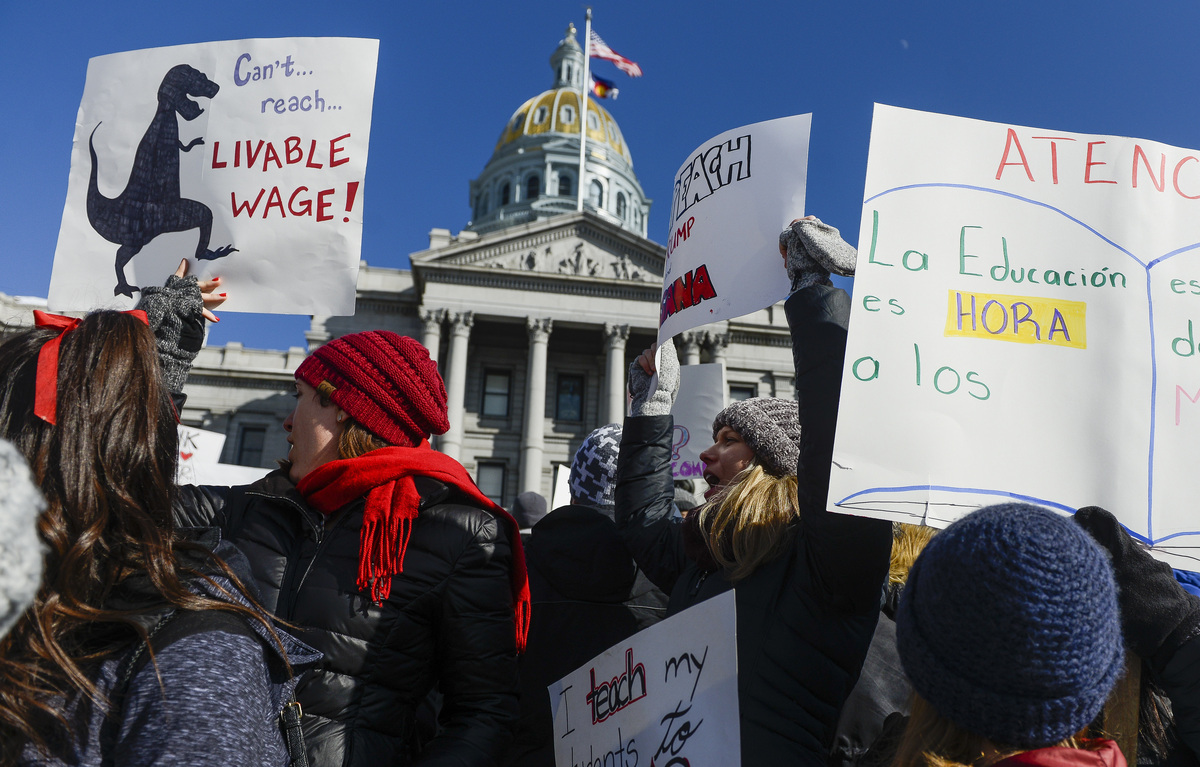 Teachers from Castro Elementary School cheer at a rally at the Colorado State Capitol on Monday.

After a long night of bargaining, teachers in Denver who were on strike over wages and bonuses have reached a tentative agreement with school district officials to end their walkout. The strike began Monday, after 15 months of negotiations ended without a deal.

The teachers are expected to be back in most classes today.

The agreement came after more than half of the district's approximately 4,700 teachers failed to report to classrooms on Wednesday. Administrators and substitute teachers kept most schools open, but some 5,000 preschoolers saw classes cancelled.

"This agreement is a win, plain and simple: for our students; for our educators; and for our communities," Denver Classroom Teachers Association President Henry Roman, an elementary school teacher, said in a statement.

"No longer will our students see their education disrupted because their teachers cannot afford to stay in their classrooms," he said.

Roman says the agreement ensures that educators have a transparent salary schedule and will be less dependent on unpredictable bonuses.

The agreement includes a 20-step salary schedule, clear increases of between 7 percent and 11 percent in base salary, cost of living increases and "an end to exorbitant five-figure bonuses for senior DPS administrators," the teachers association said.

"All week, the nation has looked to Denver with hopeful hearts," Lily Eskelsen García, president of the National Education Association, said. "We are so proud of Denver's educators and this historic agreement that will provide greater opportunity for Denver students and stability for their schools."

To take effect, the tentative agreement must be ratified by a majority of members of the teachers association.

The week's strike is the first for Denver teachers in 25 years. It follows a slew of walkouts in West Virginia, Oklahoma, Arizona, North Carolina last spring and a January strike in Los Angeles.

With 91,000 students, Denver is home to Colorado's largest school district.

At the core of the dispute was the teachers' demands for a hike in base salaries and a lowering of bonuses paid as incentives. The teachers argued that lower bonuses would free up funds for an increase in base-pay.

Both Sides Continue To Negotiate In Denver Teacher Strike

Both Sides Continue To Negotiate In Denver Teacher Strike

Denver Public Schools administrators had insisted that the bonuses, which range from $1,500 to $3,000 a year, were key to getting good teachers in underperforming schools with impoverished students. DPS Superintendent Susan Cordova said the bonus system was a top priority.

The teachers association accepted a $3,000 retention bonus for high priority schools, so long as a study could examine its usefulness, and $2,000 incentive for schools with staffing challenges, Colorado Public Radio reports.

Denver Public Schools said it would add $23 million more into base salary, falling short of the union's request for $28.5 million.

"People call it burnout, but that's not the right word," teacher John Haycraft said to CPR's Jenny Brundin as the strike was underway. "I haven't burned out. I've been demoralized."