Accessibility links
Gov. Northam Wants To Address Racism In Virginia, But Some Say It's Too Late In Virginia, there seems to be a growing difference of opinion between young and older black leaders concerning whether Gov. Ralph Northam should resign. 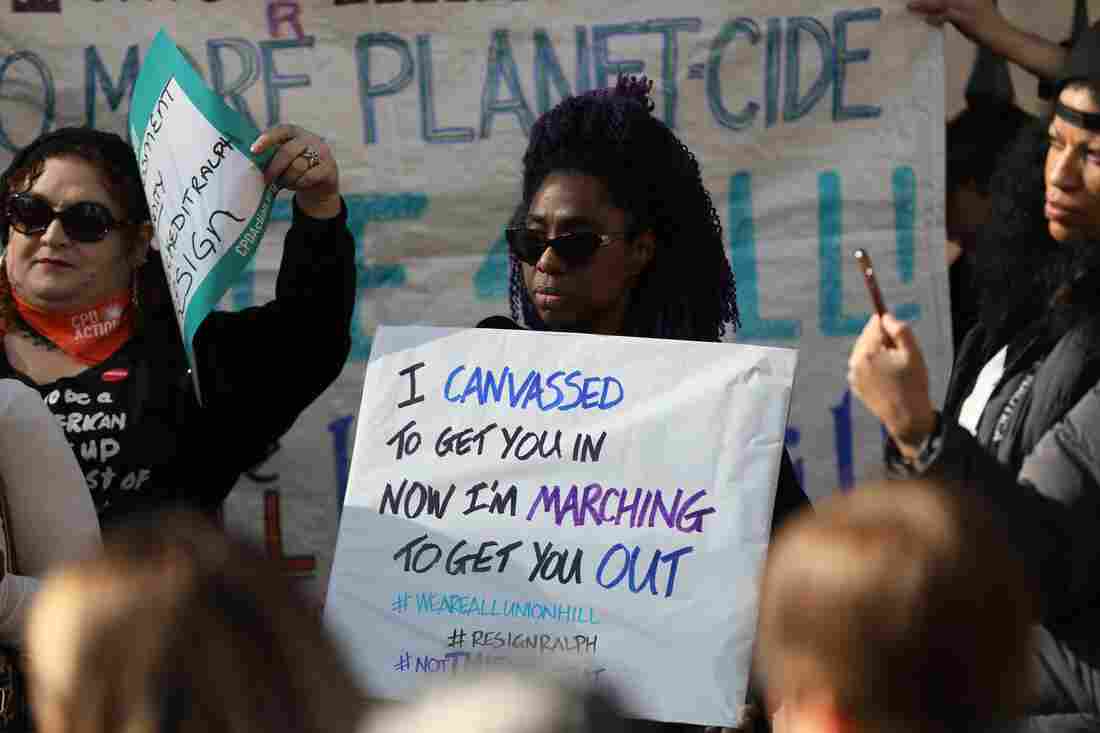 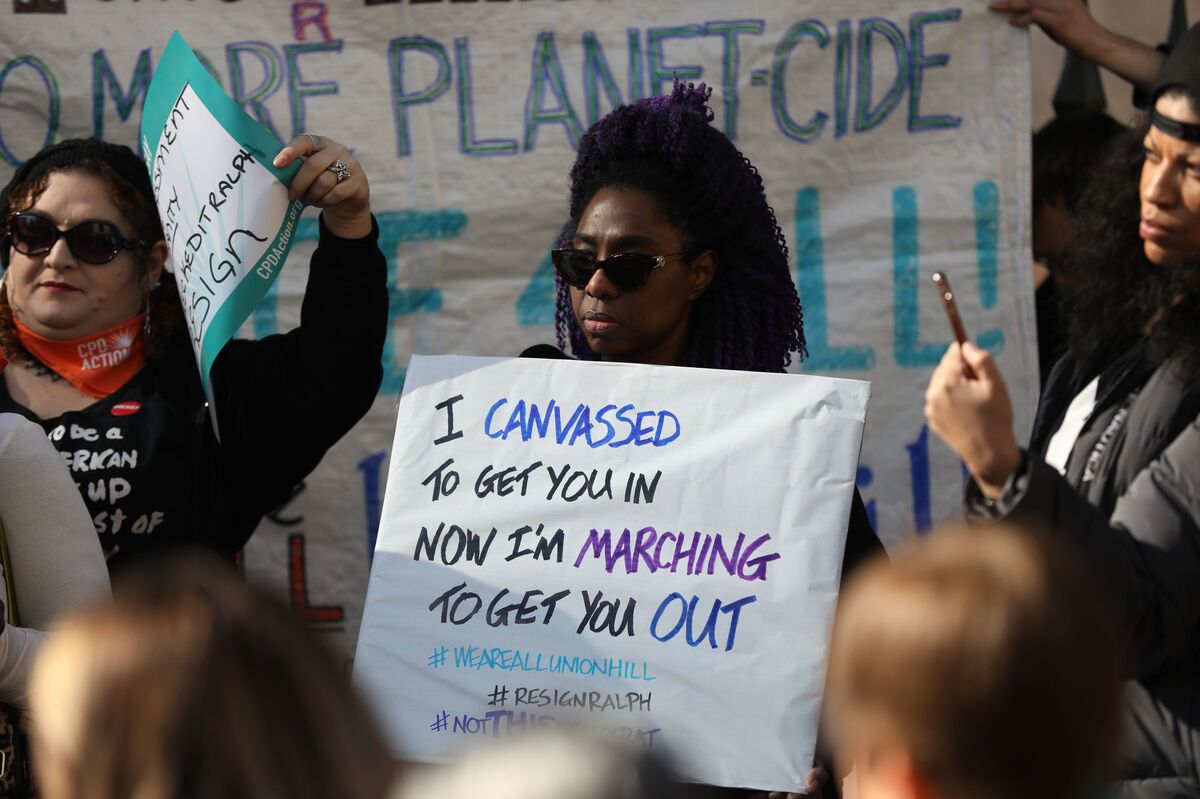 Protesters rally against Virginia Gov. Ralph Northam outside of the governor's mansion in Richmond, Va., on Feb. 4. Nearly two weeks later, many young black community leaders are still calling for him to resign.

After a calamitous few weeks, Virginia Gov. Ralph Northam is heading out on what he's calling a reconciliation tour. He is holding tight on to his office despite widespread calls to resign after a racist photo on his medical school yearbook page surfaced and he admitted to wearing blackface in the 1980s. But has vowed to focus the rest of his term on racial inequality while also examining his own white privilege. The tour starts Thursday, Feb. 21 at historically black Virginia Union University.

But some residents, especially young black community leaders, say Northam's tour is too little, too late.

Francesca Leigh Davis lives about 30 minutes outside of Richmond, Va., in rural Henrico County. She's a florist who runs her business out of her dining room. The 32-year-old says the past few weeks have been busy, and some of her flowers are wilting. "I've been trying to nurse them back to life. But it's a process," she says.

Davis is up at 4 a.m. most days, dividing her time between her business and her activism in Richmond. "I still have to be a mom and a wife too," she says.

She's been especially busy since a racist photo on Gov. Ralph Northam's 1984 medical school yearbook page surfaced on Feb. 1. After initially apologizing for appearing in the photo, the governor later held a televised press conference and said that he was neither the man in blackface nor the man in the Ku Klux Klan robe. Minutes later, he admitted to wearing blackface for a dance contest more than 30 years ago.

Davis came away from that conference, like many others, with the feeling that Northam didn't seem to understand the severity of what he did. She's wanted his resignation from day one.

In Richmond, Va., Davis helps run a group called RVA Dirt, which has a popular Twitter account and a radio show. The group has been focused on the scandal in the executive branch since it emerged.

'He Should Have Known Not To Do This': Richmond Students Talk About Northam

And many older African-American activists have softened their tone on the governor, especially since two women have accused Lt. Gov. Justin Fairfax of sexual assault and the attorney general, Mark Herring, also admitted to wearing blackface in the 1980s.

That's not the case for as many young black community leaders in Richmond who say Northam's apology is too little, too late.

When it comes to those sexual allegations against Fairfax though, Davis thinks he is due an investigation. Before he was accused, Davis says she wanted him to be the next governor, "and if these accusations are true, that's the last thing he should do."

The idea being that while Fairfax will have to face legal consequences if he did what he's accused of, "there is no system, except for the people, to hold Ralph Northam and Mark Herring accountable," and if the people don't, no one will, says Chelsea Higgs Wise, who is 34 and works at an anti-racism organization in Richmond, Va.

Wise says her concerns with the governor go back before the scandal, to when she campaigned for him in 2017. She says it bothered her that Northam wouldn't use words like "black people" or "race."

"Even in these spaces that were made for African-American people to come hear him talk, he would talk about those that were disenfranchised, those that were of poor means, but would not say our names." A spokesperson for Northam's office called that claim "absurd."

Wise says Northam wasn't a perfect candidate, but she felt like Democrats only had one choice, "because we were so desperate after the 2016 election to make sure we kept the governor's mansion blue and the state blue, we weren't really looking at who we were about to put in there."

Meanwhile, at Virginia Commonwealth University, Ravi Perry, the chair of the political science department, is talking to young Richmond Democrats about how they can move beyond the recent scandal.

"I have not met one person, under the age of 40, in the last two weeks who has said anything other than 'resign.' It's been clear. It's been across racial lines," he says.

Young Democrats want leaders who are actively addressing race, he says. It's no longer good enough not to be racist. "We have real issues. And we're not talking about those issues," Perry says.

If Virginia residents and Northam weren't explicitly addressing race before, they are now.